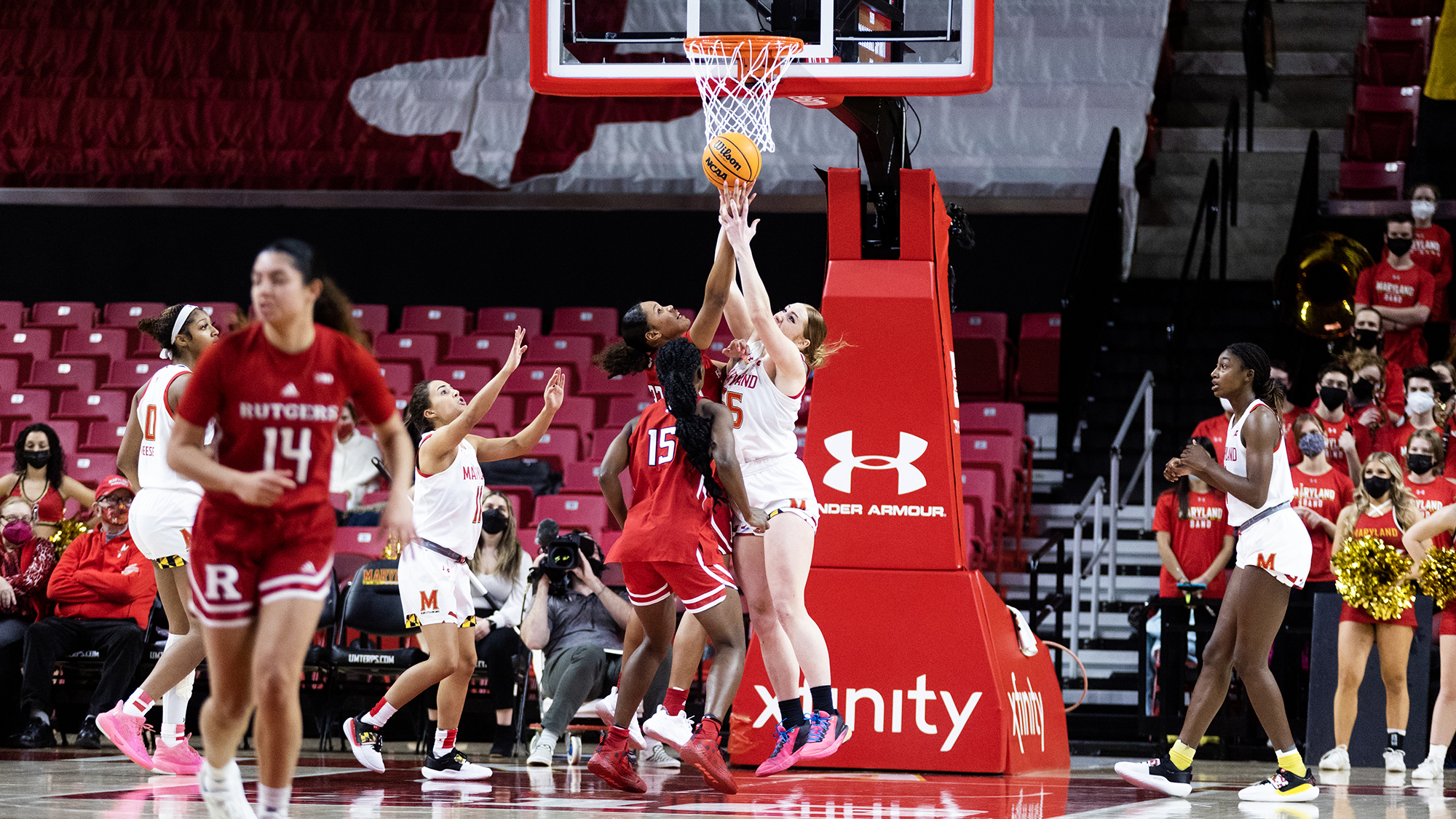 In its Sunday afternoon matchup against Penn State, Maryland women’s basketball had some trouble defending the Lady Lions beyond the arc. They cashed in on four of its six attempts in the third quarter.

Penn State didn’t sink as many threes in the final quarter, which helped secure Maryland’s third straight victory. But, a specific breakdown of its defense revealed just how much the Terps missed Faith Masonius in the half court.

Mimi Collins and Ashley Owusu — the two left side defenders — collapsed on Marisa. Shyanne Sellers occupied the weak side perimeter, but the strong side perimeter was wide open. Marisa used the space and flipped the switch to find Kelly Jekot in the left corner for a thunderous three.

While the 2-3 zone Maryland had operated on that play was more susceptible to long-range shots, the strong side guard — which likely would have been Masonius — should have stayed with Jekot along the perimeter with three players already defending Marisa.

It’s a learning curve when one of the most reliable off-ball defenders goes down for the season. But after seven games, the Terps have struggled with being consistent in the half court.

“It’s an area for us that we’re really focused and tuned into improving,” coach Brenda Frese said. “We did that this week [in practice], but now we’ve got to be able to put it together in a game.”

Frese’s squad is constantly a threat when it comes to forcing turnovers and making teams pay for those giveaways.

On the year, the Terps average nine and a half steals per game, which ranks fourth in the Big Ten. As a result, their opponents commit 18.5 turnovers per game, allowing for a conference best 6.19 margin in turnover ratio.

In the past two games alone, the opposing teams have combined for 50 turnovers. But, as sensational as they are in causing miscues or jumping passing lanes, the defense in the half court tends to lose its patience at times.

The speed at which Maryland plays may be a factor in this. As one of the top-scoring offenses in the country, the Terps love to push it up the court. With so many turnovers forced, possessions come fast and often.

Throughout the year, the Terps have struggled to consistently put together a complete game. As evidenced in its last contest, Penn State cut the deficit to as little as eight after trailing by 19 points at the half.

The defense loses steam and takes its foot off the gas a bit. Without a player like Masonius to take the edge off of some of Maryland’s starters, opposing teams can move the ball around and further tire out the Terps to draw up half court sets at a higher success rate.

Furthermore, with more offensive ball movement, the Terps are forced to defend late in the shot clock, which can not only be frustrating, but also gets them out of their ideal flow.

This has led to a Big Ten-leading 43.6 field goal percentage against tally.

“I definitely think for us it’s just a focus and an effort level that we have to continue to make sure we give for 40 minutes,” Frese said.

Late rotations will gut any lead built. It almost happened Sunday, but Penn State cooled off from three in the fourth and Maryland reestablished a double-digit lead.

“We got a lot of steals today, but we still need to thread the needle in that department,” Diamond Miller said after the game.

On Thursday, however, the Terps may not be as fortunate. Maryland will put its win streak on the line in East Lansing, Michigan, against Michigan State, a team that shoots 36.5 percent from three.

With the two jostling for positioning in the Big Ten standings, this will be a matchup that should clearly divide the upper echelon of the conference from the B tier.