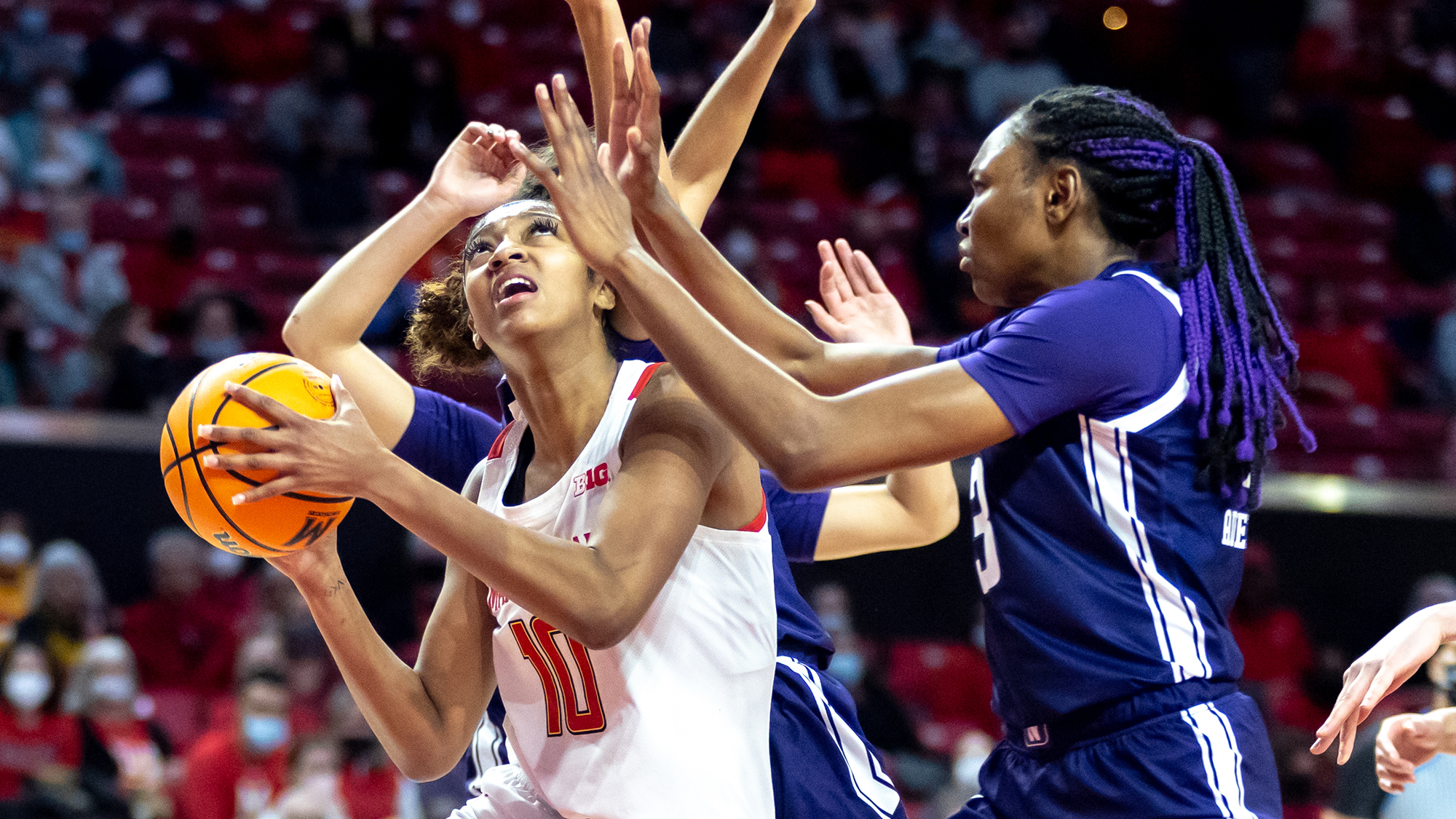 After drilling 18 threes in Sunday’s 87-59 victory over Northwestern, Maryland women’s basketball has hit the halfway point of its conference schedule.

The Terps have accumulated a 5-3 Big Ten record, good for fifth in the conference. However, of the four teams above it, Maryland has lost to the three it has played — Indiana, Michigan and Ohio State.

On the other end, the Terps’ five wins are against teams under .500 in the conference. While they boast a modest record compared to their 17-1 Big Ten record a year ago, it’s a testament to the level of competition.

Still, it’s a step in the wrong direction for a team with such high hopes going into this season.

“We knew this … was going to be a league that was going to be like no other,” coach Brenda Frese said. “The surprise for our players has probably been the adversity through injuries, through COVID, through losing their head coach for a few games. There’s been just a lot thrown on them.”

After opening the year ranked in the top five in the AP Poll and reaching as high as No. 2 in the nation, the Terps have fallen to No. 17 and currently sit as a six-seed in ESPN’s latest NCAA tournament Bracketology.

Despite the fall from preseason expectations, Maryland is revving up for a second half resurgence.

“That’s the biggest thing right now, just getting everybody back on their confidence level and playing their game,” Angel Reese said. “We’ve learned from our losses and we’re just taking it step by step, day by day and learning each day.”

Among its tribulations in the Big Ten was a recovering Diamond Miller, who has missed 10 games this season with a lingering knee issue.

Miller was second fiddle to Ashley Owusu’s 19.4 points per game, with a 17.4 mark in their one-loss conference showing last season. While Miller’s injury has contributed to a slight regression, her 14.7 points per game in conference play still ranks second on the team.

The standout junior is starting to regain her bearings within the offense as her injury fades further and further into the past, and it has translated to more confidence on the court.

“There’s another level and another gear for her, but I think the comfort level with the team now with the amount of reps that they’re getting,” Frese said. “I just think our rotations are getting a lot more comfortable on both ends of the floor.”

This is a true get-right stretch for the Terps that relies on confidence. The next five contests will be against teams below them in the Big Ten standings before gearing up for a four-game gauntlet against the top four in the conference.

Closing out the season looking to avenge its earlier losses, Maryland will be granted a prime opportunity to reestablish itself as not only the cream of the crop in the Big Ten, but as a dark horse national championship contender.

[After early retirement, Zoe Young still has a voice in Maryland women’s basketball]

The first order of business, however, is a home date against Rutgers Jan. 27.

“We know [Rutgers] will come in here really hungry and motivated, searching to be able to get a conference win,” Frese said. “We’re going to have to do our job on both ends of the floor as well as keeping them off the glass.”

It’s a new beginning for the Terps, and the team has bought in to reawakening its doubters.

“Adversity reveals your character,” Frese said. “It’s going to build them and prepare them for what lies ahead in March.”