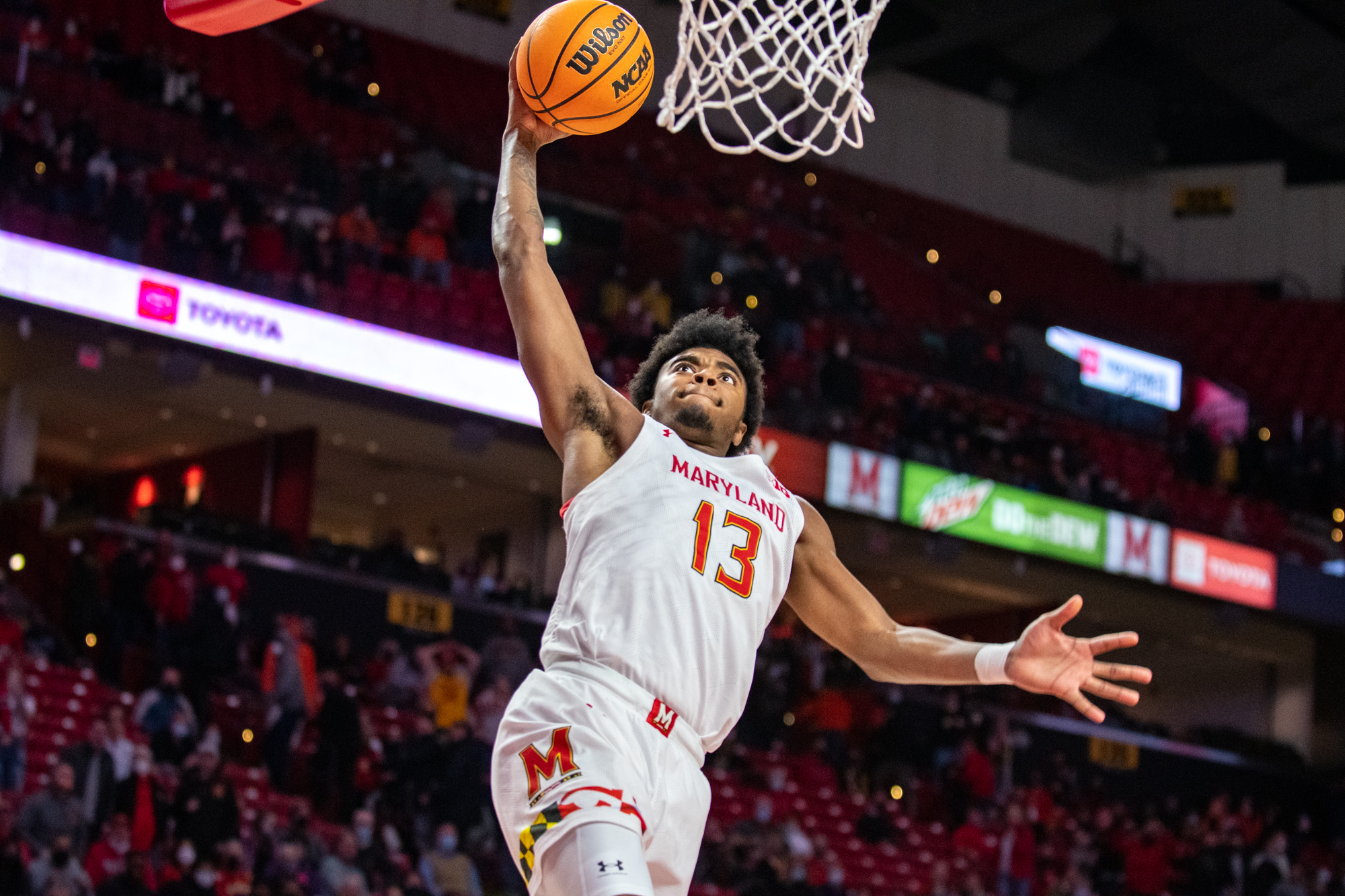 Hakim Hart rises up for a dunk during Maryland men's basketball's 81-65 win over Illinois on Jan. 21, 2022.(Joe Ryan/The Diamondback)

What to watch for Maryland: Will they have an answer for Ron Harper Jr.?

As impressive as Maryland’s upset victory over No. 17 Illinois was a few days ago, it marked only their second conference win of the season. In their last matchup with Rutgers on Jan. 15, the Terps had a strong first half only to collapse in the second. Rutgers’ star forward, Ron Harper Jr., put on a clinic. He finished the game with a career-high 31 points, and led a comeback that resulted in a 70-59 Rutgers victory. If Maryland can tone down Harper’s production, they have a decent shot at winning and continuing the momentum from beating Illinois. If not, it could be another long night for the Terps.

What to watch for Rutgers: Are they a contender, or a pretender?

The Scarlet Knights are among the fringe contenders for making March Madness as their record currently stands. The aforementioned Ron Harper Jr. is capable of completely taking over games and has a great supporting cast around him. However Rutgers has had two inexplicable losses at Penn State and at Minnesota. Penn State held Rutgers to 49 points and Minnesota was able to defeat them with three starters out. Rutgers has six games against ranked Big Ten opponents in February, so beating the Terps at home is crucial for their chances to make the NCAA tournament.