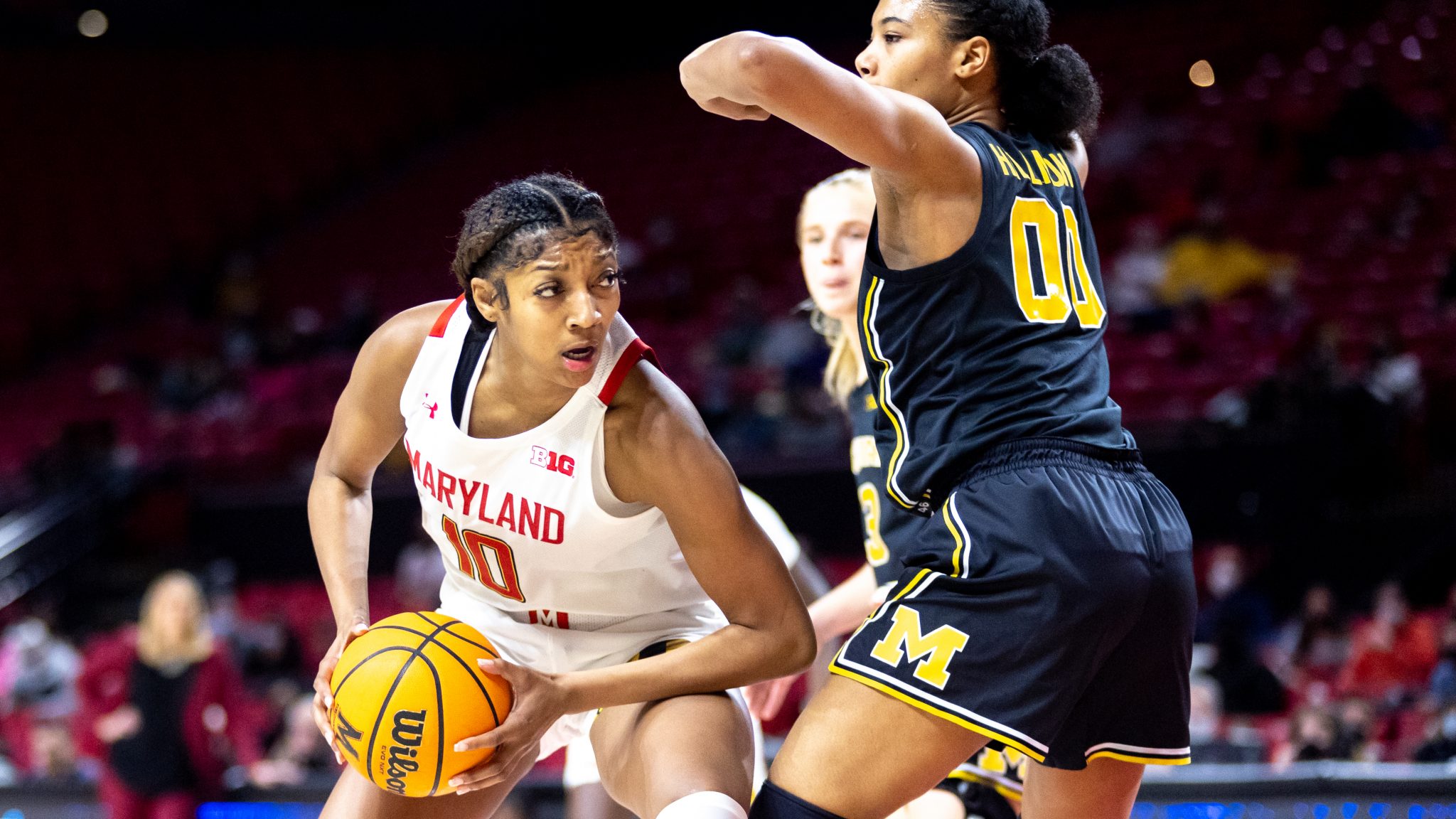 Angel Reese and Diamond Miller had a two-on-one fastbreak, a chance to score and jumpstart a disjointed Maryland women’s basketball offense.

Reese dribbled the ball up but threw her pass too late, as Michigan’s Leigha Brown grabbed it and threw it off Miller to rob the Terps of possible points late in the first half of Maryland’s Sunday evening 69-49 home loss to the No. 11 Wolverines.

The loss breaks a 31-game home winning streak for Maryland and is the fewest points the Terps have scored since December 2012.

On the next possession, Reese stole the ball and had a free path to the basket, but Michigan’s Naz Hillmon chased her down and sent the layup attempt out of bounds with a vicious block.

Reese got the ball on the next possession and found herself with an open layup, but she couldn’t capitalize as the clock expired on a disastrous second quarter for the Terps.

Maryland scored just three points in the frame. The Terps went 1-for-9 from the field with eight turnovers and were shut out for the last eight minutes and 56 seconds of the first half. Their three points were the fewest scored in a quarter since the 2015 season when the shift to quarters was made.

“Michigan did a great job on defense. They really prevented us from getting into our rhythm and into our flow, and it really showed and that’s a credit to them,” Katie Benzan said. “But it’s also us, we have to go back to the drawing board and find out how to counter that.”

Miller went to the line with 8:51 left in the third quarter for the first free throw attempts of the game for the Terps, knocking down both shots for the first points in 10 minutes, a full quarter’s worth of scoreless basketball.

Before the game, the team announced that coach Brenda Frese’s father, Bill, passed away Sunday morning at the age of 89. Maryland held a moment of silence before the game.

“I felt like this is where he would want me to be,” Frese said when asked if she considered not coaching. “He’s my heart…  I think a big piece of who I am obviously as a coach.”

Michigan’s Maddie Nolan made a career-high seven three-pointers in the game, three of which came in a hot-shooting first quarter. She finished with 21 points, and the Wolverines shot 50 percent as a team from behind the three-point line.

“We have to find shooters… honestly, this is not good enough. We talked about that. We want to improve our defense and I think we keep coming in here and I keep saying that,” Chloe Bibby said. “We got to get it out. We have to do it. We have to be faster on our rotations. I feel like tonight we were just a step late and they punished us for 40 minutes.”

As a team, the Wolverines did not shoot well, but their stifling defense allowed them to go out to a 15-point halftime lead.

The loss is the Terps’ fifth against a ranked opponent and their second in the Big Ten.

“Still searching for our identity, our energy and effort,” Frese said. “I mean, the good thing is it’s only January but at some point, we’ve got to be able to get in a rhythm as a team and be able to come out competing for 40 straight minutes.”