Diamond Miller is back to jump-start Maryland women’s basketball against No. 8 Indiana 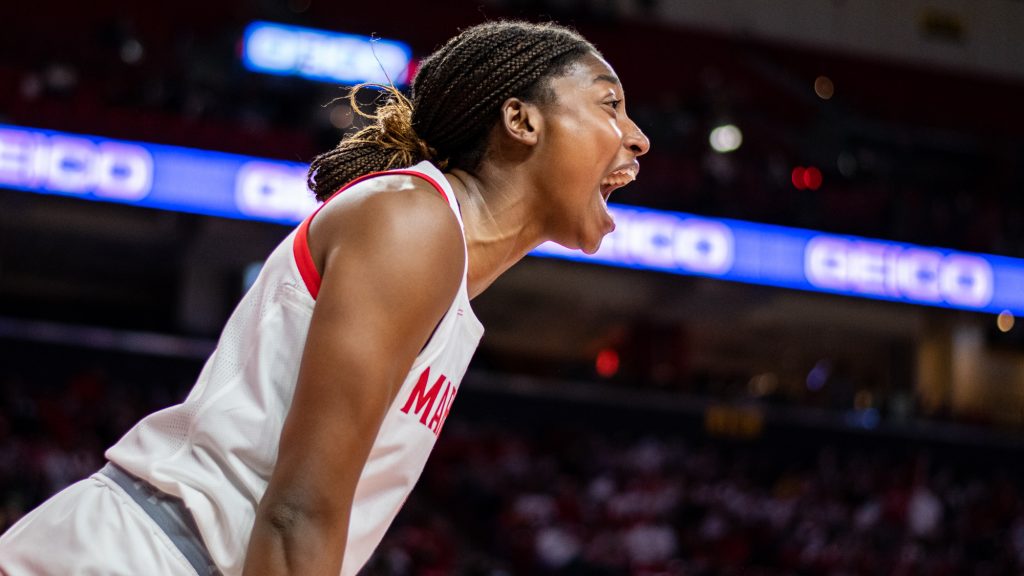 When coach Brenda Frese had four top-10 matchups scheduled in the first 12 games of Maryland women’s basketball’s season, she must have expected those competitions would better prepare her team for postseason play in March.

What she didn’t expect was that Diamond Miller, one of her best players, would only play 11 minutes against these top-tier opponents. The Terps went 1-3 against those highly-ranked opponents, including two Bahamian blowouts when they were woefully shorthanded.

Miller missed all three of those losses and has only played in three out of Maryland’s first 13 matchups with a sore right knee that’s bothered her from the beginning of the season. She played sparingly in the Nov. 21 matchup against then-No. 6 Baylor.

However, after a six-game absence, Miller returned in Maryland’s 98-52 victory over Coppin State with 10 points, six rebounds, four assists and two blocks in 21 minutes of action.

Unlike the last time she returned to the court, Miller doesn’t expect any further issues with her injury.

“I just don’t see it happening again — my knee is really really strong,” Miller said. “I’ve been working hard with all my trainers and supporting staff to get me to where I am right now.”

Entering the year, Miller was either the first or second name when people talked about the highly-touted Terps — a two-way wing with skill to get to the rim on offense and protect it on defense.

Her sophomore season was one continuous showcase, culminating when she was named to the All-Big Ten first team and Big Ten tournament co-MVP. Her junior season hasn’t had that same linear trajectory, instead stopping and starting due to the injuries.

She has a chance to jump-start her season with one game.

Maryland will play No. 8 Indiana on Sunday, their toughest conference challenger yet. Both teams enter the game with continuity, as the Hoosiers return six of their top eight leaders in minutes from last season, and the Terps return seven of eight.

The biggest difference comes for Maryland, which didn’t have Angel Reese for the last meeting due to her broken foot. Reese enters the matchup in Bloomington healthy, leading the Terps in average points (18.1) and rebounds (10.5).

“[Angel’s] definitely a beast on both sides of the court,” Miller said. “Sometimes she does stuff that other people can’t do which makes Angel who she is.”

Last season, the two teams’ only matchup was a hectic affair that featured dynamic performances on both sides. Miller finished with 20 points on 8-of-12 shooting, while then-junior Grace Berger scored 26 points and added seven assists for Indiana in an 84-80 Maryland victory.

It’s the kind of performance the Terps know their guard can have, and one they hope can be recreated in some way when they play their first game of 2022.

The coach’s only concern: getting Miller into 40-minute shape after her extended layoff.

With over ten days between games, Maryland hopes she’ll be able to build off of her Coppin State game and get the Terps a conference win against one of their biggest threats.

“Just trying to get back on my flow and be there for my teammates when I can,” Miller said.