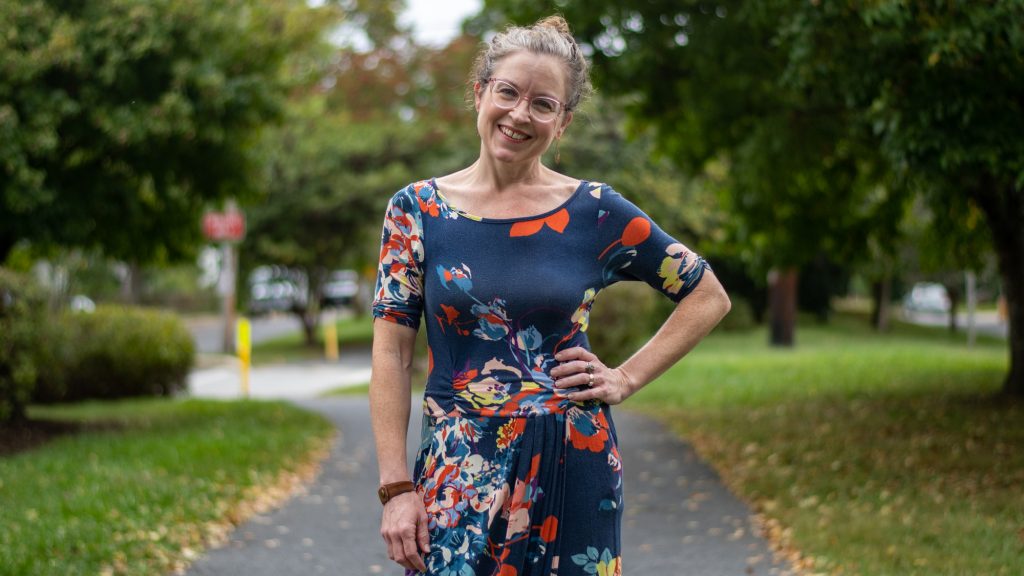 The decision to run for the College Park City Council over the summer was a long time coming for Susan Whitney, who had been mulling over the idea of running for public office for years.

But what finally pushed her to launch wasn’t a moment of divine inspiration, nor an overwhelming calling to serve — it was a sense of responsibility.

“It was pretty depressing,” Whitney said, recalling the comments of former President Donald Trump, whose election the council member-elect protested in 2017. Then, she discovered ideas similar to Trump’s had begun to arise in her own community.

In 2017, one mayoral candidate ran almost entirely on an anti-LGBTQ+ platform.

“[It] really kind of pointed out to me that I shouldn’t take that progressivism for granted,” Whitney said.

Four years later, Whitney was running for city council. And on Tuesday, she will be sworn in as a council member for College Park’s District 2. She defeated Robert Catlin, a former council member, and will replace Monroe Dennis, who decided not to run for reelection.

Though she’s entering the city council — which is mostly comprised of tenured public servants — with minimal local politics experience, Whitney believes she can do the job well.

“I know what I want to do,” Whitney said. “And I try to do it in the most efficient manner possible. I always have to be busy and challenged.”

In the summer, Llatetra Brown Esters, a District 2 incumbent, reached back out to Whitney, informing her that Dennis would retire from the city, leaving a position open. Whitney had served as Esters’ treasurer during a special election in 2020, when Esters was first elected to the council.

Esters said she believed Whitney had an “appreciation and love” for College Park that would allow her to be a successful council member.

“I think that you need to have a sense of community, the things that are important [and will] be willing to listen to people,” Esters said. “And I felt that she would be willing and able to do that.”

“I’ve learned in life to pay attention when people tell me things like that,” Whitney said.

Initially, Whitney felt she had to explain herself to some College Park residents who didn’t know her.

“I walked up to one house and the woman who lived there said, ‘I don’t know you. I’m not going to sign your petition. I don’t know anything about you,’” Whitney recalled months later.

After pitching her campaign to the woman, Whitney received her first request from a resident, still standing on the front porch, petition in hand.

“She said, ‘Well, you know, my daughter needs a job. She’s fresh out of college, and she needs a job. What can I do to help her?’ And she wrote down a name and a number and said, ‘Help me out with that. And I’ll go ahead and sign your petition,’” Whitney said. “So I made a couple calls.”

Though she isn’t sure whether or not the woman’s daughter found employment, Whitney’s willingness to work with people is her forte, she says, a strength she will soon bring with her to city hall.

After winning the election, Whitney expressed her gratitude for winning the race, saying her first step as council member-elect was to immediately jump into reading the city code and learning more about the responsibilities of her new position.

“I think that she’s constantly making sure that she’s learning, researching and getting the facts,” said Holly Rothrock, who worked with Whitney to found the D.C. Lady Arm Wrestlers, a charity arm-wrestling league based in Washington, D.C.

Whitney’s leadership and planning were crucial in organizing events for the Lady Arm Wrestlers, Rothrock said.

“[She’s] organized, gets things done, but also fun, I mean, she’s also fun to work with. So it’s a wonderful balance,” Rothrock said.

The charity raised $55,000 for charities benefiting women and children, according to Whitney.

Kelly Osborn, Whitney’s close friend and College Park resident, said she was glad Whitney decided to put her name on the ballot.

“I thought it was about time,” Osborn said. “She’s always been someone who I thought would be really good at public service.”