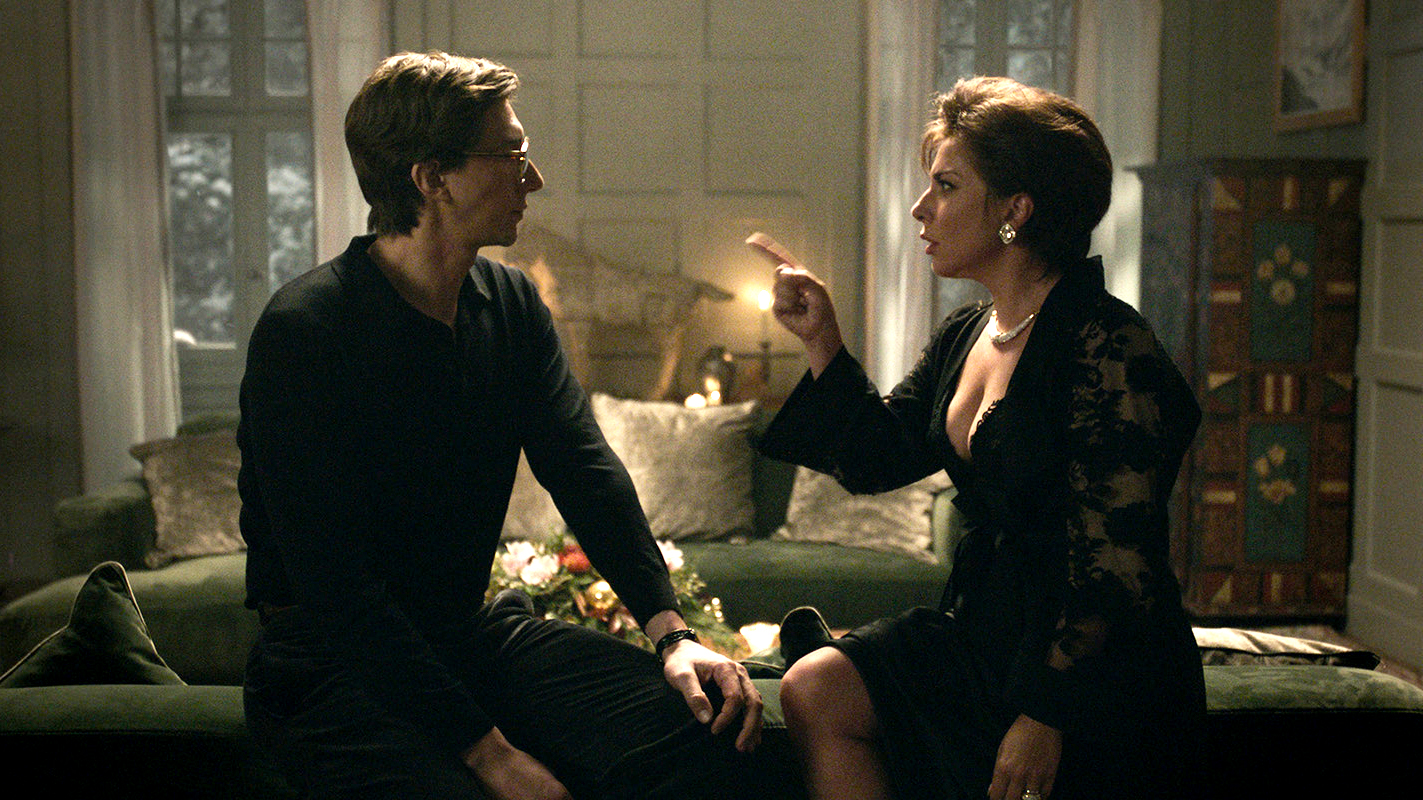 Lady Gaga returned to the silver screen to star as the leading woman in House of Gucci, Ridley Scott’s latest film. As a fan of the singer and high fashion, I had high expectations walking into the film — expectations that were certainly met.

The movie, which is based on the book The House of Gucci: A Sensational Story of Murder, Madness, Glamour, and Greed, tells the complicated love story of Patritzia Reggiani, played by Lady Gaga, and Maurizio Gucci, played by Adam Driver.

From the beginning of their innocent relationship, it was subtly clear Reggiani was possibly more in love with the name rather than the man. While she stayed with him after his father cut him off, there was still some ulterior motive. After the passing of Rodolfo Gucci, Maurizio’s father, Patritzia forces Maurizio to get back into the family business.

As a fan of Gaga, I was confident in her acting ability. Yet, the beginning of the film left me unsure of how the rest would play out. While the film’s two-and-a-half-hour length gave it a lot of room for the story to develop, you don’t want to lose the viewer in the first half hour.

All that room for detail allowed for many aspects of the film to fail and succeed. For one, there wasn’t enough detail in some areas, while there was too much in others. I’d like to learn more about Patritzia’s family and background — there’s the sense she’s from a humble background, but that’s about it.

The same curse falls upon the Guccis. Many know that Gucci is one of the most prominent luxury fashion houses in the world, but the film failed to share an insider light as to how the Guccis came to be where they were at that time. You learn Rodolfo is distanced from the brand after a dead acting career and Aldo Gucci, Rodolfo’s brother, slaps the Gucci name on tchotchkes like mugs and plates.

Yet even with the lack of background, the film is still able to communicate the strong family bond among the Guccis and how at its core, it’s a family brand.

After Gaga’s acting stint in A Star is Born, I was curious to see how she would do in her next silver screen role. The way she was able to capture the essence of Reggiani for the film shows the skills of a tried and true actor. The audience, similar to Maurizio, falls for Reggiani’s innocent charm and traditional demeanor.

As the film progresses, the true intentions of Reggiani are revealed, and you stop rooting for her. Even after falling out from under her spell, you are still sitting at the edge of your seat, waiting to see what she does next.

You see Gaga portray a descent into madness that hits its breaking point when she finds out she’s getting divorced. Even afterward, you’re still enthralled.

Unfortunately, there were some aspects of the film that damaged the plot. Mainly, the accents. The accents seemed like cheap imitations of Italian stereotypes or not Italian at all, which detracted from the film’s immersiveness.

Obviously replicating the accents won’t be perfect but for an Italian movie, the accents play a big part in a film all about Italian people.

Another shortcoming was how it felt hard to tell where the setting of the plot was geographically. The distinction between Milan, Florence and New York City was an important detail for the film. It was unclear whether they were in their New York City penthouse or a fashion show in Milan.

This was especially important in the final scene where Patritzia’s hit on Maurizio is about to follow through. I liked how it cut back and forth between the murder scene and Patrizia in her bathtub, but I wasn’t sure if Patritzia was also in Italy or if Maurizio was being murdered in Italy.

What House of Gucci really hits home on is arguably one of the most important parts: the fashion. House of Gucci is a fashion lover’s wet dream. From impersonations of Karl Lagerfeld and Grace Jones to the countless Gucci archives Gaga wore, such as a vintage red Gucci suit, it was absolutely amazing.

I even loved the highlight of Tom Ford for Gucci, as it gave a nod to the new generation of Gucci now known by a younger generation.

All in all, I think House of Gucci is successful in telling the complicated story of Maurizio and Patritzia. It’s an engaging and enthralling film experience that shines an unseen light on the luxury label we all know today. Though if you are a hardcore Italian, tread lightly in your evaluation of the accents.