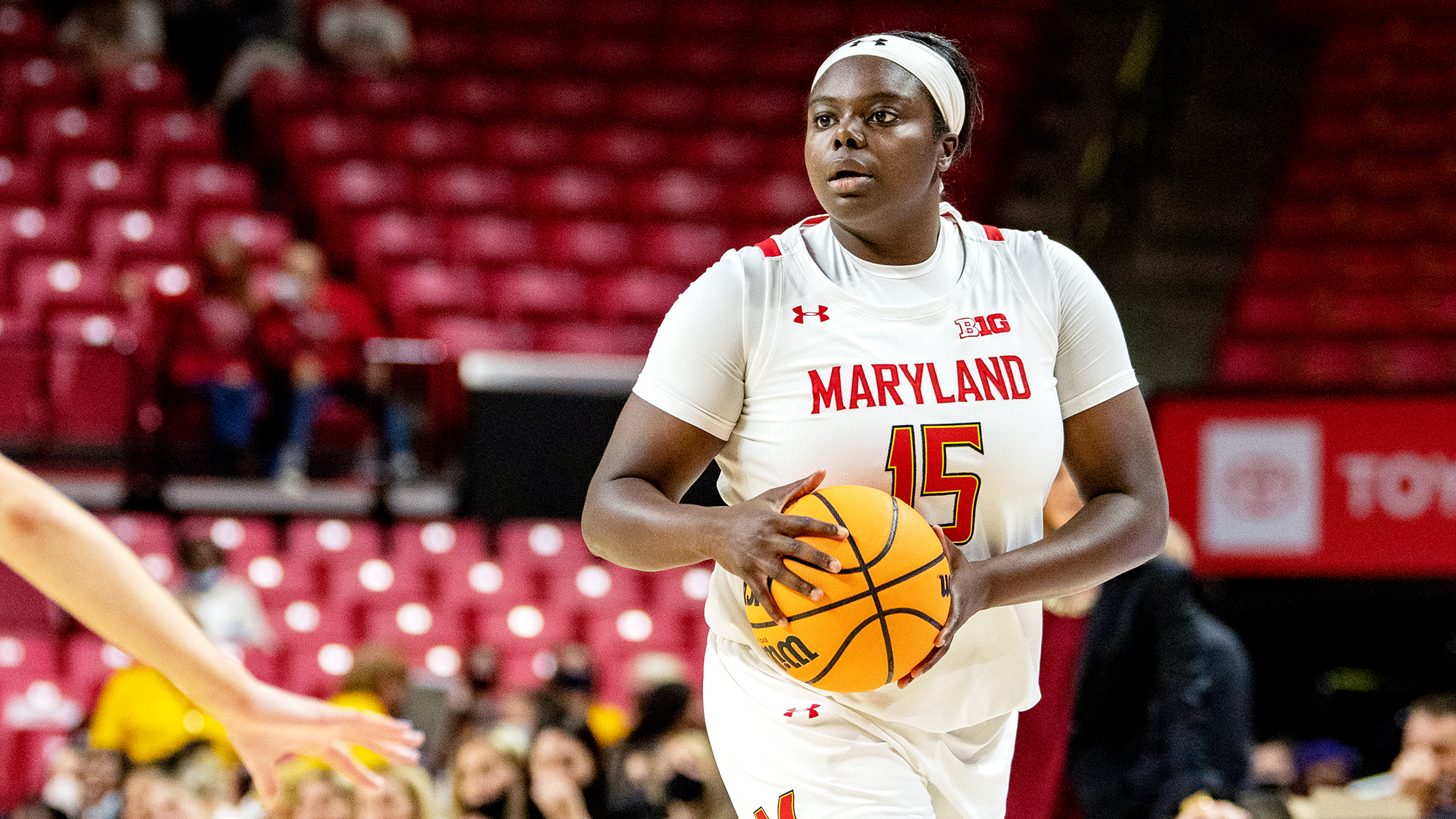 Just over a minute into the second half and holding a 28-point lead against James Madison, Maryland women’s basketball received quite the scare when Ashley Owusu turned her ankle at half court.

The Dukes had missed on the other end, allowing Owusu to receive an outlet from Mimi Collins. Owusu looked to cross half court, but Jaylin Carodine cut her off, leading to a tangle that caused the Terps guard to tumble to the ground in pain.

While the injury didn’t look too severe on the court, how the All-Big Ten First Teamer exited the floor caused concern. Two trainers helped Owusu off the floor as she struggled to put much weight on her left ankle.

A significant sprain of sorts seemed to be the grim reality as Owusu sat on the bench and iced her foot for the remainder of the game.

“With the lead, we wanted to be smart,” coach Brenda Frese said. “We got a lot of games coming up here.”

Less than a week from a huge matchup against No. 6 Baylor, a multi-game absence could spell trouble for a team already without Diamond Miller. But Maryland found hope on Monday.

Owusu practiced and is expected to be in action Tuesday against Mount St. Mary’s, per The Washington Post’s Kareem Copeland.

It’s a big sigh of relief for the Terps, as Owusu is their primary scoring guard. Through three games this season, Maryland has flexed its prowess in the paint, but having an outside threat like Owusu keeps opposing defenses guessing.

“Being able to kind of have that inside-outside presence with the shooters that we have makes us even that much more dangerous,” Frese said.

Her 14.3 points per game average is second on the team, and while Owusu isn’t her squad’s most prolific shooter, she has the confidence to pull the trigger while also being a threat to take defenders off the dribble.

But Owusu’s explosiveness is her calling card, and a bum ankle could complicate matters. A matchup with the Mountaineers will be a good way to test the waters.

The Mountaineers return four of their five starters from last year, including NEC Player of the Year Kendall Bresee. Two other returning starters — Michaela Harrison and Aryna Taylor — made the All-NEC Second Team and Third Team, respectively.

While Mount St. Mary’s boasts a solid lineup, the Mountaineers were no match for the Terps the last time out, as they lost 98-45 in the first round of the NCAA tournament on March 22. Owusu dropped a game-high 22 points in that meeting on 9-for-14 shooting.

That’s the production Maryland may not miss in this sole matchup. But if her injury extends further into the season, that could be troubling with a rigorous nonconference schedule.