Late rally not enough to get Maryland wrestling a victory, lose opener to Virginia, 24-9 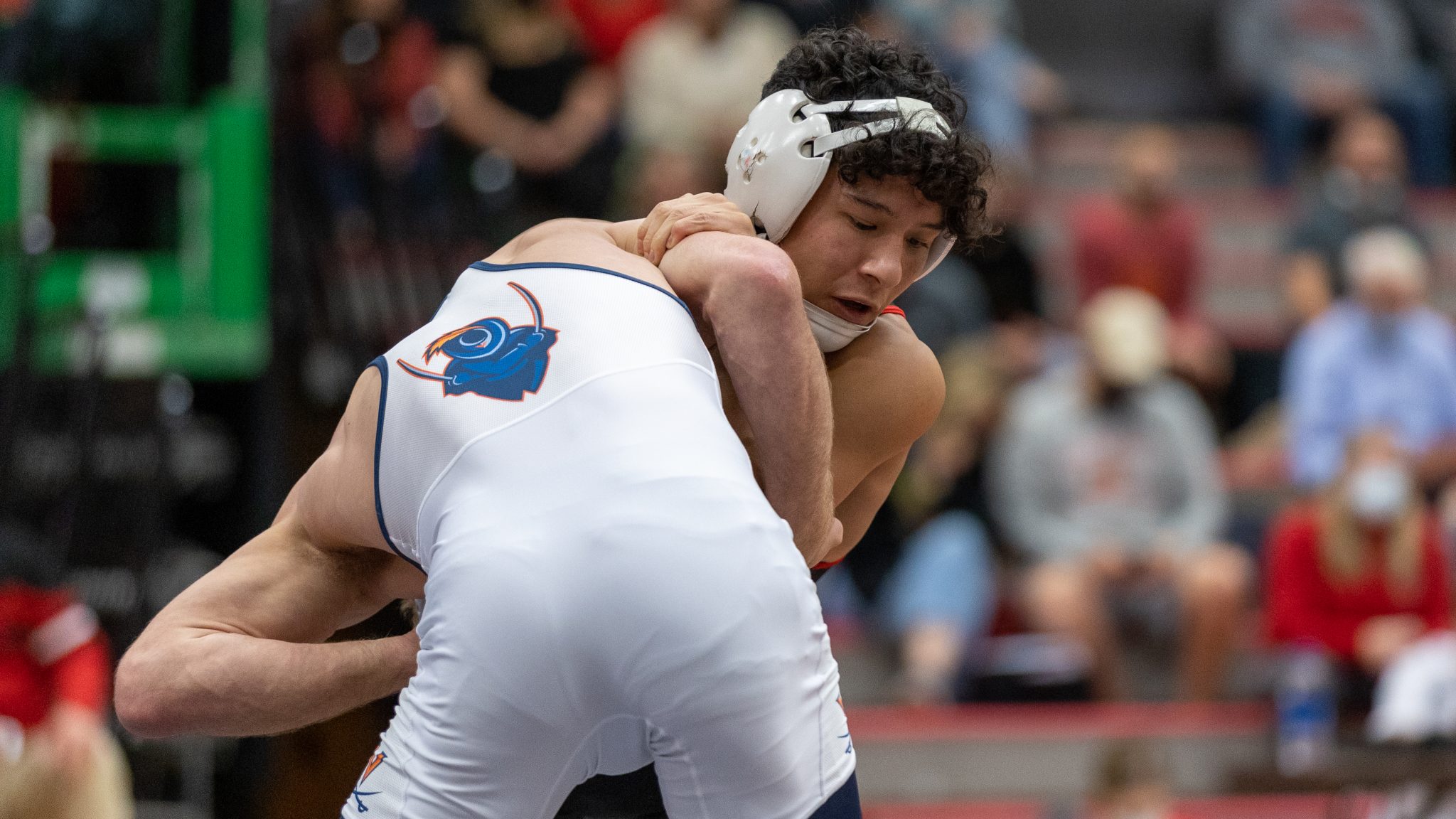 Maryland wrestling picked up three victories in its home opener, Friday, but it still wasn’t enough to earn the victory it’s been looking for. The Terps lost 24-9 to an ACC powerhouse and an old conference rival in the Virginia Cavaliers.

It was always going to be challenging for Maryland to upset a program the caliber of the Cavaliers. But, the Terps gave Virginia all it could handle and showed some fight late in the meet.

“We had a chance to win a match against a pretty good team,” coach Alex Clemsen said. “We let some individual bouts fizzle out and it cost us a chance to have a team victory.”

Dominic Solis got Maryland on the board when he and Justin Phillips went back and forth in a close 3-2 matchup, countering each other’s moves every step of the way in the third period.

But Solis saw an opening and went for it, grabbing Phillips by the legs and driving him to the mat  for a takedown that earned him a 5-2 decision victory.

Kyle Cochran followed up Solis’s performance with his own takedown of Michael Battista late in the third period to clinch a 7-4 decision victory, keeping up the Terps’ momentum.

“[Battista] is a strong kid, ” Cochran said.” He was consistent and when I got to the last period, even though I was up by one point, with riding time, I knew that I just needed the icing on the cake.”

Jaron Smith was looking to make it three in a row for Maryland and he had a promising start with a quick 10-2 lead from five takedowns on Ethan Weatherspoon, including one in the first five seconds.

But it was never going to be easy. With Smith feeling fatigued, Weatherspoon rallied behind multiple takedowns to cut the deficit to 14-12 with just under 20 seconds left in the third period.

However, Smith had a key escape to add a late point to hold on for a 16-14 victory.

Even though it looked great late for the Terps, they had their chances to pull off the upset dashed early.

It started with what plagued Maryland last season, slow starts in the 125 and 133-pound bouts. Zach Spence gave Patrick McCormick a hard-fought matchup. But McCormick’s two takedowns and 1:56 in riding time earned him a 6-3 decision victory.

In the 133 bout, King Sandoval got No. 16 Brian Courtney off his feet early for a takedown that got the home crowd excited. Courtney rebounded in the period and dominated Sandoval with a takedown of his own. He controlled the riding time in the third period to earn the 4-2 decision victory. The Terps found themselves in an early 6-0 hole as a result.

And again Maryland had its chance to put some points and wins on the board in the 141-pound bout. It was a stalemate for the first two periods between Danny Bertoni and Dylan Cedeno. But, the action picked up when Bertoni was in the down position and earned an escape point to goup, 1-0.

[On and off the wrestling mat, the Spadafora brothers are there for each other]

Cedeno picked up a quick takedown and went for the kill but Bertoni countered and earned another escape point to tie the match and send it to sudden death.

And in sudden death, Cedeno saw an opening and took it, grabbing Bertoni by his ankles in the first 20 seconds and bringing him down to earn the 4-2 victory.

“I thought [Danny] stayed in the bout and fought a lot harder,” Clemsen said. “I’d like to see him  take a [slightly] different match strategy in that last 30 seconds of regulation and in overtime.”

Maryland’s ranked wrestlers, John Martin Best and Zach Schrader, both fell in their matchups after strong starts at the Calarion Open, cooling off their early momentum.

But despite what seemed like a good showing and giving Virginia some trouble, Clemsen is still looking for more out of his group on the scoreboard ahead of Pittsburgh on Nov. 22.

“It was a step in the right direction, but I’m not into moral victories,”  Clemsen said.