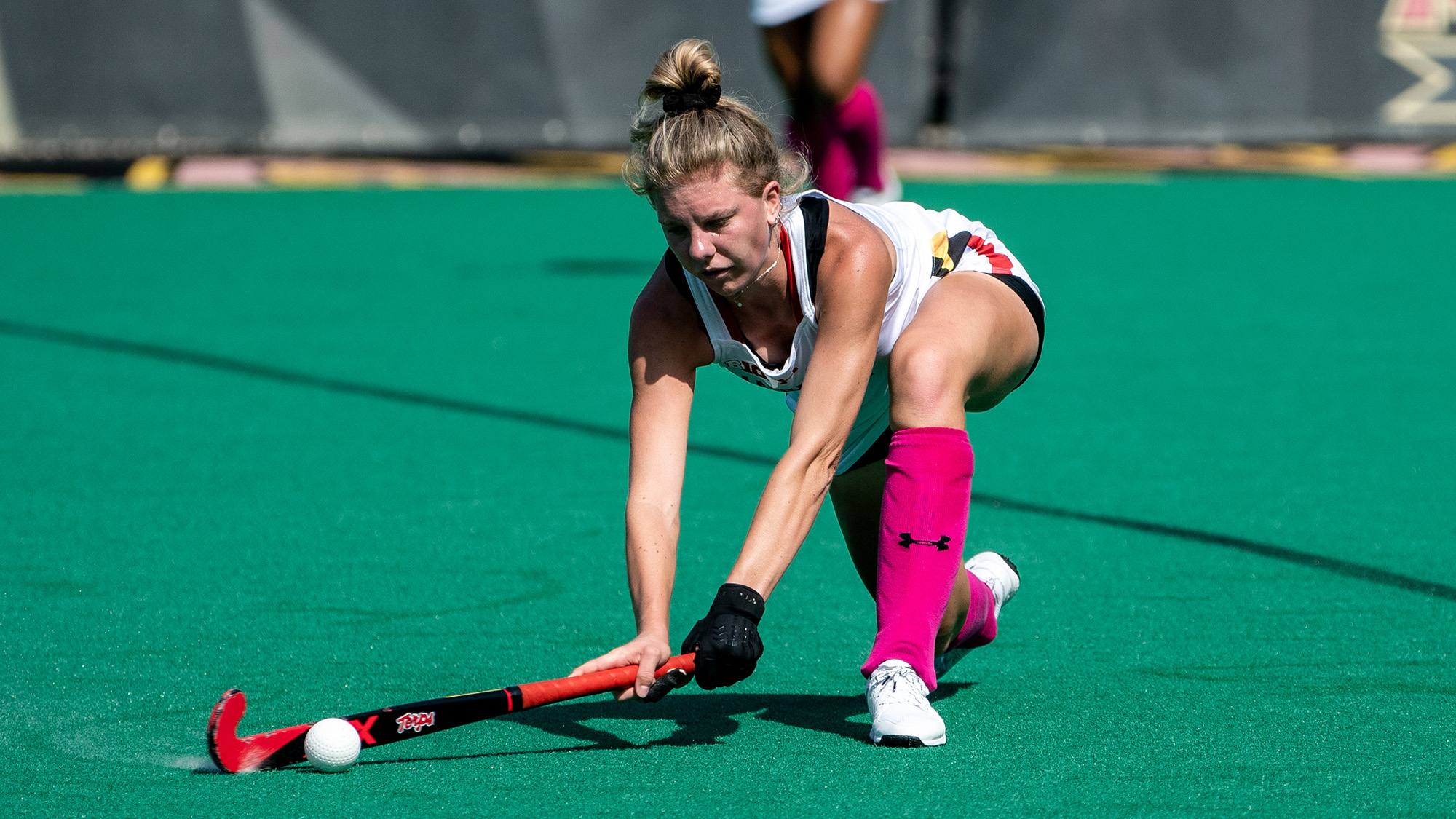 No. 8 Maryland field hockey’s defense has shined throughout the season.

While it’s the offense that scores goals and the keeper who prevents them, the defense plays a pivotal role in limiting the opponent’s chances — and coach Missy Meharg’s unit continues to impress.

When speaking about her defense, Meharg referred to a chessboard with a king and queen in the back. The king resides in his spot while the queen seeks to protect the king.

“Maura [Verleg] has started to take that role on with regard to Noelle [Frost],” Meharg said.

Verleg, now in her second season with the team after transferring from New Hampshire, has emerged as the Terps’ central defender, serving as the field general of the defensive corps.

And Verleg has starred in this major defensive role.

“With much more detail, far less risk, and way more intensity and communication,” Meharg said. “She’s really boosting her game up every day in training. So we’re in a good place.”

The Terps have already reached the final three matches of their regular season. They travel to Michigan this weekend, and will see Michigan State in East Lansing Friday and No. 2 Michigan in Ann Arbor on Sunday. Next Friday night, their regular season will wrap up against No. 21 Ohio State at home.

After its showdown with the Buckeyes to conclude the regular season, Maryland will head up to Piscataway, New Jersey, for the Big Ten tournament. Last spring, the Terps bowed out early after getting blitzed by Iowa.

A strong showing at Rutgers could lift Meharg’s squad back into the NCAA tournament, which the Terps missed for the first time in 25 years last spring.

Their defense will have a particularly tough task on Sunday. While the Wolverines are fourth in the Big Ten with 145 shots on the season, they’ve racked up a 12-1 record — the sole defeat came at the hands of No. 1 Iowa in a shootout.

But when Maryland played the top-ranked Hawkeyes, it held them to 13 shots and two goals in a narrow one-goal loss.

“We’re moving up very well around a great team,” Brooke DeBerdine said after that game.

The Terps’ defense has put up five shutouts this season — half of Maryland’s victories have had zeroes on one side of the scoreboard.

One of those shutouts came in Washington, D.C., when Meharg’s squad blew out American, 4-0.

The Terps held the Eagles — who are now ranked in the top 20 — to just five shots over the 60 minutes.

Rayne Wright has been alongside Verleg as a key part of that defense all season. And the sophomore continues to emphasize the importance of communication on the back line.

Whether it’s Verleg or Wright, the Terps’ defense is ready to face one of its toughest tests of the season on Friday afternoon.

“We’re pretty quick on getting our stops from the back and moving the ball forward,” Wright said. “So it’s a lot of just coming together, thinking as one, and then moving it forward.”