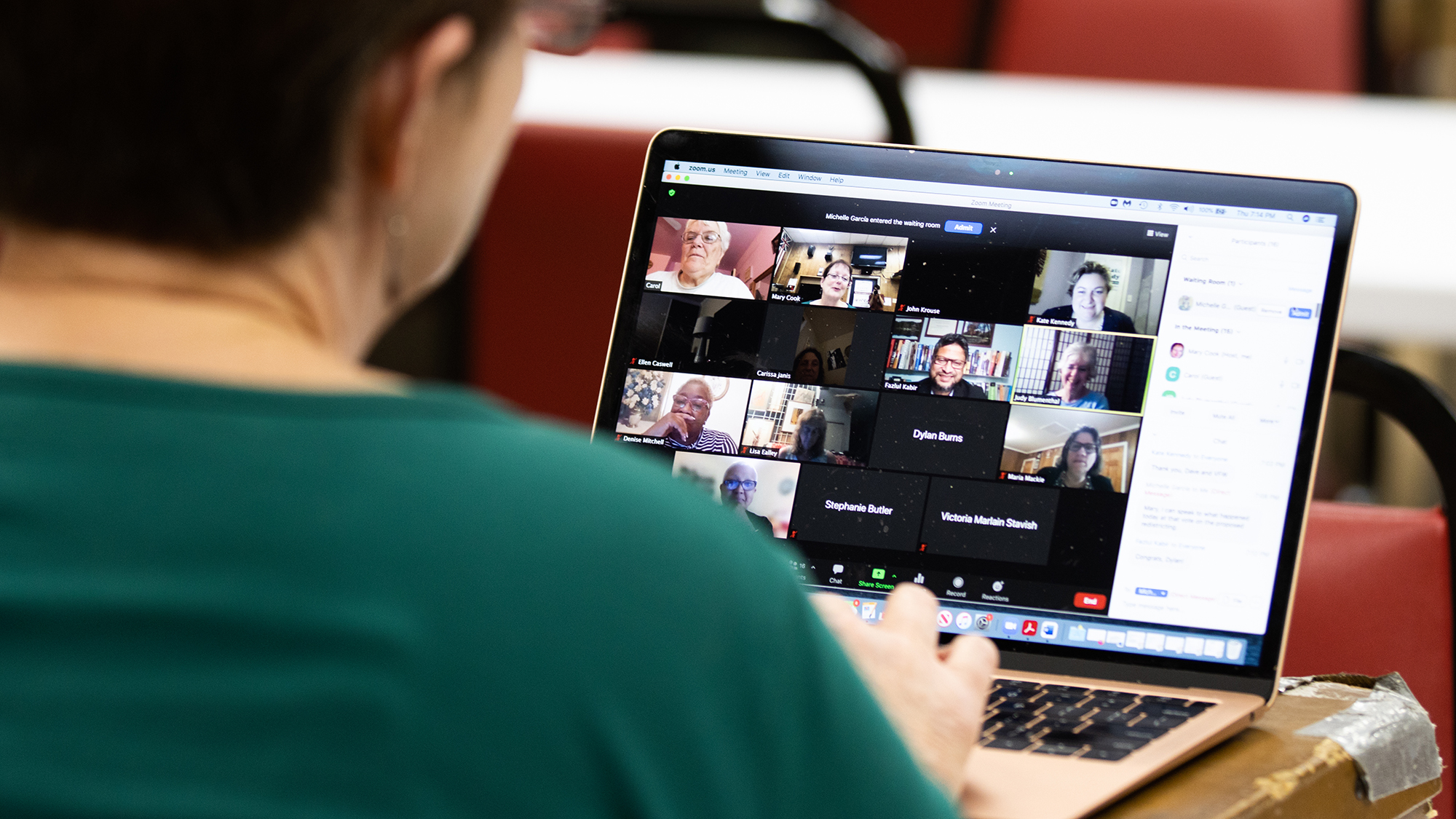 Council members from College Park's Districts 1 and 4 answered questions during a forum with the North College Park community on Oct. 14, 2021. (Kurt Leinemann/The Diamondback)

Ahead of the Nov. 7 municipal elections, council members from District 1 and 4 — both of which are uncontested — fielded questions in a virtual meeting with the North College Park community.

When asked how to retain the population of non-student residents in College Park, council members broached affordable housing, community amenities to incentivize residents to stay in the area and strategies to decrease the number of renters in the area.

“We want the percentage of rentals to dwindle and have owner occupied [housing] continue to increase,” said Kennedy, who is the chair of the Neighborhood Preservation Trust, which is a committee that promotes affordable housing, according to the City of College Park website.

Council member Kennedy also noted that bringing in more young families is difficult given the increasing value of many homes in College Park, many of which she said are above $700,000.

[Here’s how to register for the upcoming Nov. 7 College Park City Council election]

Council member Kabir cited lacking community amenities and education opportunities after elementary school as reasons that families may move out of College Park. He said he hopes projects such as the North Cultural Community Center and expanded tutoring programs will help retain residents.

Council members also discussed the lack of enforcement of code regulations, such as acceptable fence heights, in the city.

Council member Mackie said that the issue starts with clarifying city codes and giving enforcement officers the resources they need to do their jobs.

“One of the things that’s really important is that we have codes that can be enforced and that are workable for code enforcement officers,” Mackie said.

On the other hand, there also needs to be a system for residents to report code violations easily and efficiently, Kabir said.

“We’re trying to empower the residents like you,” Kabir said. “If there is a code violation or anything you see that shouldn’t be happening then you should be able to report, without going through lots of hoops and red tapes.”

Council members also commented on how they believe the $22 million of coronavirus relief funds from the American Rescue Plan should be allocated in College Park.

Kennedy, Mackie and Mitchell all said they thought senior housing and stormwater drainage were issues that should be addressed with this funding.

“With this round of money, we are looking to be more strategic about some long term initiatives,” Kennedy said.

Mitchell said she would also appreciate input from the residents on how to allocate the funding.

“I would like us to have an open door, dialogue, and maybe a town hall with residents,” Mitchell said.

Regulating Hollywood Dog Park was also up for debate on Thursday as some residents have been bringing their pit bulls to the off-leash park despite a 1997 ban that makes pit bulls illegal in Prince George’s County.

Council member Kennedy, who owns a labrador pit bull mix, said that it is unfair to blame pit bulls as a breed for inappropriate park behavior because not all pit bulls are dangerous.

“People that work with dogs know that pit bulls are not a problem unless they have been bred or have been trained to be a problem,” Kennedy said.

Kabir however, said that regulation of the dog park is based on a county ban and therefore should be followed and enforced by the council members.