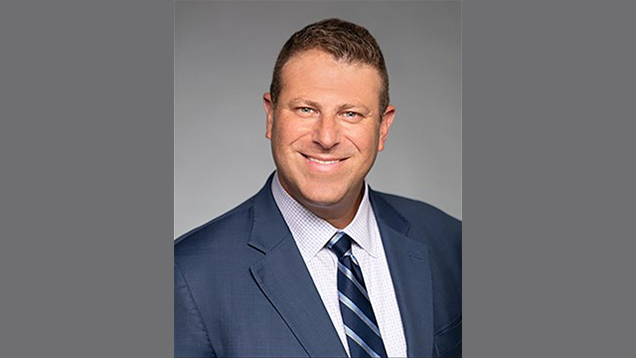 When Jon Schwartz submitted his first sports article to The Diamondback over 25 years ago, his editor told him it would be the last story he’d write. But after a long sigh, he told Schwartz to pull up a chair.

The two proceeded to read and make changes to the story together, which Schwartz considers to be a very formative incident to this day. Though he didn’t pursue journalism, the mentoring he received stuck out to him.

“This was a peer learning experience,” Schwartz said. “It wasn’t prompted by a professor, or an internship, or a student advisor coaxing someone else to help. He just helped me because it was part of the ethos.”

Schwartz, who became the senior vice president of communications at the Big Ten Conference in June, said it’s his goal to make the interests of the Big Ten’s 14 member institutions his first priority in his new role.

In addition to starting his job with the Big Ten, Schwartz recently launched a podcast called the Sports Mentoring Project to uncover how sports figures were mentored along their journey to prominence. His past guests include Baseball Hall of Famer Joe Torre, Washington Football Team head coach Ron Rivera and ESPN broadcaster Dick Vitale.

I spoke with Schwartz about his path to the Big Ten Commissioner’s office and his hopes for the conference going forward. Our conversation has been lightly edited for clarity:

Q: How did you end up on [the public relations] side of the coin?

A: I took a course in copy editing, and I remember vividly that I didn’t do all that well in the course, but I remember how impactful it was to go through the course. It was the best course I’ve ever taken at any level of education that I’ve had. It helped me understand the constructs of news writing, and I thought that was a really important cornerstone of me taking the leap to public relations.

Q: How does [your experience] help you in your new role with the Big Ten?

A: I have not been in college athletics in two-and-a-half decades. I just haven’t. You can make the same argument when I was at the NFL and NASCAR for the last 10 years … What I did have, which is a little different, is experience of having worked on the team side, on the league side, working with a media conglomerate, working at multiple sponsors. I understand all different sides of the business of sports from a marketing communications perspective, and I brought that to the Big Ten. That’s where I’m just a little different with that respect: I’ve had some of these different kinds of experiences … I’m on a really cool learning journey in college athletics, but I also bring a wealth of experience from other parts of the sports industry. I think that is hopefully going to serve our member institutions well.

Q: Why, ultimately, did you want to work for the Big Ten?

A: I think that the Big Ten conference is a collection of 14 of the most amazing member institutions anywhere … This is an incredibly dynamic group of people. I jumped at the chance to go work for Commissioner Kevin Warren because he puts that group first. That’s working in an ecosystem that includes lots of very important constituents. It reminds me of my days at NASCAR and the NFL because that is the most important thing: serving our member institutions and working with them to drive forward their objectives.

Q: What sort of big challenges do you think you face in your new role?

A: The timing is just incredible for a lot of different reasons. There is just so much happening. Getting thrown into the deep end, in many ways, is a good thing because I have an opportunity and I’m blessed to work on some really important initiatives in some really important areas. I’m also a bit of an experiential learner. … Going through something is so informative to the teaching process … This is an incredibly unique time in college athletics. I think in many ways we’ve reached this inflection point. 150 years of college sports, and now student-athletes have gained the opportunity to be compensated for their name, image and likeness … It’s just a really incredible time to be a part of college athletics and also the Big Ten conference, and it’s going to be challenging. This is a really challenging time for everybody, and that’s part of what attracted me to this opportunity.

Q: How are you hoping that [Big Ten] schools are pushed forward?

A: The big hope that I have is that we can continue to work together …  to see how we can move everybody’s unique objectives forward. I think the mistake that we can make is to apply the same approach to every single member institution, and in many ways, that’s not fair. What happens in and around the campus at the University of Maryland is wildly different than what happens at Ohio State University. Nothing is wrong with that. It’s just different.

Q: How does [your volunteer work] help you give back to younger generations?

A: I get great energy around helping others and mentoring others. I was involved for many years, I still am, with the American Special Hockey Association, for children and adults who have intellectual and developmental disabilities … It provides a bit of physical fitness and socialization that other sports don’t. Getting involved in that back in 2002, I’ve been involved ever since — It’s been an extraordinary journey. I’m proud to be the chairman of that … I’ve had this amazing mentorship from lots of different people, and there’s no better example of mentorship than in sports, than in college athletics. As a nod to all my mentors, I started this podcast in early March called the Sports Mentoring Project, and I’ve had some incredible guests … They all have shared these stories with me about mentoring. It’s just really been so rewarding to be the conduit to share those stories with other people.