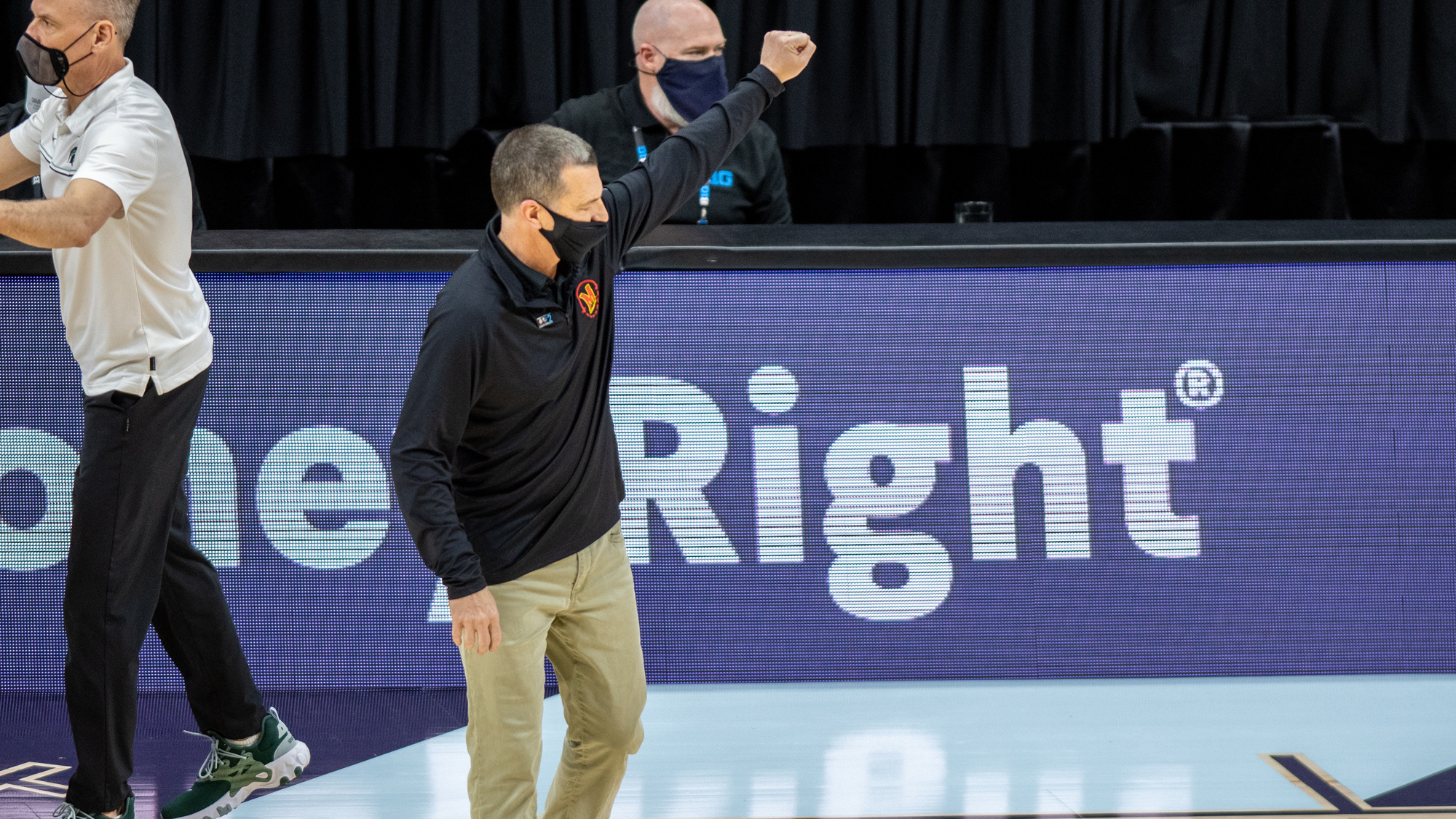 Maryland men’s basketball has made a lot of changes over the offseason.

The Terps have added nine new players to their roster — some have years of college basketball experience, others are some of the youngest players in the league. Maryland has also lost two key pieces on both ends of the court in Darryl Morsell and Aaron Wiggins, and coach Mark Turgeon has brought in new talent to fill the gaps they’ve left.

Turgeon has a lot to look forward to this season after a summer of transition. But he let it be known at Maryland men’s basketball’s media day that most of his emotion rests in one place.

“Probably the thing I’m most excited about is how well our guys get along,” he said.

And his players say the same.

New and old Terps are proud of the environment they’ve created on the court at Xfinity Center and beyond. Even the youngest players are fitting in well on one of the oldest teams Maryland has had in recent memory.

“Donta’s helping me so much because he’s in my position,” Dziuba said. “This [is] actually how I want to play, so, I’m looking [up to] him.”

The Terps have also forged relationships with the younger players off the court. And those relationships are helping new players adjust and improve their game.

“One thing I’ll say about our team is that, even off the court, we love to hang out with each other,” freshman James Graham III said. “We’re always with each other, any time, playing the game … I will say that this is one of the closest teams I’ve ever been a part of in terms of everyone actually, genuinely, liking each other.”

One of the strongest friendships, though, is the bond between Rhode Island transfer Fatts Russell and Eric Ayala.

Russell and Ayala have known each other for years. They competed against each other in the AAU circuit when they were in middle school and have kept in touch ever since.

The veteran players — Ayala, Russell, Scott and Hakim Hart — have taken well to each other. And their coaches have taken note of the bond between them.

“You see some of the guys have grown up with each other, played high school ball,” assistant coach Bruce Shingler said. “Hakim, Fatts and Donta have known each other for years and you can see that chemistry.”

Growing up with his teammates has allowed Russell to appreciate their game. He and the other potential starters are each other’s biggest fans.

“It’s fun playing with Eric, Donta, [Hakim], [Qudus Wahab],” Russell said. “Sometimes I get into, like, being a fan … I see Eric get a crazy shot and I forget, oh snap I’m on the court with him.”

Even though many of the players have history together, Russell credits Turgeon for the positive atmosphere around the team.

And Russell is optimistic that the team’s bond will translate to success on the court this season.

“[Turgeon] recruits great people. And then when you have great people around, then it’s easy to gel with,” Russell said. “We don’t have nobody with any hidden agendas. We’re the best of friends off the court so when we get on the court, it’s easy.”