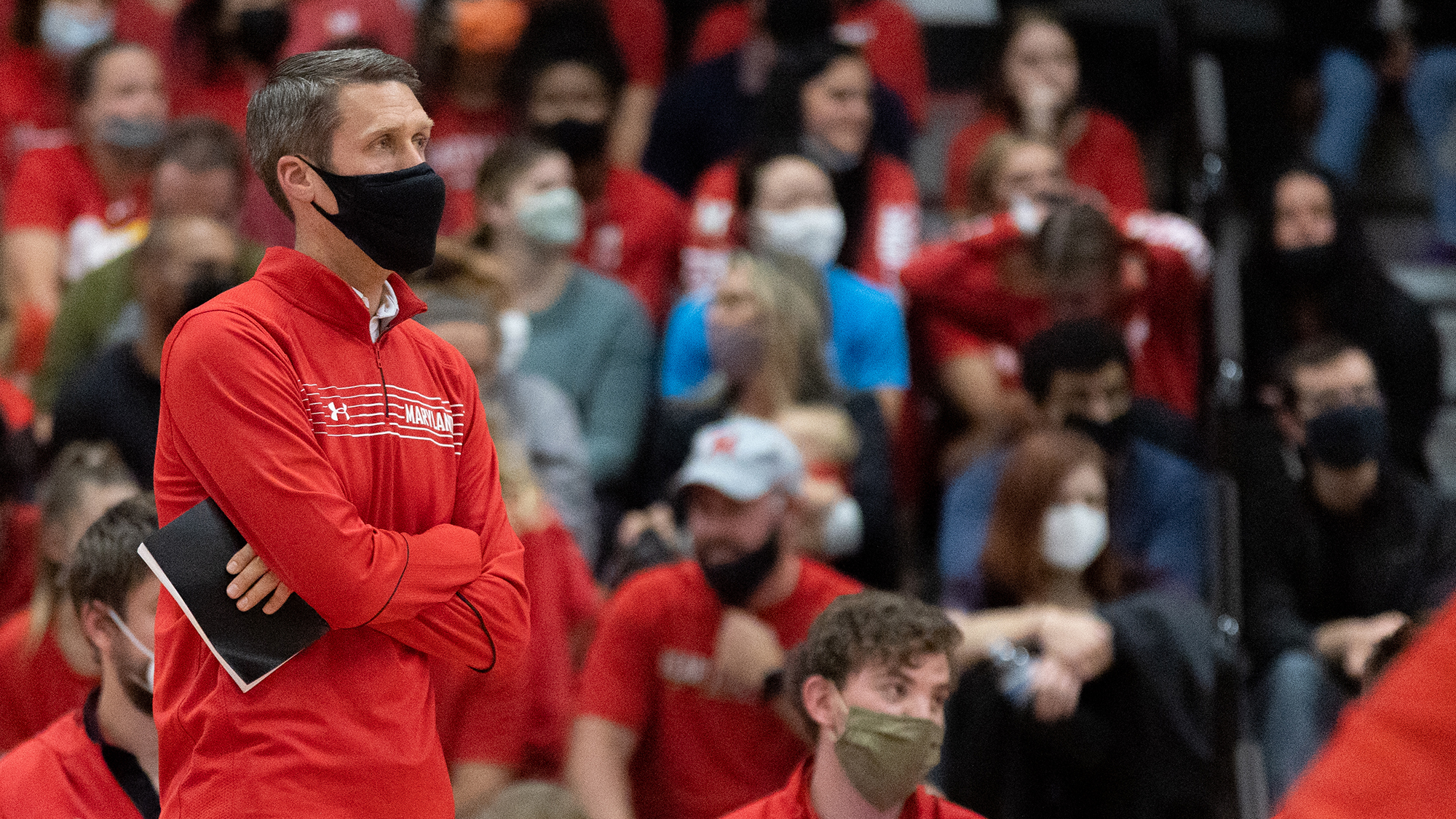 After the No. 7 Ohio State Buckeyes swept the Terps on the road in Columbus on Saturday, the team flew home for a week of practice ahead of back-to-back matches at home in College Park.

For Hughes, a long week of practice and recovery was exactly what his team needed.

“After that Saturday trip we were able to get home at a reasonable time, and get a true day off on Sunday,” Hughes said. “It’s not just the recovery, it’s also the focus you can have on yourself in practice.”

Despite the Terps putting the most strenuous stretch of the slate behind them, Hughes’ squad will quickly need to regroup for a weekend doubleheader with two more Big Ten foes.

Maryland will kick off its two day homestand on Friday evening against Northwestern, a team which took No. 8 Minnesota to the brink of defeat just last week. Led by star outside hitter Temi Thomas-Ailara, the Wildcats split their two-game series with the Terps last season and are looking for their second conference victory of the season.

“This is a tough matchup for us,” Hughes said of Northwestern. “I think they have arguably one of the best attackers in the country … [Thomas-Ailara] is one of the most physical players there is, so we’ll have our hands full.”

Thomas-Ailara currently ranks seventh in the loaded Big Ten conference with a 3.68 kills per set average, while also boasting a blazing fast jump-serve from the service line. For Hughes and his coaching staff, adjusting to Thomas-Ailara’s unorthodox style will be paramount in preparation for the Wildcats.

“I think she’s got the ability to kind of move the ball around, she doesn’t have a lot of tendencies, I think sometimes she’s just getting back there and banging it, reminds me a little bit more of the men’s game,” Hughes said. “We’ll try to mimic it as best we can, and it’s more just to try and get comfortable knowing that this is what’s coming.”

And just hours after squaring up with Thomas-Ailara and the Wildcats at The Pavilion, the Terps will take the same floor Saturday evening against former coach Steve Aird and the Indiana Hoosiers.

The Hoosiers, much like the Terps, have dropped their last three matches to top 25 Big Ten opponents. Aird’s squad will travel straight to College Park following a Friday night showdown with Rutgers in Piscataway, New Jersey.

Outside hitter Lexi Kohut, who will likely get a substantial increase in playing time in the absence of Paula Neciporuka, is wary of the challenge ahead.

“We know that these are two very beatable teams, but two teams that are going to give us a tough time on the court — they’re not just going to let up and roll over and give us a win,” Kohut said.

But for Kohut, scouting and preparing for Northwestern and Indiana hasn’t been at the top of Maryland’s priority list heading into the weekend.

She believes focusing on introspection and learning is what will help the Terps regain their mojo following three straight defeats.

“Coming off of a few losses here, it’s really important to us that we kind of go into this match really prepared, focused on our side of the court, what we can do best, how we can control the game on our side,” Kohut said.