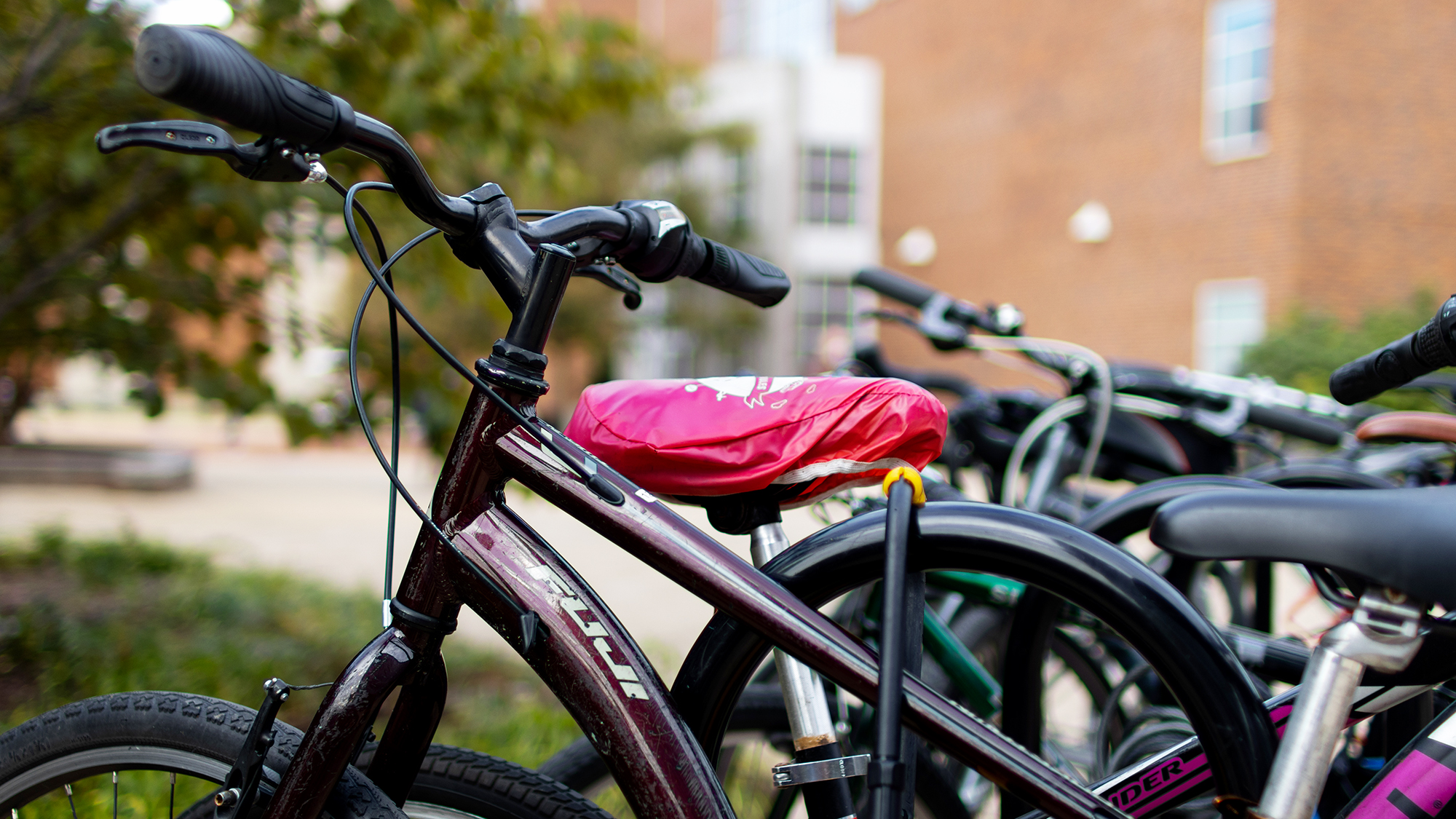 BikeUMD Concierge is designed to get more students and faculty to bike to the university. (Kurt Leinemann/The Diamondback)

The University of Maryland launched a bike concierge program this fall to offer advice and help cyclists plan campus commutes. Some cyclists say the initiative is a way for DOTS to regain the trust of the student body.
BikeUMD Concierge is designed to get more students and faculty to bike to the university, according to the Department of Transportation Services. The program offers one-on-one consultations and ride alongs for those who are new to commuting by bike, as well as tips on bike accessories and maintenance.

“We hope to address the needs of new bicycle commuters and show that a bike commute is attainable and fun,” DOTS wrote in a statement to The Diamondback.

Jake Muma, a sophomore kinesiology major who bikes on the campus, said he doesn’t “think any negatives could come from this program.” At best, it could improve DOTS’ reputation among students, he said.

“I’ve only been here for like a month or two, and they already don’t have a good reputation in my book,” Muma said of DOTS.
Nevertheless, Muma said the new program is “a good start” for DOTS to mend relationships with the campus community.

In the initial six-week offering period, 19 people registered for the bike concierge. More than half of participants requested help with route planning, in which DOTS sends a recommended bike route via Google Maps that includes elevation changes and estimated times, according to DOTS.

Valerie Hoy, an IT Coordinator at the agriculture and natural resources college, bikes three miles to work four days a week. She said she would have appreciated having this program when she first started biking to work in 2012, though it might take time to attract people.

“The more that people see programs that make DOTS seem inclusive and welcoming and like, you know, fun and helpful rather than just critical and kind of … like an enforcement body only, I think it could be beneficial,” Hoy said.

Others, such as Alec Musheno, a senior government and politics and management major said that while it seems like a helpful program and that the effort is coming from a good place, it won’t help to solve a bigger problem.

Musheno, who bikes to the campus from Courtyards, said he has two choices when he commutes to school. He can either take the sidewalk, which he knows he isn’t supposed to do, or the road, which he knows just makes cars mad at him.

“Cars don’t want [bikers on the road]. I’m so slow compared to a car,” Musheno said.

In a statement, the department wrote that it looks forward to seeing the BikeUMD Concierge grow and that it is proud to “build on the bicycling growth trend that emerged during the pandemic.”

Alexander Smead, a senior information science major, said he thinks the program is a good idea and it might actually reveal a different side of DOTS to the campus community.

“Even though DOTS does have the bad reputation … I feel like those are just people doing their job,” Smead said. “If they set up something where they’re … telling students, ‘You can come here and get help from us,’ I feel like [the students] are gonna generally be pretty receptive and nice.”