Review: ‘Working for the Knife’ by Mitski was worth the wait 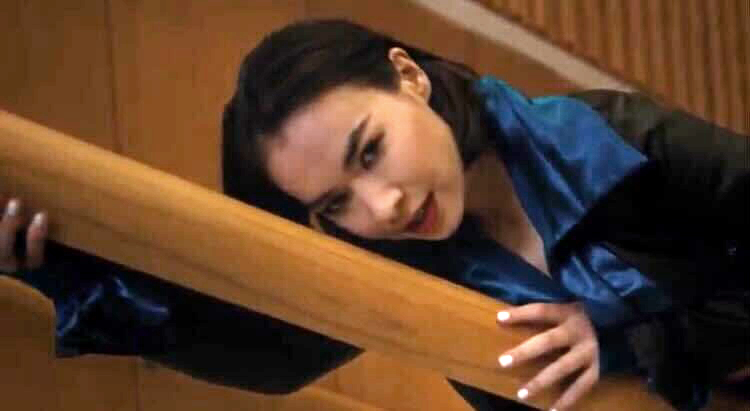 On Tuesday, Japanese-American singer-songwriter Mitski released a track titled “Working for the Knife,” a preview of her sixth studio album.

After a brief hiatus that left fans wondering if she’d return to music, the two-minute and 38-second track features dark and heart-wrenching lyrics — classic elements of Mitski.

Her soothing mezzo-soprano voice carries effortlessly as she guides your ears through the dilemma that is moving through life as it moves on without you.

“I always knew the world moves on/I just didn’t know it would go without me,” the lyrics say.

That ought to make you tear up. And if that wasn’t enough, here are two verses where she talks about her dreams that never took off: “I wish I was making things too/But I’m working for the knife/I used to think I would tell stories/But nobody cared for the stories I had about.”

The track’s release comes after several years of fans starving for new music.

On March 6, 2015, Mitski performed live at WMUC 88.1 FM, the University of Maryland’s radio station. After performing her latest album at the time, Bury Me at Makeout Creek, she later went on to release two more studio albums.

But after blessing her fans with the record, Be the Cowboy in 2018, Mitski left us in a drought, longing for more content and her return.

At her last live performance at Summerstage in New York City in Sept. 2019, Mitski said the performance would be her “last show indefinitely.” This, of course, caused fans to fear the end of Mitski.

She then resurfaced on social media to let fans know she was not done with music.

“I sense that if I don’t step away soon, my self-worth / identity will start depending too much on staying in the game, in the constant churn,” Mitski wrote in a tweet that has since been deleted.

Over the past few years, her tracks continued to remain popular on social media platforms such as TikTok and Spotify.

Most notably, “Nobody” and “Washing Machine Heart” were favorites on TikTok, as they were trending over the past year. But that doesn’t even begin to cover the depth of Mitski’s discography.

My favorites include the aforementioned tracks, “Strawberry Blond” and “First Love / Last Spring.”

Mitski is known for her “genre-bending” sound, as she can be heard with influences of rock, indie-pop and sometimes even indie-folk.

Her sound is classic and unique, offering new and thought-provoking lyrics with melodic elements that resonate well every time.

Before pursuing music, Mitski was enrolled in college for film. But she has many stories to tell with her music.

The music video for “Working for the Knife” is, for lack of better words, just beautiful. It features many shades of blue and Mitski really makes a statement with color symbolism. It’s dramatic and everything we needed in 2021.

The end of the music video includes an outro of silence with Mitski’s interpretive dancing, which appears to be a performance of emotions.

Aside from the video, we also received news of her upcoming tour in 2022. Mark your calendar for March 26, 2022, in Washington, D.C. So take the metro into the city and head to the Anthem to see Mitski next spring.