A year after Original Ledo Restaurant closed, a new Ledo franchise is open in College Park 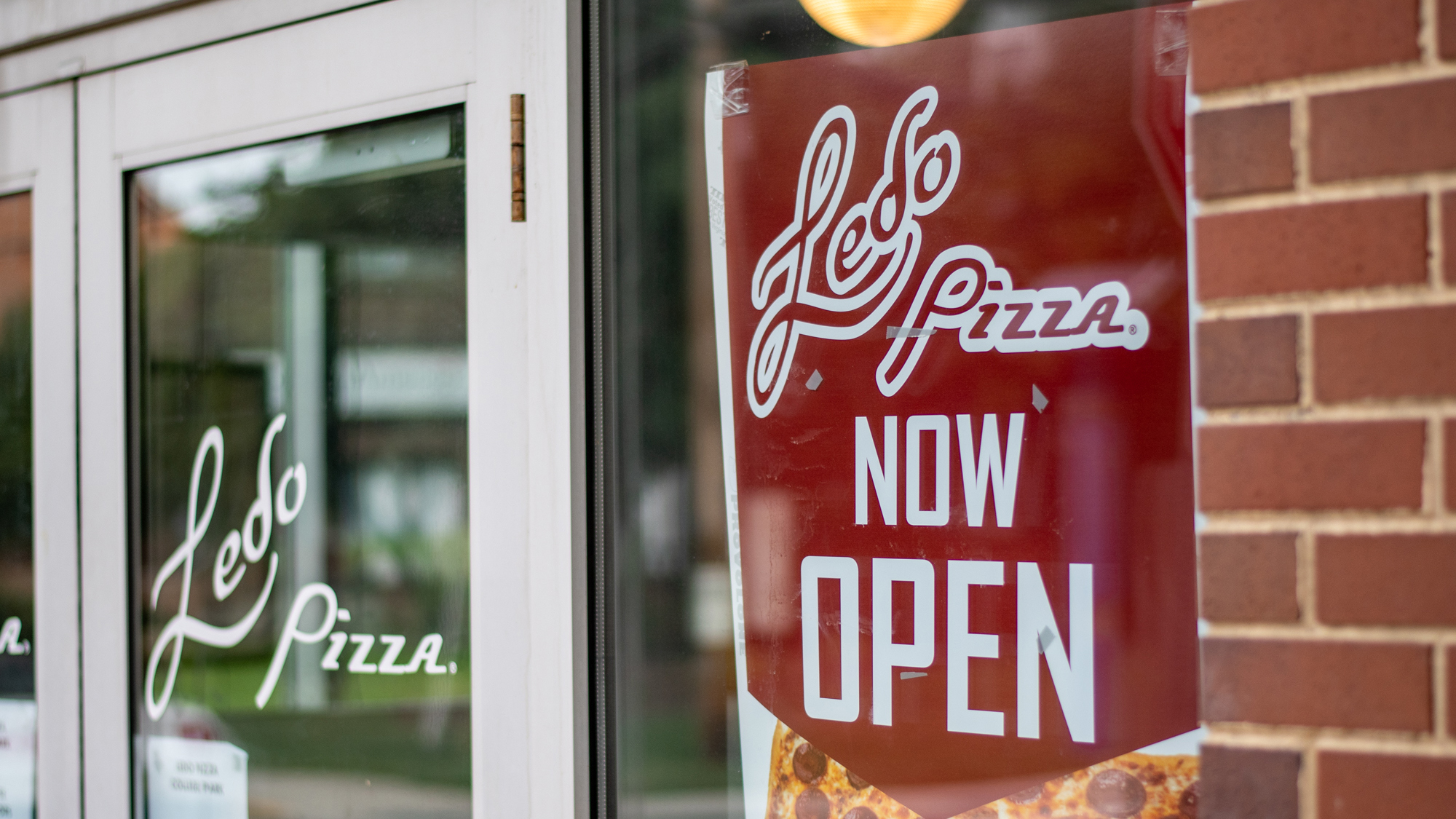 Ledo Pizza has opened a new franchise in College Park.

On Sept. 20, a Ledo restaurant under new management opened near Cornerstone Grill and Loft on Knox Road, the same location that housed the Original Ledo Restaurant until last November. The restaurant is similar to the old Ledo’s but will stay open later and include fewer menu items.

The Original Ledo Restaurant resided on Knox Road for nearly a decade, and the owner of the restaurant put it up for sale in 2020 due to his retirement.

The new restaurant has a new counter area near the entrance, a new bar and decor with old College Park and University of Maryland memorabilia.

“It’s clean. It’s user-friendly. It appears to be a very nice place I’d come back to,” said John Hughes, a lifelong resident of College Park. “I came in last Sunday, and I’m back this Sunday.”

Part of the restaurant’s design is based on the surge of carryout dining, Donnelly said. Before the pandemic, about five percent of the ordering was carryout. Now, it has risen to 25 to 30 percent, Donnelly said.

The new franchise also has a narrowed-down menu, Donnelly said. Items that were taken off the menu include flounder, tilapia and crab dip.

Pizza makes up 65 percent of the restaurant’s business, so the recipes and pizza menu hasn’t changed, Donnelly said.

One of the more notable changes is in their late-night hours. The Original Ledo Restaurant closed at 8 p.m. every day, but the new restaurant will be open until 10 p.m. Sunday through Wednesday and 2 a.m. Thursday through Saturday.

[‘Mad taco scientists in the kitchen’: Tacos A La Madre to open soon in College Park]

Although the restaurant has only been open for about a week, Donnelly said the franchise has been growing in customers every day.

On Friday, the day of this university’s football game against the University of Iowa, the restaurant saw more customers than any of Chesapeake Hospitality’s restaurants had previously seen.

Ryan Gotkin, a junior accounting and information systems major, is excited about the return of Ledo Pizza.

There was a Ledo chain near Gotkin’s childhood home, he said, which was usually his go-to pizza place. And whenever he visited College Park, he would often go to Ledo.

“It’s personally my favorite pizza place, so I’m excited that they are reopened and that they’re close by,” Gotkin said.

CORRECTION: Due to a reporting error, a previous version of this story misstated that Ledo Pizza is returning to College Park. The former restaurant was The Original Ledo Restaurant, and the new one is an unaffiliated Ledo Pizza franchise. Due to an editing error, a previous version of this story’s headline and photo caption also misstated that Ledo Pizza is back in College Park. This story and its headline and the photo’s caption have been updated.
Please support our journalism by donating to The Diamondback.
Categories:
Tagged: