Burger King’s Chase Hudson Meal is surprisingly not that bad 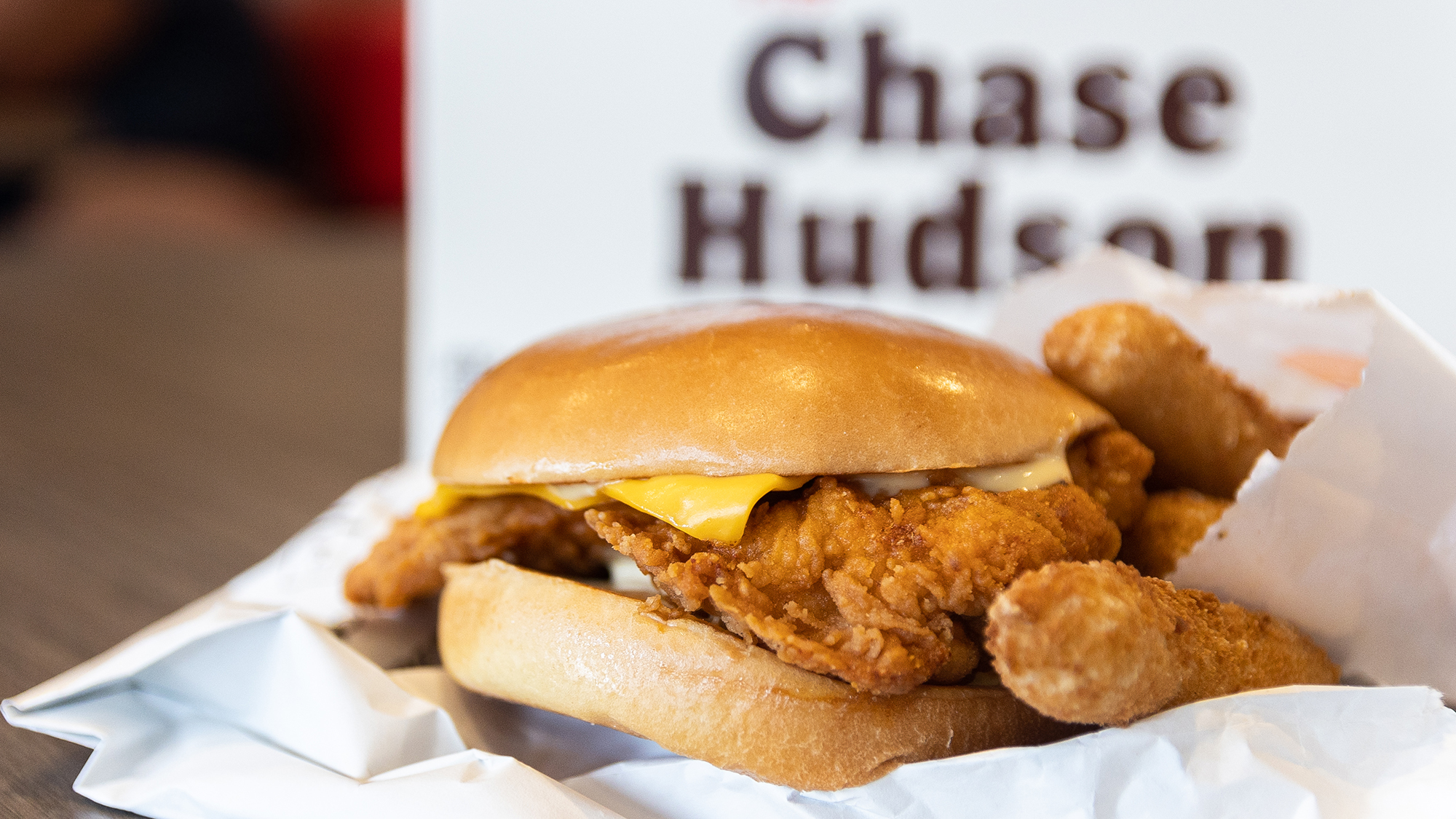 Chase Hudson, known online as Lil Huddy, released a meal with Burger King as part of the Keep It Real campaign on Sept. 12. The initiative focuses on the fast-food chain banning 120 artificial ingredients from its products. Hudson, Nelly and Anitta, are the three celebrities Burger King tapped for this deal and are in the long line of celebrities who have collaborated with various fast food chains. We only have Travis Scott to blame.

Hudson — known mostly for his e-boy TikToks, long string of controversies and being Charli D’Amelio’s ex-boyfriend — has a unique meal. It comes with a Spicy Ch’King sandwich, mozzarella sticks, ranch and a chocolate shake.

I became aware of this meal while watching the 2021 MTV Video Music Awards. During a commercial break, I noticed a vertical video with Hudson on my screen. Confused, I continued to watch. In the commercial, Hudson was dressed up as his internet persona, Lil Huddy, next to a less-internet version of himself. Both versions were talking about the campaign.

“BK dropped Huddy and chose the real you to create this meal,” Hudson said to his internet self, twirling the box around to show bold text that said “The Chase Hudson Meal.”

In another self-aware bit, Lil Huddy questions his fame and Hudson responds with, “The research shows we’re pretty big with Gen Z.”

A few seconds later, Hudson’s song “Don’t Freak Out” played in the background.

Hudson’s commercial was over in about 30 seconds, and I was determined to get my hands on The Chase Hudson Meal. I created a Royal Perks account and was ready to order my food through the app.

Although the odd meal contents made it seem like Saweetie — a fellow celebrity known for her curious taste in food combinations — was behind the ingredient selection, it all strangely came together. The Spicy Ch’King tasted like your ordinary breaded chicken sandwich, and I was pleasantly surprised to see that they used a genuine chicken filet and not the weird spongy “chicken” often found in fast food. Pickles are not my favorite, but the sour taste balanced the savory sauce used for the sandwich.

The breading wasn’t too spicy, and in general, this part of the meal was less messy than I thought. The brioche bun was also a highlight. The counteracting flavors of the pickles, spicy sauce on the chicken and the presumably mayonnaise-based sauce on the sandwich all worked together to create an array of flavors that was nothing less than satisfying.

As for the mozzarella sticks, well, they’re as good as mozzarella sticks from Burger King can be, which is a B- on the grading scale. Hudson chose ranch as his condiment of choice, which was alarming at first but — just like the sandwich — proved to be a good decision. While I didn’t reach for them after my first few bites, they weren’t as bad as I thought. The mozzarella sticks were crunchy, and the ranch provided a tanginess to the snack.

Now, for the abysmal chocolate shake. I was offended when I took a sip. The vibes and texture of the shake were off as soon as I held the cup. I noticed the shake seemed soupy, but I held optimism despite its texture. Maybe, my mom suggested, if I stuck it in the fridge while I got the rest of the meal set up in front of me, it would return to its natural shake form. We were wrong.

As I sipped the shake — through a paper straw — I grimaced. How can something that tastes so good have the texture of watery clam chowder? Deciding to do away with the straw and not give up on the shake, I tasted it again. The middle of the beverage was still somewhat in shake form. It was marginally better.

I’m no Burger King stan, but throughout this meal experience, I’m learning to accept the foreign yet blissful feeling I have while eating it. It’s just so damn good.

[‘We want to let it all out’: The Missing Peace is performing at NextNOW Fest]

However, while watching a different version of the commercial, I discovered that the sandwich wasn’t supposed to have pickles. Having initially tried the sandwich with them on, I decided to go without them because I — along with Hudson — prefer my sandwiches pickle-free. And even without the pickles, the sandwich still holds up. My sandwich also didn’t have the American cheese it was supposed to, which was a bummer because who wouldn’t want to get the full Chase Hudson Meal experience?

Although we live in a weird time where TikTokers routinely leave our phone screens and appear on our TVs and fast food boxes, this sandwich was not the worst thing to come from someone’s internet fame. The meal seems to have thought behind it because of its strange combinations. I’m convinced Hudson actually played a role in curating this.

So, if you’re a fan of Hudson, curious to try one of the many celebrity fast food meals or just craving a spicy chicken sandwich, I recommend the Chase Hudson Meal.