The conference schedule will begin on the road in Piscataway, New Jersey, as Maryland takes on Rutgers. The season will finish with a highly-anticipated matchup at Xfinity Center against Indiana.

In between, the Terps will match up against a litany of teams as they try to continue their reign as Big Ten champions.

While the early part of the schedule features many teams in the lower end of the conference, Maryland will face one of its key challengers two days into 2022, traveling to Bloomington, Indiana, to take on the Hoosiers on Jan. 2.

From then on, it’ll be a near-constant series of tests for the Terps. They’ll see Naz Hillmon and Michigan on Jan. 16. Four days later, Maryland will take on one of the few teams that beat it in a matchup in Columbus with Ohio State.

On Feb. 14, the Terps will have their only matchup against last year’s freshman phenom, Caitlin Clark, when they take on Iowa in Iowa City.

That starts a crucial end-of-year stretch for Maryland, as it closes the regular season against Ohio State on Feb. 17, Michigan on Feb. 20 and Indiana on Feb. 25. The Ohio State and Indiana games will be in College Park, while the Michigan game will be in Ann Arbor.

That stretch will take the Terps into the conference tournament, which will take place March 2 through March 6 at Bankers Life Fieldhouse in Indianapolis.

Game times and TV designations will be announced at a later date. 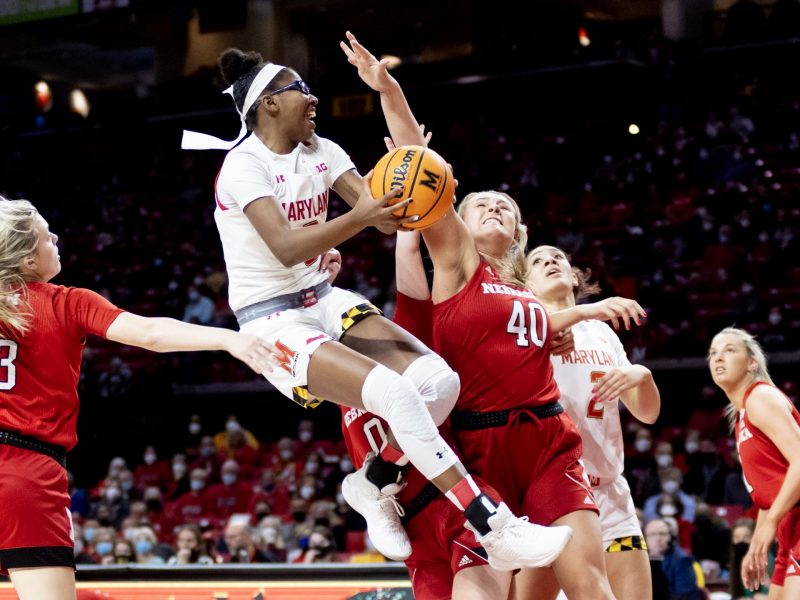