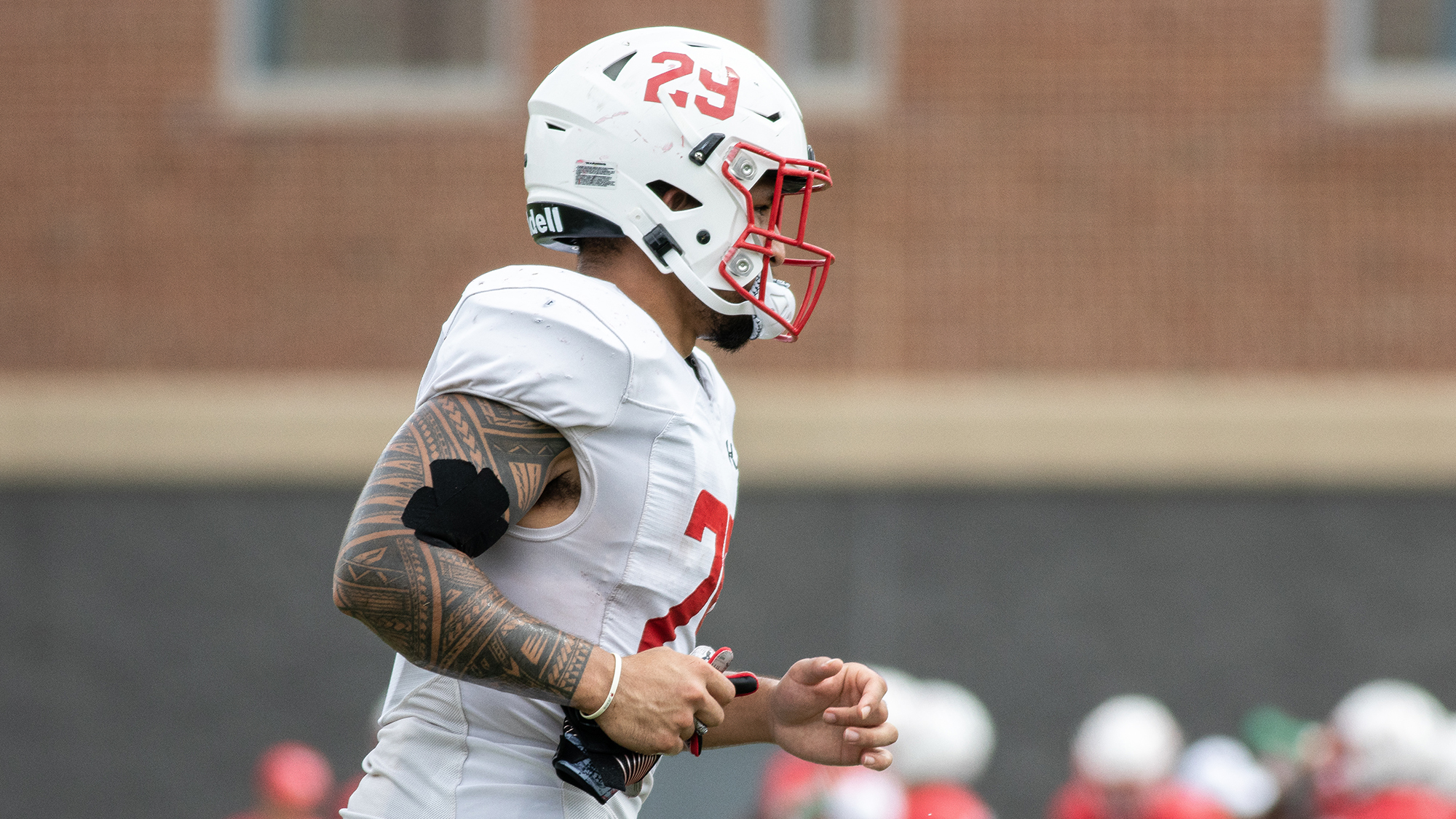 Challen Faamatau jogs across the practice field during a preseason practice for Maryland football on Aug. 17, 2021. (Julia Nikhinson/The Diamondback)

What to watch for Maryland: Heightened energy with fans’ return

For the first time since November 23, 2019, Capital One Field will be welcoming waves of fans as the Terps take on a premier opponent in West Virginia. In the Fall sports media day session leading up to the season-opener, Head Coach Mike Locksley and his players brought up the importance of having fans back.

“You know, they always keep you in the game regardless of how you feel, how it’s going,” said wide receiver Dontay Demus Jr.

As the Terps clash with a top defense, the extra boost of the fans will certainly be needed to back up Taulia Tagovailoa’s offense.

What to watch for West Virginia: Strong defense

Though West Virginia didn’t have any outstanding success in recent years, the Mountaineer defense presents a very tough obstacle for the Terps in game one of the season. In the powerhouse Big 12 conference, West Virginia ranks No. 1 across the board in their defensive numbers, including points-per-game, touchdowns, and field goals. There were only two games out of the ten last season in which West Virginia gave up 30+ points, and they kept their opponents under ten points five times. With many of the same pieces from last season returning to West Virginia’s defense, the Terps will have their hands full on offense.