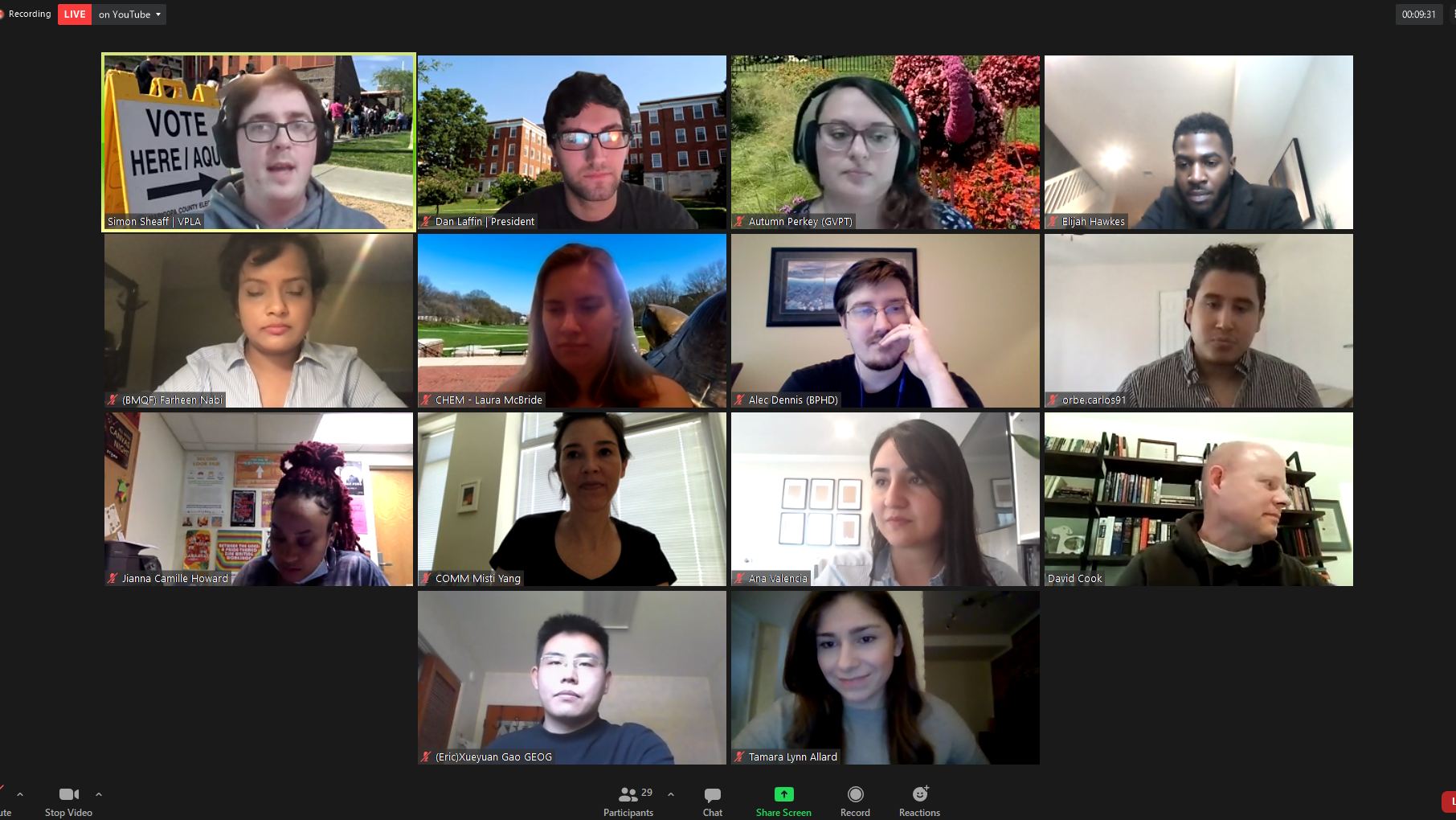 Autumn Perkey and Annie Rappeport were voted in by the 40th assembly of the Graduate Student Government. (Khushboo Rathore/For The Diamondback)

Autumn Perkey and Annie Rappeport will be the next vice presidents of the University of Maryland GSG executive board, joining newly elected president, Tamara Allard.

Perkey and Rappeport were voted in by the 40th assembly and will serve the Graduate Student Government as the legislative affairs and financial affairs vice president respectively.

Perkey, the government and politics representative, said she is excited to work with Allard and Rappeport. She’s worked with them before, so she knows they make a good team, she said.

“I’m hoping we can make headway on a lot of these issues that we’ve been discussing,” Perkey said.

During the past academic year, Perkey has authored and sponsored various pieces of legislation that cover a variety of graduate student issues. During her statement to the assembly, she said she will focus on lowering student fees and diversifying graduate programs.

Rappeport, an international education policy doctoral student, echoes the need for adjusted student fees. During her first graduate assistantship, 10 percent of her income went back to the university in student fees, she said.

During the past year, many students, including Rappeport, have experienced delays in their research. The budget and finance committee can be really important for outreach and community building, Rappeport said.

[Tamara Allard, psychology graduate student, will be the next UMD GSG president]

Rappeport also plans to use her experience as GSG president to guide the assembly in getting around roadblocks and working on new ideas.

“Instead of spending a year being stalled … we can cut to the chase,” she said.

During Rappeport’s time as president, she worked on growing the GSG to 90 members. Since then, membership has dropped, leading to less valuable conversation, she said.

“The kinds of dialogues you’re able to have with that kind of representation is amazing,” Rappeport said.

Meeting in person will create a better and more organic dialogue, Perkey added.

The executive board also hopes to boost GSG membership and foster an easy transition to in-person and hybrid meetings.

The most recent election wasn’t well advertised, Perkey said. She and Rappeport both want to reach out to the graduate school and a variety of graduate student organizations in order to get more members and voters.

“I do think it can be a really strong midterm,” Rappeport said. “Reaching out to more than departments … is really important.”

Currently, there is no director of operations appointed. Ediomo Eggah served in the position during the 40th assembly, but is no longer in the position.

The assembly also passed legislation that would allow the current chief of staff, Jianna Howard, to extend her employment to Aug. 20, instead of the current May 31 deadline. This will allow her to work on coordinating an international student shuttle bus program.

Perkey and Rappeport are both grateful and excited for the opportunity to be a part of the executive board.

“I am just happy to be a more direct part of the community again,” Rappeport said.