Maryland women’s lacrosse falls to Duke in the second round of NCAA tournament, 13-12 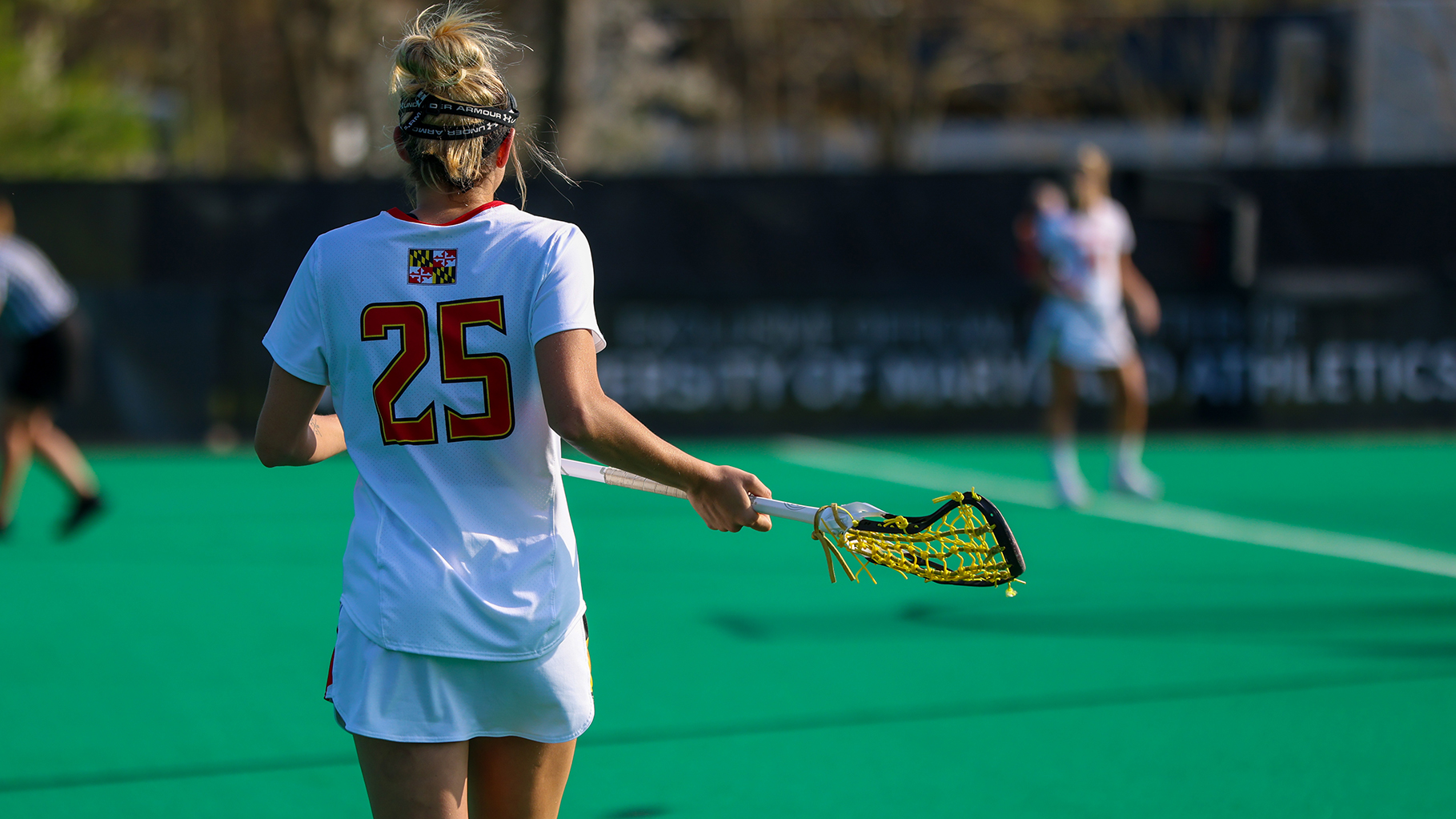 Maryland women’s lacrosse was heating up late in the second half of its NCAA tournament bout with Duke. After falling into a hole in the early stages of the second period, the Terps offense began finding the back of the net, looking to pull out a big upset over the No. 7 Blue Devils.

Then, disaster struck as Lizzie Colson, Maryland’s leader and No. 1 defender took a hit that injured her wrist. The Tewaaraton Award nominee was helped off the field, without a chance to end her senior year on her own terms.

Even without Colson, fellow captain Grace Griffin found the back of the net, pulling the team within two with under three minutes left. Her hand wrapped with ice, tears still in her eyes, Colson was right in the middle of the huddle during timeouts.

“She’s so passionate. It’s heartbreaking for her to not be on the field with everybody,” coach Cathy Reese said. “No matter what happened, win or lose, it’s hard to see your season end that way.”

Hannah Leubecker nailed a free position to pull within one, but Duke won the next draw and drained the clock, giving the Terps just one more chance at a game-winner.

[Maryland women’s lacrosse blows out High Point, 17-6, in first round of NCAA tournament]

The final shot was saved and for the first time since 2008, Maryland women’s lacrosse failed to make the NCAA Final Four, crashing out of the tournament to Duke, 13-12.

“Overall, a one-goal game in the NCAA tournament is just tough to be on the losing end of it,” Reese said. “Just proud of our group’s effort.”

Maryland kept the game close in the first half, relying on strong transition play, taking caused turnovers by the defense and saves from Emily Sterling and racking up scores.

The Terps were first on the board, turning a Sterling save on a Katie DeSimone free position into a goal. Libby May had possession in the attacking area and fed the ball to Brindi Griffin right in front of the net for an easy score.

The next three goals for Maryland would all come off plays from Colson. After Anna Callahan put Duke up 3-1, Colson won the ensuing draw control and helped set Shaylan Ahearn up for a free position goal.

After, Colson showed up on the defensive end, as she has all year, making two big interceptions on long Blue Devils’ passes. Both pickoffs led to Hannah Leubecker and Libby May grabbing goals.

“She was just anticipating the next play in Duke’s offense really well…” Reese said. “Coming up with those few transition goals in the beginning of the first half were crucial for us today.”

The Terps went blow for blow with Duke in the first half, trading chances on goal and momentum shifting plays in the back half. With three minutes left in the opening period, Catie May found her sister Libby right in front of the net to cut the Blue Devils lead to one goal.

It looked like Maryland was on the upswing, when the defense began to crumble.

Duke went on a 6-1 run, including two goals in the final two minutes of the opening half, to pull out to a commanding 13-7 lead.

With under 15 minutes left in the Terps’ title-defending season, the May sisters began pushing their squad closer to the Blue Devils.

Catie opened the game up beating a defender in isolation before finishing past the keeper. A minute later Catie found her sister for the second time in the game for another key goal.

After a missed free position by Leubecker, it was the May sisters playing catch, bouncing the ball back and forth before Libby made a run at the net and Catie fed her an easy goal.

“I’m proud to be part of a team that fights so hard and works so hard for each other,” Catie May said.

Momentum was going Maryland’s way when Colson went down. Reese did not have any information on Colson’s condition postgame.

Grace Griffin was able to find her first goal of the day in the final three minutes, getting a good pass from Libby May to pull the Terps within two.

Leubecker was able to notch her 58th goal of the year on a free position, bringing Maryland within one goal for the first time since that 7-6 deficit in the first half.

Duke was able to nab the draw and begin to run down the clock, but the Terps were able to knock the ball loose and get one more shot to send it to overtime with 26.8 seconds left.

Maryland gave the ball to Leuebecker to work down the field, but it was Libby May who had the final crack at goal. Her last-second shot was blocked by keeper Sophia LeRose and the Terps were eliminated from the NCAA tournament.

“To clear the ball, to get a great look at the end of the game that just hit the pipe, it just didn’t fall,” Reese said. “Didn’t fall. But to see the fight that this group had and their determination and the heart that they played with was just special.”