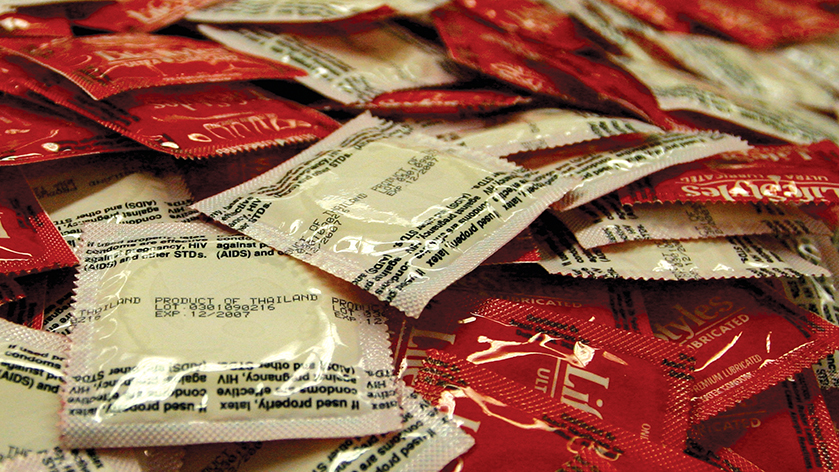 When it comes to sex education, members of the LGBTQ+ community are often left out — but Sex Week at Maryland aims for inclusivity.

Sex Week at Maryland is a student-run organization at the University of Maryland that advocates for important issues regarding sexual health. The organization brings attention to many topics related to sexual health education, including sexual assault awareness, intersectionality and sex positivity. The topics they discuss are rooted in inclusivity for all students, including those in the LGBTQ+ community.

Sex Week makes the effort to normalize conversations about sexual health and have the conversation center around inclusivity and intersectionality, said Ashlyn Nikles, Sex Week president and senior physiology and neurobiology major.

“Sex Week is for everyone, and sexual health education is for everyone, no matter your identity,” she said, adding that the organization aims to generate conversation that would benefit the university community.

Most of the organization’s programming happens during a single week called “Sex Week.” It usually occurs around April 10, which is National Youth HIV and AIDS Awareness Day. Outside that one week, Sex Week works with other student groups to bring attention to the importance of sexual health. This year, Sex Week worked with the Student Government Association to host a panel discussion related to sexual health topics.

There are many conversations still left to be had regarding sexual health in the LGBTQ+ community, said John Salerno, founder and president of LGBTQ+ Students and Allies in Public Health.

“Sexual assault does tend to be like a gendered crime, but I think there’s a lot of like stereotypes about gender within consent,” junior biochemistry major Kian Sun said.

“A lot of stuff we have presented to us through our school, and like, media and resources is typically from a heterosexual lens,” Thomas said.

Thomas said since members of the LBGTQ+ community don’t view or experience sexual health through a heteronormative lens, there can be misinformation regarding topics such as what is considered a healthy relationship.

In the United States, there are major discrepancies between sexual education programs in schools. According to the Guttmacher Institute, a nonprofit organization focused on advancing sexual and reproductive health and rights, only 28 states and Washington, D.C., mandate that both sexual education and HIV education be taught.

In Maryland, sexual education and HIV/AIDS education is mandatory. The sex education curriculum taught must be “age appropriate” and include information about sexual abuse.

At the University of Maryland there are many resources for LGBTQ+ students related to all aspects of health, but many students are not aware of the extent of these resources.

The University Health Center provides a variety of resources for students to learn more about the importance of sexual health, including free sexual health counseling and STI testing. In addition, the health center also has resources tailored to LGBTQ+ students, including healthcare for transgender students, counseling, hormone therapy and insurance.

It took a long time for the university to establish the current resources they have in place for LGBTQ+ students now.

The university founded the LGBT Equity Center in 1998 and since then, there’s been a tremendous amount of change on campus, said Luke Jensen, founding director of the equity center.

In the past, the university would send students off the campus to receive health care at clinics in Washington, D.C., and Baltimore — especially those in the LGBTQ+ community. It became a hassle for students to take the metro to Washington, D.C., or travel up to Baltimore, Jensen said.

So, having those services on campus for the LGBTQ+ community makes life easier for them.

“It also creates a sense of, ‘I belong here,’” Jensen said. “A sense of belonging is one of the most important factors for student success.”

Many students believe having access to mental health services can be beneficial to LGBTQ+ students in regards to their sexual health as well.

“LGBTQ people sometimes struggle with the coming out process. That affects their mental health, and that also impacts their sexual health,” Salerno said.

Jensen said that they’ve seen the changes made at the university to help support the LGBTQ+ community. And with those changes came a change in perception from students.