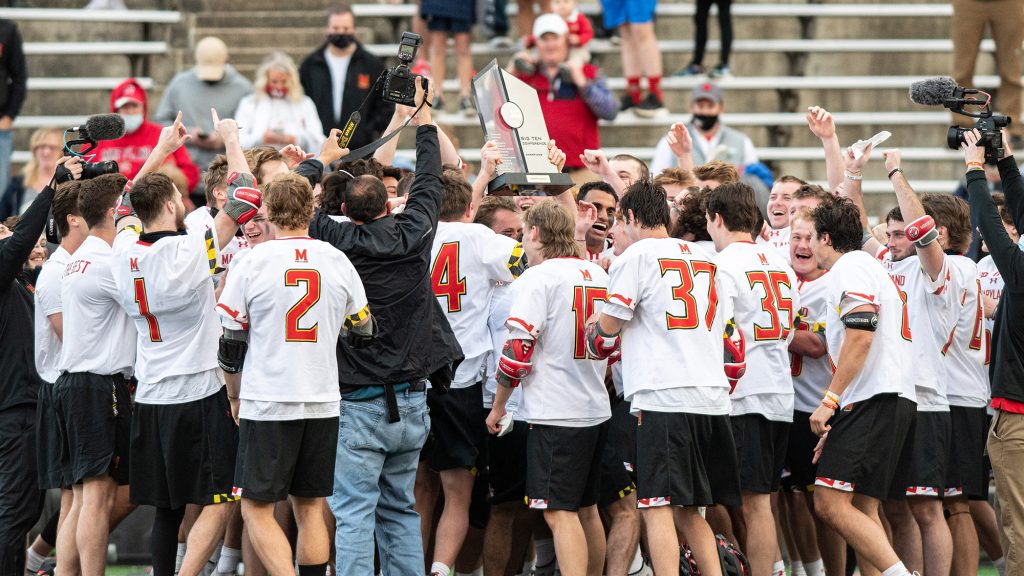 Maryland men’s lacrosse will be the No. 3 overall seed in the 2021 NCAA tournament, the tournament committee announced Sunday night. The undefeated Terps will play Vermont in the first round of the tournament on May 16.

North Carolina and Duke nabbed the No. 1 and No. 2 seeds, respectively, after each team suffered two losses in the ACC. The earliest Maryland could see one of those teams is in the semifinal round on May 29.

“It was tough to be able to say… here’s an undefeated Maryland team with one of the best players in the country, yet we’re gonna say they’re number three,” Division I Men’s Lacrosse Committee chair Tim Leonard said.

The Terps finished the regular season and Big Ten tournament with a perfect 12-0 record in their conference-only schedule, defeating Michigan and Johns Hopkins three times and each other team twice.

Coach John Tillman’s squad won its first nine games by four or more goals until the regular season finale at Hopkins, when the team scored three times in less than two minutes to defeat the Blue Jays, 14-13. Maryland went on to defeat Hopkins again in the Big Ten championship game Saturday, taking home its third Big Ten title since the conference expanded its lacrosse sponsorship in 2015.

At the end of the regular season, Maryland had an average margin of victory of 6.8 points — the best in the NCAA.

“I’m proud of what the guys have done so far, but you realize that in the playoffs, you’re living week to week,” Tillman said. “[We] got a lot of work to do.”

This will be Maryland’s 43rd NCAA Tournament appearance and NCAA-best 18th straight year in the field. Tillman’s made the tournament 10 consecutive times as the head coach in College Park, and he sports a 21-8 all-time record in the tourney — all at Maryland.

Vermont won the America East conference tournament last weekend to become an automatic qualifier for the NCAA Tournament. The Catamounts will come into their matchup with Maryland with a 9-4 record and on a four-game winning streak.

Should the Terps advance, they’ll face the winner of No. 6 seed Notre Dame and Drexel in the quarterfinal round.

“I love this team. I’m so thankful for everyday with them, so another week with them is awesome,” Tillman said. “We’re going to do everything we can to try to extend it, but we’re going to make the most of this week and prepare for a really good team.”