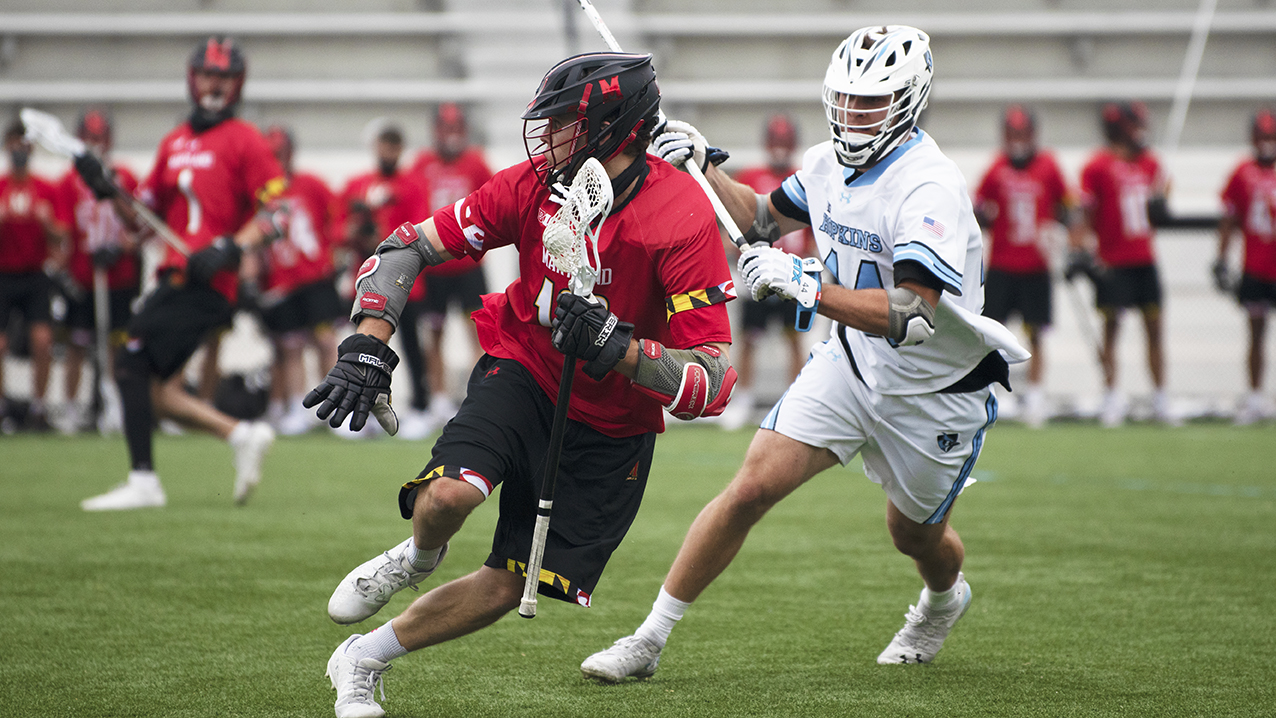 Maryland men’s lacrosse hasn’t played in a postseason game since May 18, 2019, when it suffered a heartbreaking loss to Virginia in the NCAA quarterfinals. The program also hasn’t lost a game since Feb. 18, 2020, a regular season mishap to Villanova.

But even after an undefeated regular season, none of that matters now. The Terps are set to embark on what they hope will be a deep postseason run. Now that each game matters a little bit more, Maryland is taking on a new mentality.

“It’s championship week,” coach John Tillman said. “That’s kind of the way we’ve looked at it. You had the regular season, and now you’ve worked all year, you were able to secure a spot in our tournament. Now, it’s a new type of challenge.”

The Terps know they’ll be well-positioned in the NCAA tournament even if they happen to drop a game in the Big Ten tournament. But they’re still treating this weekend like it’s win or go home.

“You have a 10-week regular season, and now it’s a one-game season,” Tillman said. “You lose, you go home.”

Maryland will take on Michigan for the third time this season Thursday in University Park, Pennsylvania. The Terps have won the previous two battles by a combined 17 goals, including an 11-point lead in the season opener on Feb. 20.

However, the 3-8 Wolverines have picked it up late in the season. They took home a four-goal win over Ohio State in the opening round of the tournament, after losing their previous two games by a combined two goals.

Tillman’s squad understands that any team still sparking at this point in the year is going to give Maryland its best shot.

“At this point when you look around, two teams in our conference aren’t playing anymore,” defender John Geppert said. “After Thursday, another two. And then after Saturday, nobody is guaranteed anything. So, now it’s like we’re fighting to stay alive.”

With that quarterfinal exit in 2019 and a canceled postseason in 2020, most of the Terps’ roster hasn’t experienced a deep tournament run — besides Jared Bernhardt and Anthony DeMaio, who were freshmen on the 2017 national championship team.

But even with a lack of postseason experience, Maryland’s veteran leadership is unparalleled in the Big Ten. And it’ll be relying on those veterans during the quest toward the team’s ultimate goal at the end of the month.

“Coach mentions it a lot  — I think Anthony and Jared are the only ones that have smelled that championship,” senior Logan Wisnauskas said. “We kind of want to get there, and in order to get there, we can just never be satisfied.”

Before anyone can write the Terps in for Memorial Day weekend in Hartford, Connecticut, they’ll have to get by Michigan on Thursday and either Rutgers or Johns Hopkins on Saturday.

The stakes are being raised this weekend, so the No. 1 team in the country will be playing with an elevated intensity from here on out.

“We have one goal in mind, which is just win that first game, and if not, we’re going home,” Tillman said. “Anything after that, we’ll just kind of figure out.”