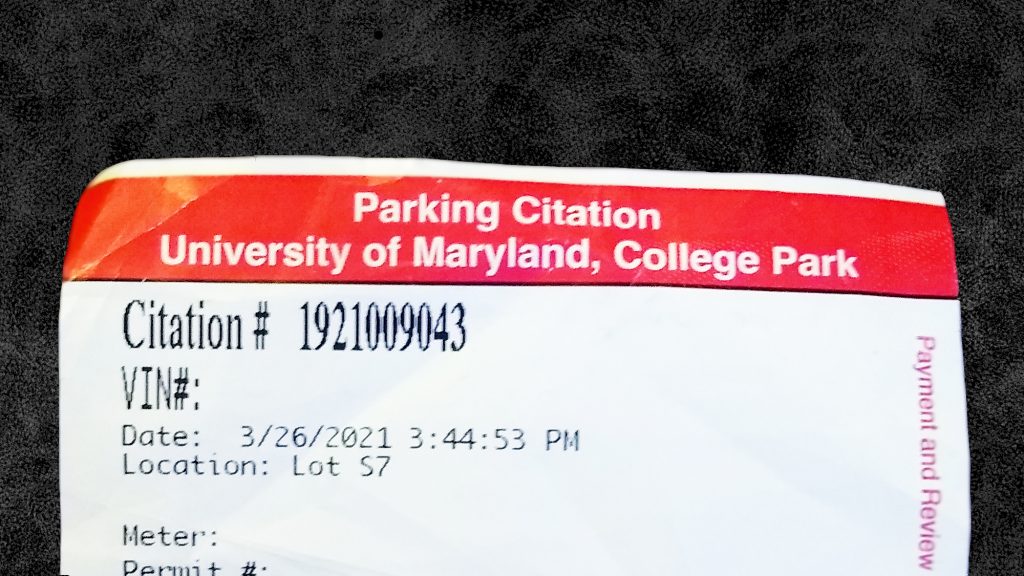 The University of Maryland’s Graduate Student Government passed a resolution Wednesday that pushes for improvements in parking signage and the ticketing process.

The resolution, which was written by five GSG representatives, explained that students who work as graduate assistants aren’t sure if they can park in spaces with signage such as “Only Valid Faculty/Staff.”

This confusion over whether graduate students are considered students or staff can lead to parking ticket fees ranging from $15 to $500, and there are no clear explanations as to why tickets are received, the resolution read.

Representatives voiced their support for the resolution, citing their own experiences with the Department of Transportation Services.

Tamara Allard, a psychology graduate student, said even with parking permits provided by her adviser, she received a $300 parking ticket. Her department wrote a letter on her behalf, she said, but the ticket was only reduced to $150 with an additional $30 late fee.

Jacek Garbulinski proposed an amendment to the resolution that highlighted the lack of nearby and accessible parking for assistants coming in during abnormal hours. The aerospace engineering graduate student explained that he and his labmates have been forced to park on the opposite side of the campus and pay metered parking during sporting events, even when faculty spaces were open.

“On a normal weekend, I could park there and just do my work,” he said. “Some of my labmates even didn’t come to the lab on that day, even if they wanted to work.”

Allard explained that she has been “verbally abused” by attendants at the Regents Drive Garage, even when she had a parking pass authorizing her to be there. If she isn’t allowed to park in that spot, Allard said, she might have to carry heavy equipment an hour across campus.

While most of the representatives expressed support for the resolution, one member said he thought the resolution was a waste of time.

Computer science graduate student Yehuda Katz explained that in his 12 years on the university’s campus, DOTS has never agreed to make changes to its parking regulation guidelines. Katz said he has been able to cancel, void or reduce about half the tickets he has received. However, he has still had to pay many ridiculously written tickets during his time at the university, he said.

GSG has asked for changes before, he added, but DOTS replied that its parking regulations are expertly documented and easy to read.

“DOTS is absolutely, completely, totally convinced that they could not possibly do a better job of communicating,” Katz said.

He also said DOTS responds to financial issues by saying that, if its revenue from tickets is decreased, it will have to raise DOTS fees for students.

“The squeaky wheel gets the grease and people aren’t going to know that these are problems,” Hall said.