Maryland men’s soccer is fresh for its NCAA tournament appearance 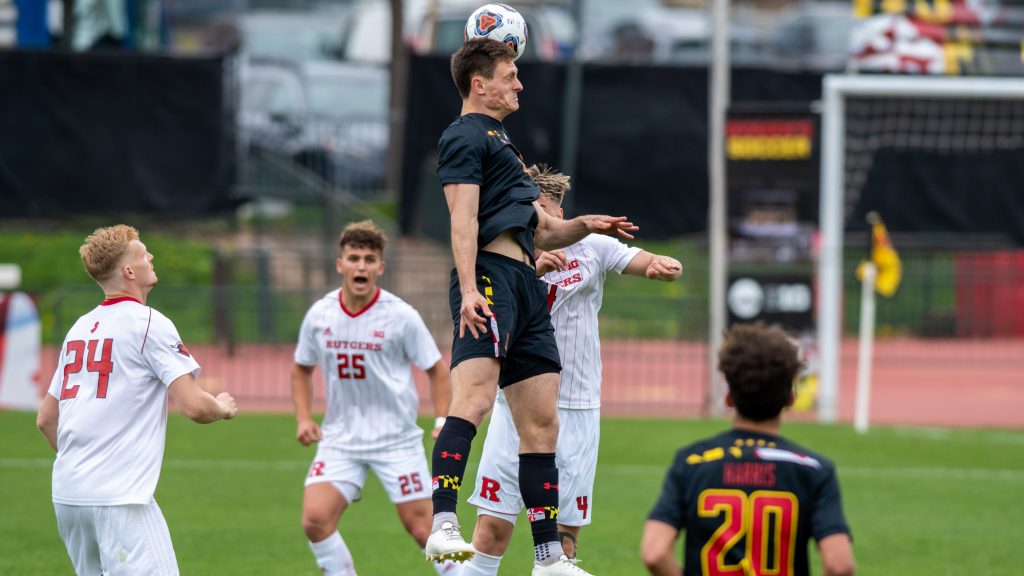 As the NCAA selection committee rattled off the names for the men’s soccer tournament, there was a nervousness about Maryland. The Terps had closed out the season 4-1-2, but hampered by an slow start and a resounding loss to Indiana, a tournament appearance seemed to teeter precariously within reach.

“Heads were pretty down, and our chances were not looking so good,” forward Eric Matzelevich said.

Maryland’s name was called in the final quadrant of the bracket, and there was joy — and a little bit of shock, too.

The Terps have had 10 days to prepare since that nerve-wracking selection show, and now, with a healthier, more rested squad, the NCAA tournament is rife with possibility.

After Maryland’s loss to Indiana in the Big Ten semifinals, there was a somber mood. Some players didn’t think they’d be playing in the national tournament. Cirovski described the Terps as a bubble team. As soon as that changed — the team earned a spot against Missouri State in the second round — Cirovski went to work in preparation. And now, Maryland is fresh.

Overseeing a roster teeming with injuries and tired legs, Cirovski gave his squad four days of rest. That physical and mental recovery was vital, he said.

In that time, the team took a step back from the game. Although not thinking about soccer was impossible, bodies rejuvenated and minds cleared. It was an important period for a team that struggled to stay fit in the regular season.

Maryland had to cancel its match against Indiana April 4 due to a lack of fit players. At training the week before, it could barely muster a full squad. And those that could play were running on fumes. Ben Bender was struggling with a shoulder problem. Matzelevich was rushing his way back from a leg injury.

So, when the Terps returned after half a week off, the results of their relaxation were apparent. The team looked sharper, Nick Richardson said. Passes were more crisp, runs less labored. And Maryland now has a fuller squad. Though Cirovski hasn’t revealed exactly who will be included in the squad for Sunday’s game, players such as Matzelevich and Bender have had time to round into form.

“Every day has become a little better the next day and we feel like we’re in a pretty good place,” Cirovski said.

The Terps will need to replicate their performance on the pitch Sunday afternoon. Missouri State, hailing from the Missouri Valley Conference, boasts a wealth of global talent. The Bears have brought in players from academies in England and Spain’s youth system. That talent helped them win both their regular season and tournament titles — dropping only one game on the season.

Five of their squad made the All-MVC first team, and star players Josh Dolling and Kyle Hiebert were named second team All-Americans in 2019.

“I really feel like they are one of the top teams in the nation. We know we’re gonna have to be our best,” Cirovski said.

So, against a team that has shown its quality — albeit in a different league — Maryland is hoping its fresh legs and clear minds will prevail.

And, after spending most of the regular season flirting with a tournament spot, the healthier, more prepared Terps are looking to make the most of their chance.