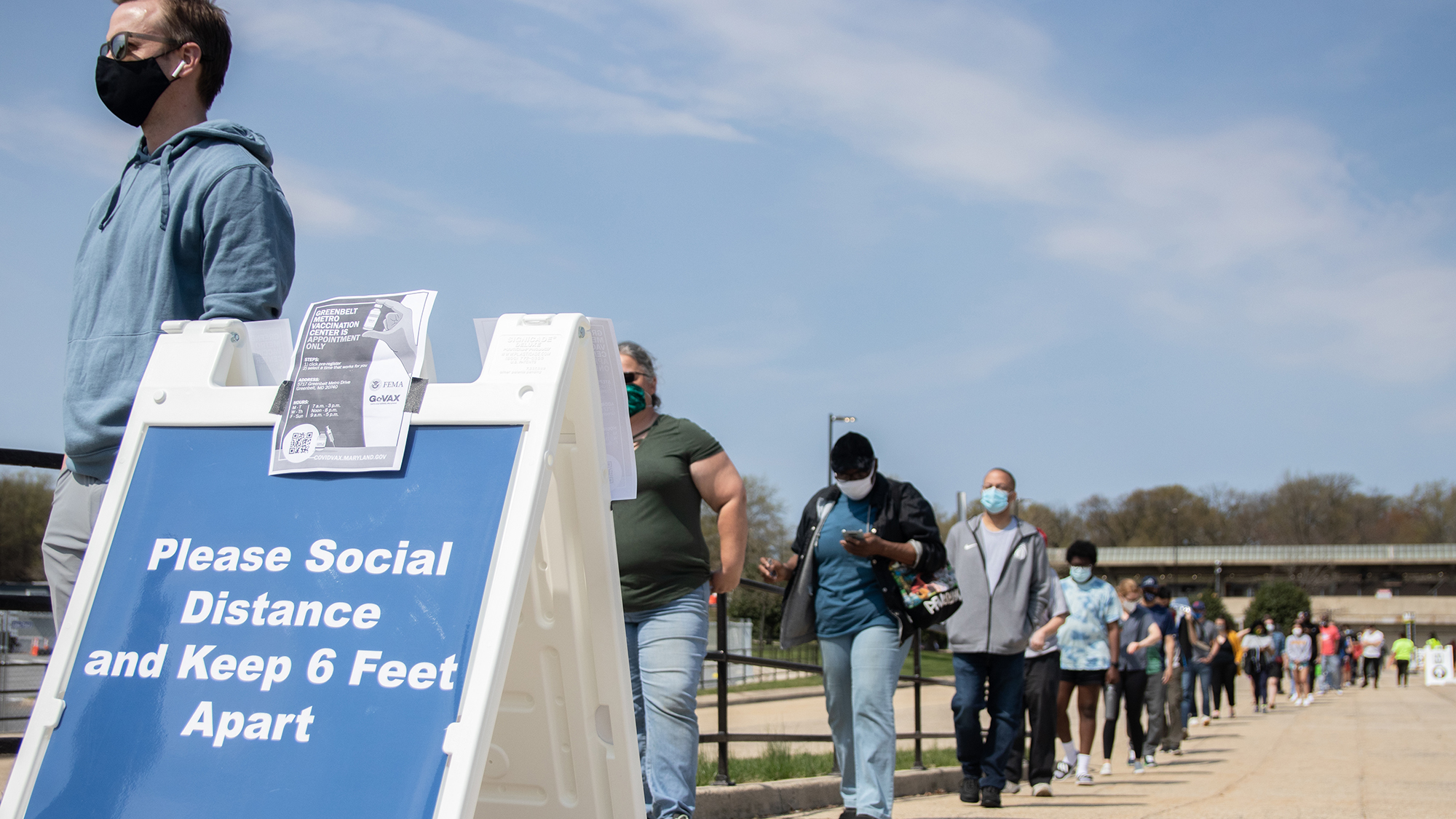 Kevin Lingelbach hadn’t been to the gym in over a year. But on April 1, the junior computer science major got the Johnson & Johnson COVID-19 vaccine. Two weeks later, he was finally back in the gym doing bench press.

“It felt pretty amazing, it felt surreal. It’s been a very long time, it’s been tough, not being able to do things I enjoy and be cooped up in the apartment all day,” he said.

University System of Maryland Chancellor Jay Perman announced a system-wide vaccine mandate last Friday. Many in the University of Maryland community, like Lingelbach, are looking forward to a return to normal life, but some still have safety concerns and continue to question the mandate’s legality, despite guidance from the state attorney general’s office.

Lingelbach is in full support of the mandate, saying it’s a necessary step to move forward. Those who can’t get the vaccine for medical or religious reasons shouldn’t be worried about their safety, he said,  because they likely won’t be interacting with a primarily unvaccinated population.

Alec Musheno, a junior business management and government and politics major got vaccinated in April. He was delighted to hear of an official mandate for the fall.

“Whomever spearheaded that effort can sleep well knowing they saved … lives and guaranteed tens of thousands of students a more normal college experience,” Musheno said in a message.

Deb Baumel, a university parent, does not support the vaccine mandate. She has concerns about the long-term effects of the vaccine, and she believes there is not enough information about how it might impact the fertility of women who may want to have kids later in life. Baumel decided not to get vaccinated.

Hershal Rami, a sophomore computer science and math major, also supports the mandate. Rami said the university already requires students to have certain vaccinations to be on campus, so adding another one shouldn’t be a problem.

“Since that is already an expectation in places in society that people should get vaccinated, that it’s a medical requirement to be a part of this campus, that I don’t think [it’s] much of a stretch to apply that to COVID,” Rami said.

Several university system officials guided the decision to mandate vaccinations. Ultimately, it was decided that with the density and interactions on various campuses, it was necessary to implement a mandate to keep the communities safe, with some exceptions.

There was a generally positive reaction among members of the union that represents university workers, said Todd Holden, president of American Federation of State, County and Municipal Employees Council 3 Local 1072.

There are still some issues concerning vaccines that the union is trying to improve, Holden said, such as equitable access of the vaccine and vaccine hesitancy from groups that have traditionally been sidelined in the history of medicine. But otherwise, union members seem to  feel generally positive about the mandate, he said.

“[Public health experts] are saying that people should be vaccinated as much as possible, as widely as possible and that’ll be the thing that gets us out of the pandemic. And we agree with that,” Holden said.

Brendan DeCoster, a fifth-year doctoral student in international education policy, believes the mandate is necessary not only to inch back to normal, but for the sake of public health. DeCoster is also a father to a daughter and his partner is immunocompromised. One infected person is all it could take to ruin everything, he said.

Since the pandemic response was left to state and local governments, policies differed from state to state and county to county. Because of a lack of a national strategy, the country was disconnected with a virus response.

“We see time and time again, anytime people say, ‘Well, we’re just going to rely on the goodness of people’s hearts to hope that they’re going to follow the social distancing rules, masking rules, etc.,’ it does not work,” DeCoster said.