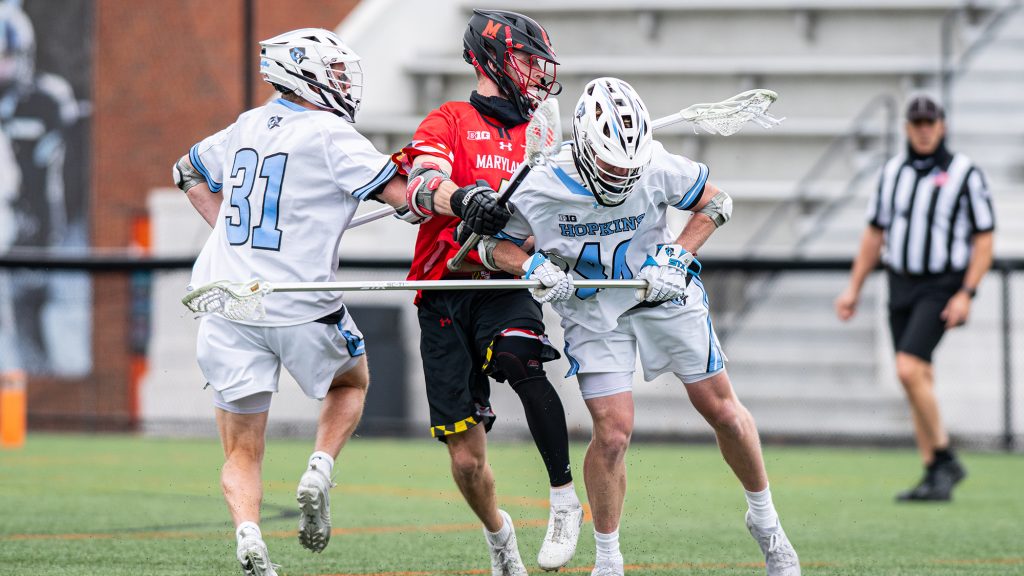 Playing in his fifth season at Maryland, Bernhardt is leading the NCAA in scoring this season, but he intends to pursue Division II college football in the fall and will not participate in the upcoming PLL season. With just a few weeks left in his Maryland career, he now has the most goals all-time at Maryland, at 174, and is four points away from tying Matt Rambo’s points record of 257.

Grill has been one of the nation’s top defenders this year, garnering three Big Ten Defensive Player of the Week awards earlier this season. The Marquette transfer can join his brother B.J. in the league this summer, who currently plays for the Waterdogs Lacrosse Club.

The Whipsnakes have 12 former Maryland players on its roster, including Rambo and Bernhardt’s older brother Jake, who played for the Terps from 2009-2013.

There have now been 64 Maryland players drafted into professional lacrosse leagues over the years, which is the second-most of any college program. Maryland’s had 43 of those players drafted during coach John Tillman’s tenure — since 2011.

Bernhardt, Grill and the top-ranked Terps will have this weekend off, as they earned a bye in the first round of the Big Ten tournament. Their next matchup will be against the winner of Michigan and Ohio State in the tournament semifinals on May 6.