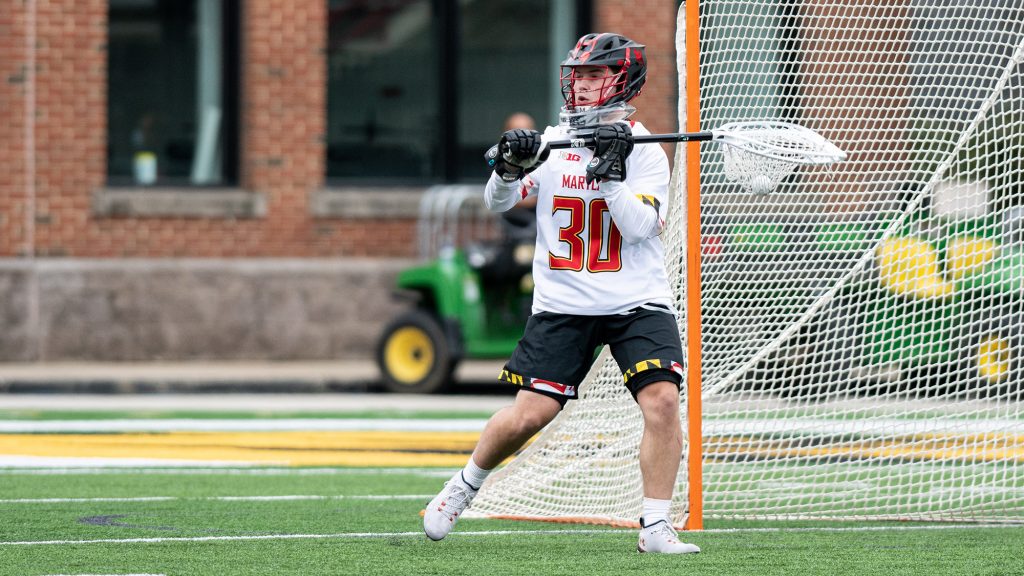 Maryland men’s lacrosse’s Logan McNaney and Eric Malever were named to the Big Ten Team of the Week for their performances against then-No.12 Ohio State on April 18, the conference announced Tuesday.

In addition to his 12 saves and four ground balls on Sunday, McNaney scored his first career goal on a 60-yard strike that rolled into an empty Buckeyes’ net.

“I’m not sure it was the fastest goal ever, but it got there. That’s just really good awareness by him,” coach John Tillman said after the game.

Through nine games this season, the sophomore is allowing just 9.27 goals per game, and he has the best saves percentage among starting goalies in the Big Ten.

Malever totaled three points in Sunday’s game, garnering a goal and two assists. Both of the freshman’s assists went to senior Jared Bernhardt, who Malever is building a rapport with late in the season.

“[Offensive Coordinator Bobby Benson] tried to get [Bernhardt] and Eric Malever working together back there, and I thought that was pretty good for us,” Tillman said.

McNaney, Malever and the top-ranked Terps will travel to Baltimore this Saturday to take on Johns Hopkins in the second installment of “The Rivalry” in 2021. They’ll look to repeat the outcome of their March 6 win over the Blue Jays in College Park, where the Terps came out on top 18-10.