The project to revamp UMD’s Testudo site is underway 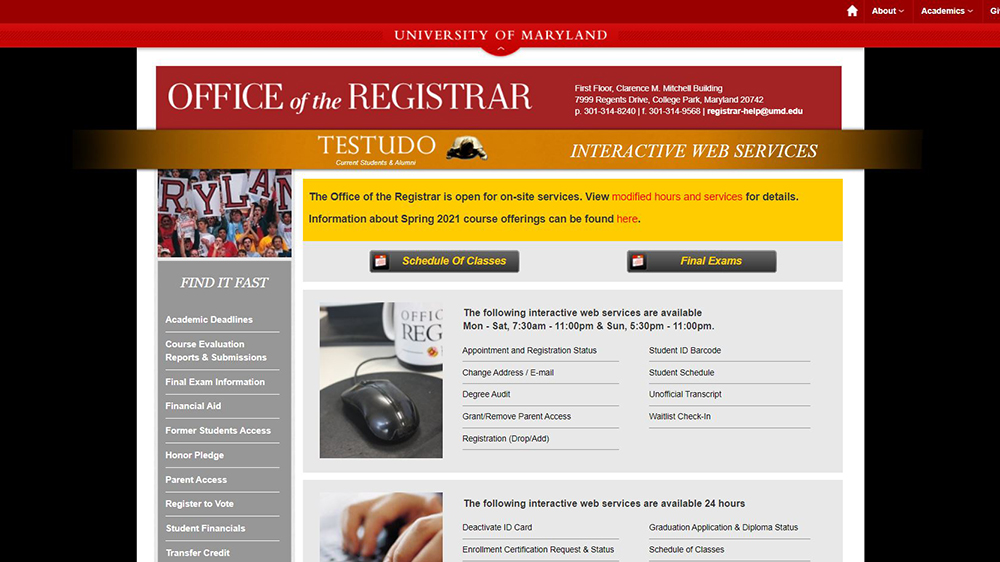 The project to revamp the University of Maryland’s Testudo site, formally known as the Student Information System, is officially underway, the university announced Thursday evening.

In a campuswide email, the university introduced the Elevate Program, a project that will transition and combine multiple university systems to a cloud-based enterprise platform.

The new system, which will combine Human Resources, Finance and Student Information platforms, is set to be fully functional in the fall of 2026.

As of December, the new system will cost nearly $100 million and will be paid over the course of 11 years, if all options are exercised.

The university began implementing the project this year, as it will rebrand the Human Capital Management and Finance Systems. The university is set to complete that transition in the summer of 2023.

This three-year transition is due to how technical the student information system is — it deals with transcripts, course scheduling and financial aid.

“[The university is] replacing everything that’s taken pretty much decades to build, going to a completely new way,” Jack Blanchard, chair of the project’s executive steering committee, told The Diamondback in 2019. “It’s not just changing the software, it’s changing business practices.”