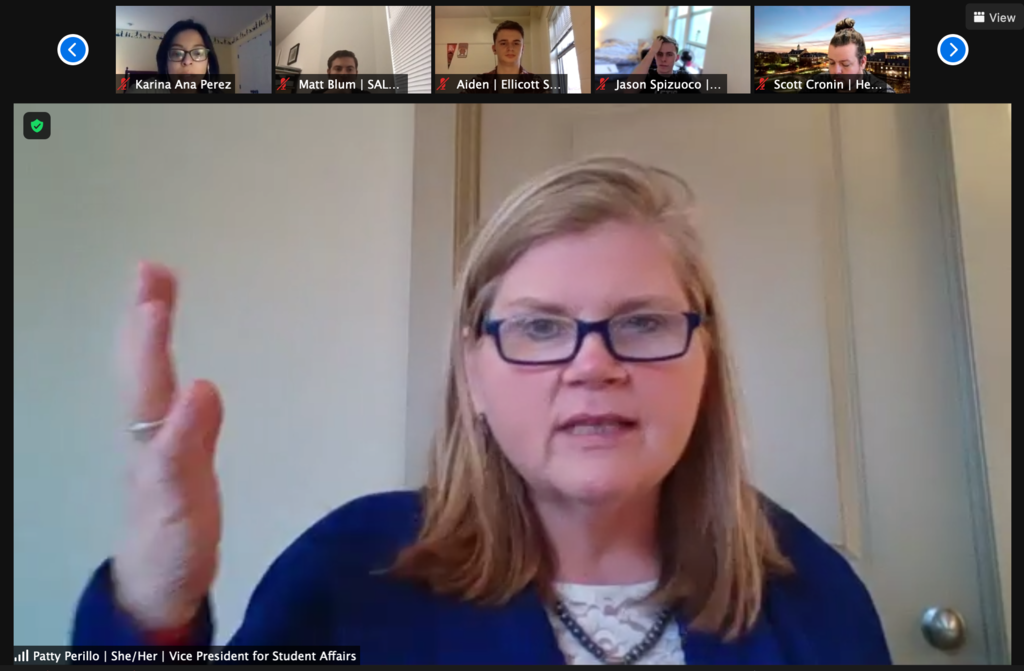 CLARIFICATION: This story and its headline have been updated to better represent the information Student Affairs Vice President Patty Perillo shared with the RHA and the language she used in reference to the attorney general’s guidance. The story has also been updated to include a statement the university provided after the meeting.

The state’s attorney general has advised this university that it cannot mandate the coronavirus vaccine, Perillo said, because the vaccines were released under an emergency use authorization.

Some colleges, including Rutgers University, have announced that the vaccines are required for students in the fall.

“It is our hope that we get to a place where it is required,” Perillo said.

The university received a case of 1,170 Pfizer vaccines from Prince George’s County, Perillo said. All 1,170 appointments were signed up for, she said, though there were two no-shows.

“Our first and highest priority was for housekeeping, dining staff, facilities staff,” Perillo said. “The risk is higher for older people, particularly in the line of work they’re doing.”

Some staff members are unable to constantly monitor different sites to chase down the vaccine because they’re working all day, Perillo said, and some don’t have access to transportation to travel to mass vaccine sites.

Prince George’s County has agreed to supply the university with another 1,170 doses in three weeks for the recipients’ second doses, Perillo said.

The university hopes to receive more vaccines from Prince George’s County, Perillo said, and it hopes to vaccinate as many students as possible before they go home for the summer.

“The issue is the supply, which is completely out of our control,” she said.

Perillo said she has also been working with different student groups to outline what the fall semester will look like.

At the moment, the university is planning for three different commencement scenarios, according to Perillo. One would be completely virtual, one would be only for students and one would allow two guests for each student.

[Black student leaders are pushing for change at UMD. Here are their 31 demands.]

“President Pines absolutely wants an in-person commencement,” she said. “It’s not like the institution has not made a decision… it’s really out of our hands, and we have to abide by the Prince George’s County Health Department.”

Perillo also discussed the hiring process for new administrators at the university. This follows the university’s announcement last Friday that it has lifted its yearlong pandemic-prompted hiring freeze on critical and essential faculty and staff.

Next week, the university will launch a national search for a dean of students, Perillo said. This will be a new position at the university, and will serve as a “one-stop shop” for students to go to when they are seeking help.

The university is also looking for a provost and a chief financial officer, among other positions.

“There’s significant senior leadership positions that will be filled over the next six months or so,” Perillo said.