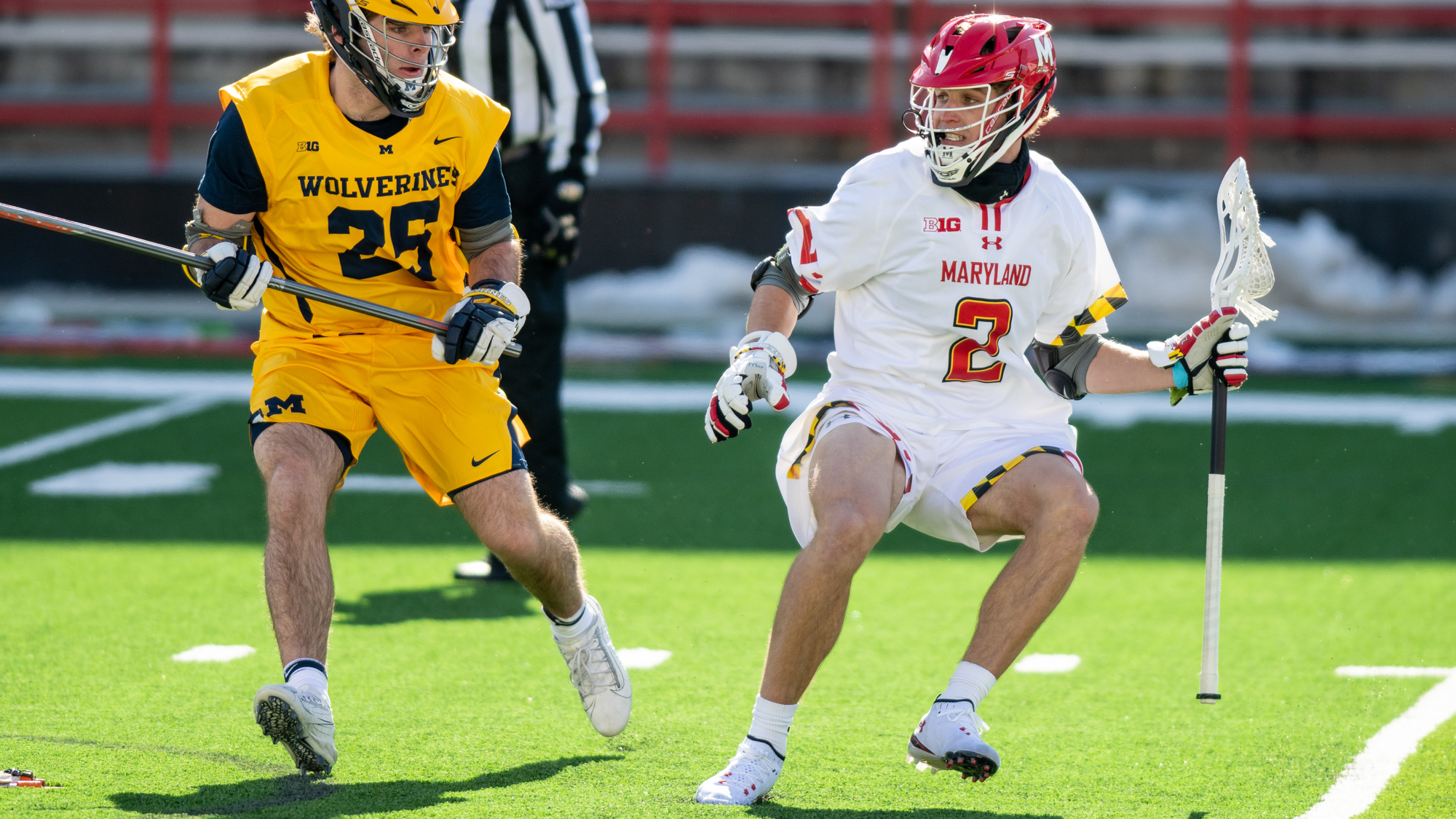 In the second quarter against Penn State, Maryland men’s lacrosse midfielder Bubba Fairman cradled the ball over the middle and lowered his right shoulder into Nittany Lions attackman TJ Malone. He lay flattened on the turf for a moment before the Terps scored their fourth goal minutes later.

Maryland went on to win that game, as it has each week this season. And that powerful hit by Fairman demonstrated what the Terps have done in close games all year: get physical.

With plenty of speedy attackers around the net, coach John Tillman’s squad can play a run-and-gun style of offense. But in tight moments, it’s often big hits and tough plays that lead to scoring.

“Big Ten lacrosse is big guy lacrosse,” midfielder Alex Smith said. “Everyone’s athletic, everyone’s big, everyone’s strong, so you just gotta match intensity and physicality. I think that has been a strong point this year that we’ve focused on.”

Penn State will return to College Park on Saturday for the first time in two years. And for Maryland to hold preseason All-Americans Mac O’Keefe and Jack Kelly to just two combined goals again, the game could get physical.

Fairman has been the prime example of Maryland’s bruising play for the past four seasons. The 6-foot-1, 195-pound senior credits his two older brothers for making him tougher as a kid, and it’s showing in 2021.

Fairman is tied for second on the team in caused turnovers behind this season’s three-time Big Ten Defensive Player of the Week Nick Grill. When Fairman displays his intensity out on the field, it tends to rub off on the team one way or another.

“He’s definitely been pretty physical,” attackman Anthony DeMaio said. “He’s a great player, and he’s bringing a lot of energy to the team. Those physical plays have given us a boost, so he’s been doing a great job.”

The Nittany Lions’ seven goals in the week two matchup were the fewest the Terps have allowed all season. Last weekend, they held Rutgers to single-digit goals, and physicality helped them edge the Scarlet Knights down the stretch.

Midfielder Kyle Long got particularly tough in the fourth quarter. Long dished a shove to a Rutgers defenseman, which forced a turnover. Logan Wisnauskas gathered the ball and scored the dagger that sealed a 13-9 win for Maryland.

The main drawback to the Terps’ physical play is the penalties. They average three fouls per game, the second-most in the Big Ten. On the flip side, Maryland has the third-best penalty killing percentage in the conference at .438.

It’s sometimes difficult to balance the risk to reward ratio of playing physically, Tillman said, but that won’t stop his players from giving themselves up for the team. And he even hopes they can learn a life lesson along the way.

“I think for us, those physical plays energize our bench,” Tillman said. “We’ve taken some hits and gotten right back up, and that has energized our bench. Hopefully that’s something that the kids take with them after they leave, which is just: you do get knocked down, get up.”