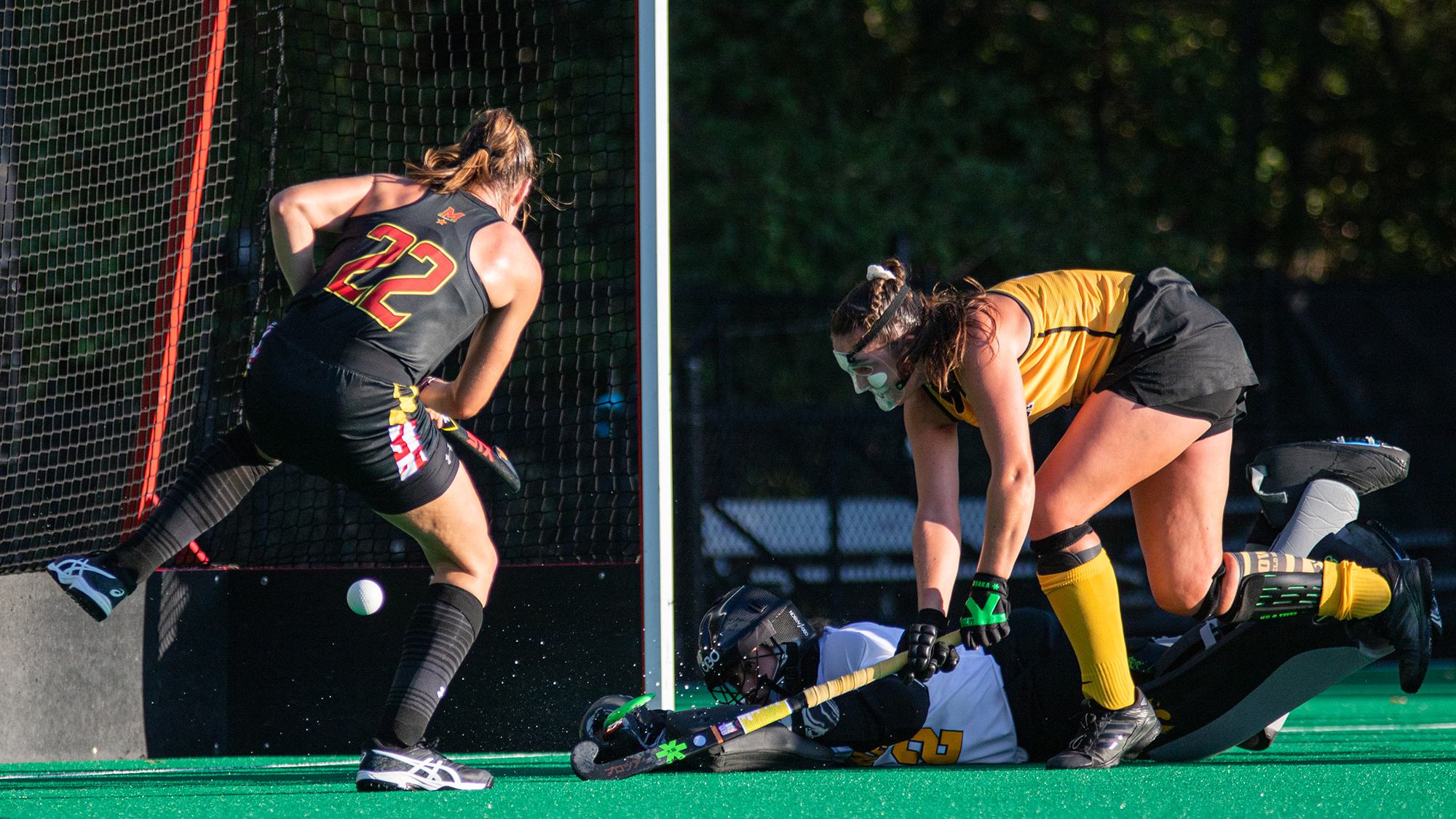 On Nov. 19, 1999, Maryland field hockey was locked in a 1-1 tie with Iowa in the semifinals of the NCAA tournament in Boston. The Terps had won the ACC tournament that year. The Hawkeyes were regular season Big Ten champions.

And in double overtime, it was Maryland that earned a trip to the 1999 NCAA championship match. Rachel Hiskins rattled her 18th goal of the season into the back of the cage, and the Terps felled Iowa.

They’d eventually go on to defeat Michigan in the championship and claim their third national title.

More than 20 years later, Maryland will meet the Hawkeyes for a pair in Iowa City, Iowa, on Friday and Sunday.

“We’ve had some great matches with them. I think back to the semifinal game in 1999 in Boston a long time ago,” coach Missy Meharg said. “I think back to that overtime game and just think about the resiliency of Iowa.”

Circumstances are a bit different as the two teams meet this weekend. Iowa (9-1) is the No. 2 team in the nation, according to the National Field Hockey Coaches’ Association’s latest poll, where the Terps (5-3) checked in at No. 13.

Maryland is riding a three-match win streak and is coming off a bye last weekend. But the Hawkeyes’ stellar defense reminds Meharg of what she saw in that double-overtime battle in 1999.

“They always have a defense that is built around a battle,” Meharg said. “Goaltending is always so strong.”

This season, as Iowa’s defense has held its opponents to just 31 shots through its 10 matches, goalkeeper Grace McGuire has made 11 saves and has let in just four goals.

But despite the Hawkeyes’ dominance this season, their offense has netted a total of 17 goals through their 10 matches  — on par with the Terps, who are off to a relatively slower start.

“They aren’t scoring a ton of goals,” Meharg said. “So Maryland’s defense needs to be very strong.”

When the Terps take the pitch Friday evening — their first match of the season to be televised on Big Ten Network — they’ll be coming off an 11-day layoff, their first match since defeating Indiana on March 21.

It’s quite the difference from November 1999, when Maryland had four days off after playing back-to-back matches against Lafayette and Old Dominion before the showdown with Iowa.

Still, this long break has been beneficial for the players as they prepare to face the Hawkeyes’ quality roster.

“[It’s] actually been really nice to have this kind of break so we can just really focus on getting outcomes,” junior Taylor Mason said. “We’ve been working a lot on footwork and individual defense.”

Maryland will face coach Lisa Cellucci’s squad at 5 p.m. Friday and 12:30 p.m. Sunday at Grant Field, named after Iowa field hockey founder and former women’s athletic director Dr. Christine Grant. It’s a chance for both sides to add another victory to their rich history, one neither team is taking for granted.

But regardless of what happens, the respect for one another will remain, fueled by years of competitive contests.

“What makes them so special is their discipline to the game even though they’re not in a laden hockey area,” Meharg said. “Their coaching staff is outstanding and it always has been; they have great, great pride.”