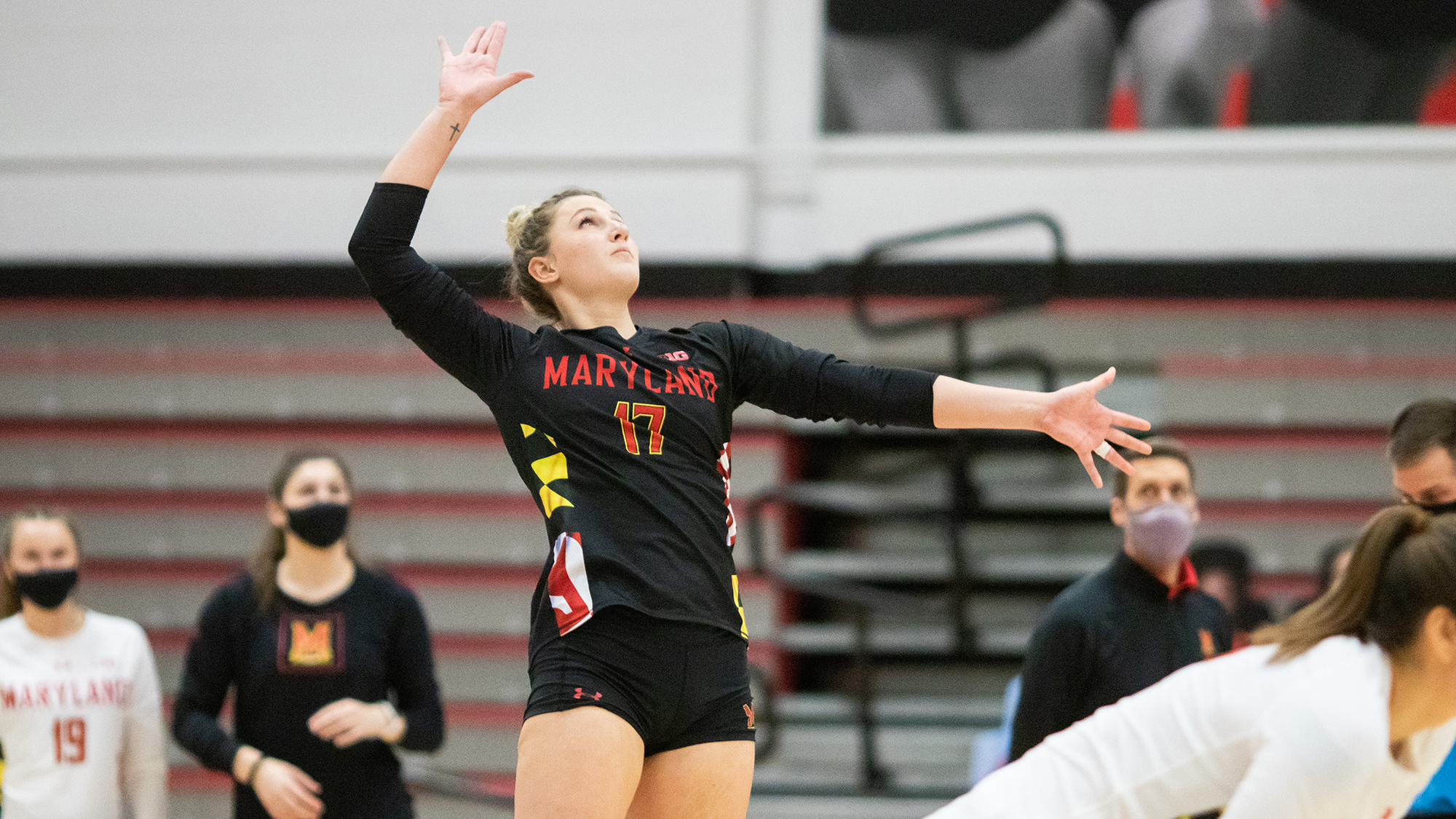 Fresh off back-to-back losses to Rutgers last week, Maryland volleyball will return home to College Park for its final test of the season: a two-match homestand against the Northwestern Wildcats.

“Energy is really high,” coach Adam Hughes said. “I think when you get closer to the end of the season like this sometimes it puts things in perspective, and this year has been one like no other.”

With the truncated 2021 season dwindling to a close, the Terps’ upcoming bout with the Wildcats doesn’t just signify the end of a season — it marks the end of the road for Maryland’s senior class.

“I think for me, it just feels surreal,” senior outside hitter Erika Pritchard said. “It kind of hit me hard this week, and it doesn’t feel real, but I just kind of want to end it on a good note and leave it all out there and finish strong with my teammates.”

[In the absence of star players, Maryland volleyball has turned to its bench]

And while Pritchard is hoping to cap off her incredible Maryland career with two wins over the Wildcats, Hughes and the Terps know that consecutive wins in the Big Ten are easier said than done.

“Of course you’d love to send your seniors off with a couple wins,” Hughes said, “but we know Northwestern is a tough matchup… we think that they have one of the best attackers in the conference, if not country.”

Northwestern is led by outside hitter Temi Thomas-Ailara, who boasts an impressive 4.03 kills per set average, good for third in the Big Ten Conference.

“We definitely keep every player in mind, I mean we have a scouting report on every player,” said Pritchard, “but [Thomas-Ailara] is one of their key players that we have to stop so we do have to pay attention to that in practice.”

And while the Wildcats haven’t been able to piece together any semblance of a winning streak, sitting at just 3-5 on the season with 12 postponed contests due to COVID-19 concerns, Hughes and the Terps aren’t taking Northwestern lightly.

“Wait until you see this Temi kid,” Hughes said. “Just wait till you see it. She’s gonna hit a jump serve… she’s ridiculous.”

Despite the sizable threat Thomas-Ailara and the Wildcats pose, the Terps are used to adversity. For libero Sam Burgio, it’s been these challenges that have bonded their senior class throughout their tenure in College Park.

“I feel like our class has really been through it, and just to be here and be committed to this whole program, we’ve kind of done it together,” Burgio said. “I mean, we’ve had… a whole staff switch, people coming in and out, so it’s kind of been like a family where you rely on each other.”

So, for the final time in their Maryland careers, Burgio and the senior Terps will don the red and white jersey at Xfinity Pavilion. And with the threat of Northwestern looming large, they’ll have the chance to show just how much of a family they are.