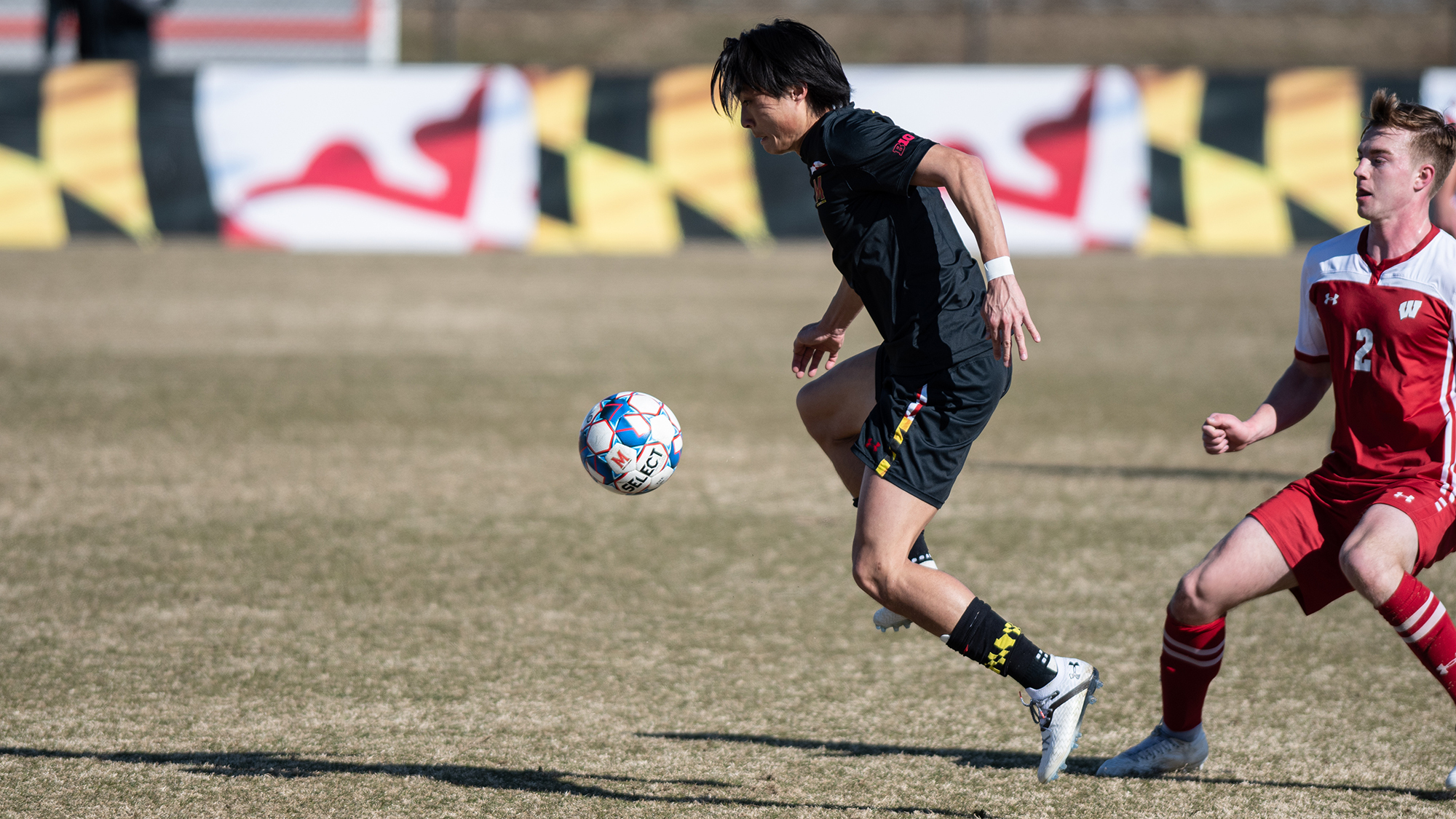 Paul Bin punched the air vigorously, frozen in celebration after scoring a penalty kick. And for good reason — his calm finish had given Maryland men’s soccer a 1-0 lead against a stingy Michigan State team.

The Terps went on to win that game, and now Bin has been acknowledged for his starring role.

Bin was named Big Ten Offensive Player of the Week, the conference announced in a release Tuesday.

The redshirt senior grabbed both goals in the Terps’ 2-1 victory over Michigan State. The two teams were tied at halftime, and Bin scored two in the second half to lead Maryland to its third consecutive victory.

His brace continued a strong run of form in recent matches. Bin scored the second goal in the Terps’ 2-1 win over then-undefeated Michigan March 11.

Bin has starred for the Terps since returning from an ACL tear that kept him out of the 2019 season. He leads Sasho Cirovski’s squad with three goals through six games. He is one off his career high of 4 goals — a tally he reached in Maryland’s 2018 national championship winning season.

Bin started the first three games of the season playing on the wing, but since moving to a central striker role has averaged a goal per game, with the switch appearing to get the best play out of the South Korea native. The Terps are undefeated since Bin moved to that position.

And he will need to continue his rich vein of form if Maryland is to continue to climb out of an 0-3 hole.