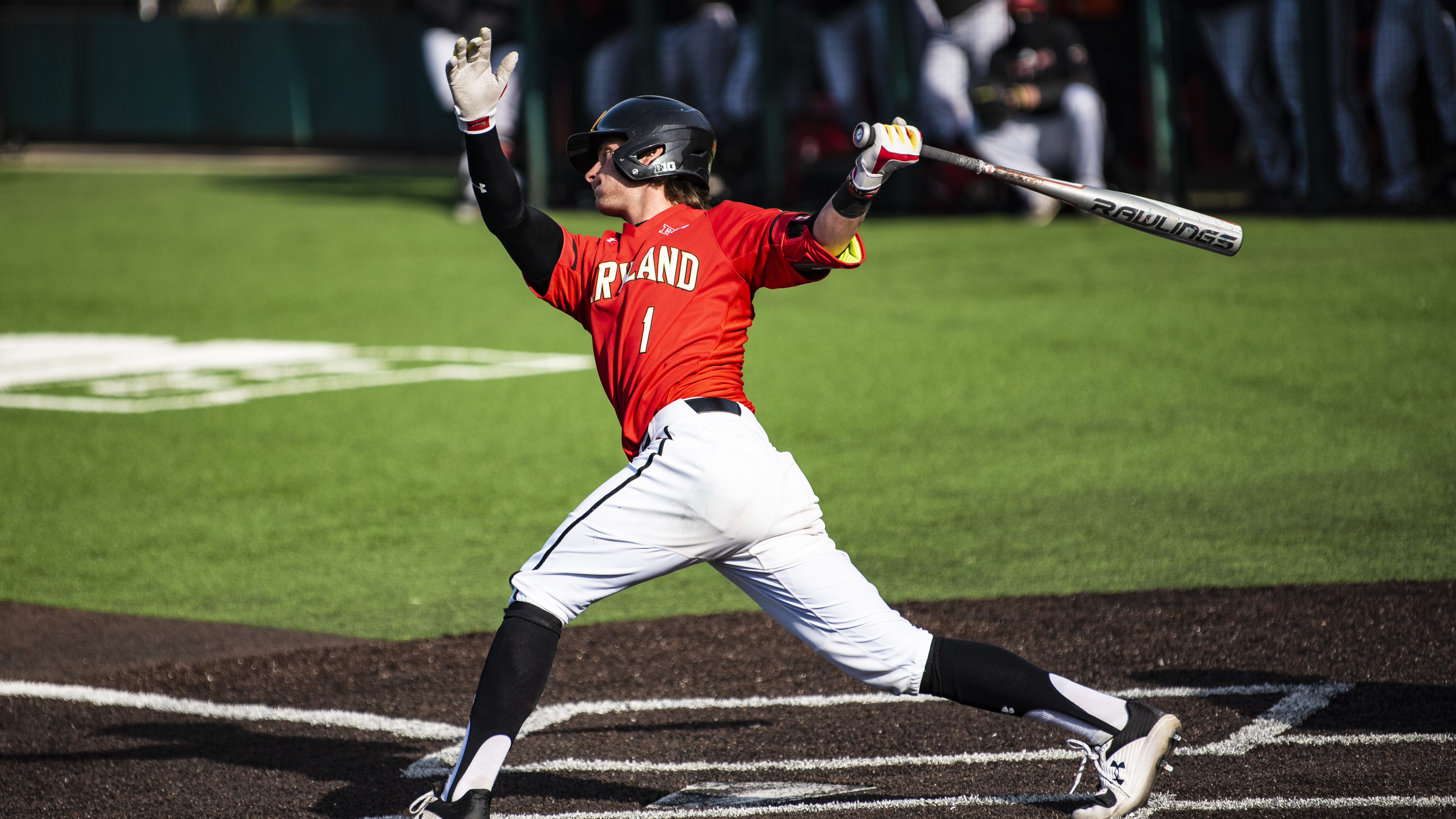 After a week in which Maryland baseball’s Ben Cowles went yard five times, the junior has earned the Big Ten’s Player of the Week award.

The shortstop hit more home runs over the weekend than he hit in all 15 games last season. Besides the long balls, Cowles went for 6-for-14 at the plate and drove in eight runs in the weekend series against Rutgers.

In eight games this season, Cowles has batted in 25.6 percent of the Terps’ runs. He is also tied for the conference lead in home runs at six with the Scarlet Knights’ Chris Brito. Additionally, Cowles is second in the Big Ten with a 1.125 slugging percentage.

The junior is the second Maryland player in as many weeks to earn conference honors. Pitcher Jason Savacool previously earned Freshman of the Week for his stout performance against Michigan State.

Cowles is the first Terp to earn the Big Ten’s Player of the Week award since shortstop AJ Lee collected the honors in the final week of the 2019 season.