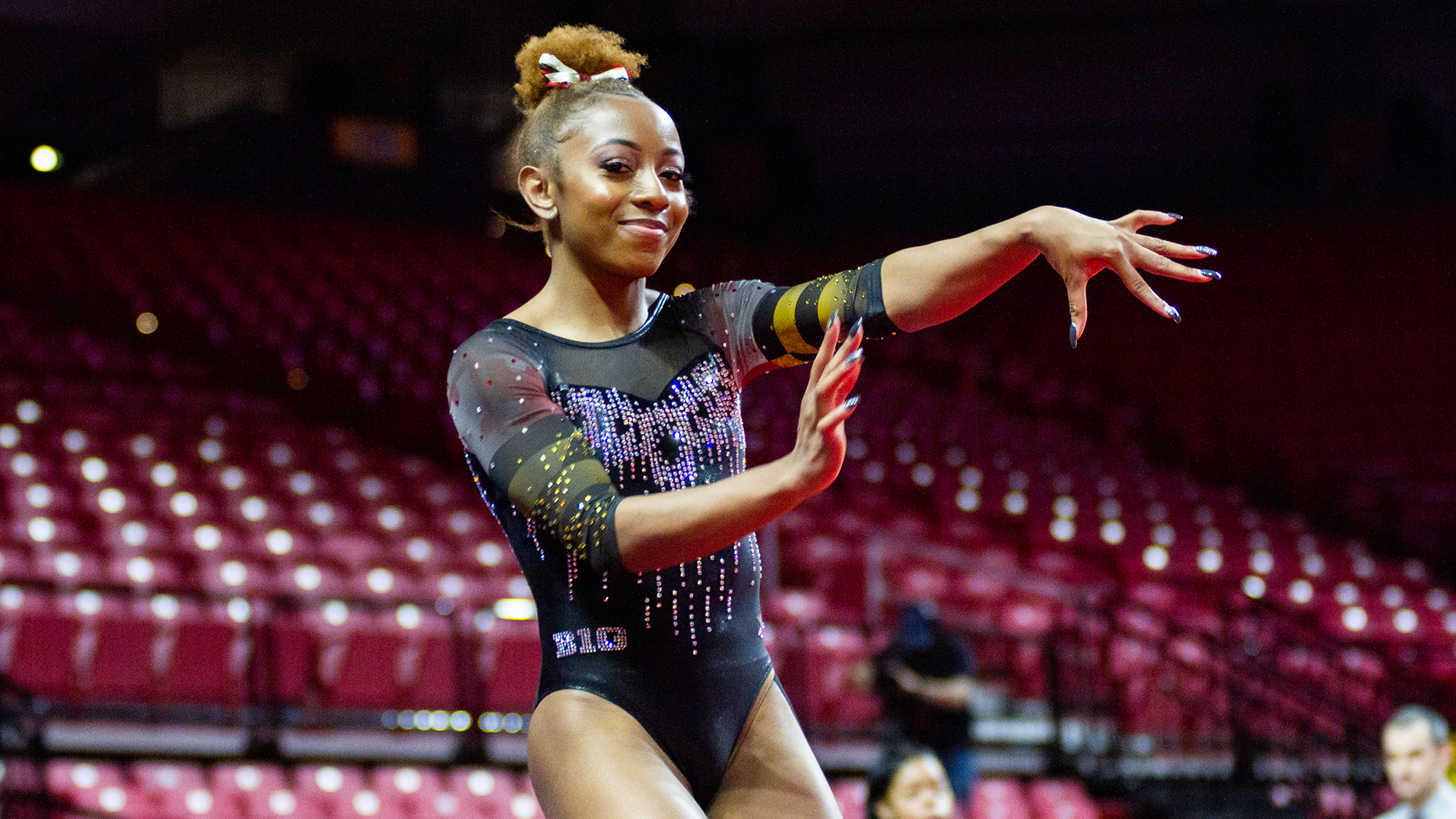 Maryland gymnastics can often be seen and heard dancing and singing away its nerves in the locker room before a meet. With a playlist filled with music by the likes of Chris Brown, Dua Lipa and Drake, the Terps’ antics get them energized and ready to perform as they head into the gym.

It’s become a staple in the meet-day routines of both new and experienced gymnasts on coach Brett Nelligan’s squad — yet another way for the Terps to get  mentally prepared to ace their routines.

“It lets all the nerves out and just really brings me back to the present moment,” senior Collea Burgess said. “I feel a lot more comfortable when I’m joking around, listening to music, dancing with everyone in the locker room.”

And for Burgess, the pre-meet rituals don’t stop there.

Since her freshman year of high school, Burgess has started her morning on the day of a meet with a cup of her favorite tea — soursop leaf tea, a tie to her Jamaican roots. As her day continues and the meet draws closer, she always makes sure to finish a banana.

But Burgess does not follow these routines for the nutritional value or physical benefits they provide — she just does them. And it gets her in the zone to compete.

“It’s just kind of been something that’s become like a pattern. I don’t even think about it, it’s just something that automatically happens,” Burgess said.

Because Burgess’ routines and superstitions have been part of her competition routine for almost eight years, they aren’t likely to change anytime soon.

To Nelligan, these types of rituals make sense. As a former collegiate gymnast with his own set of rituals and superstitions, he understands the importance of building a routine and its impact on creating the necessary mental environment to compete.

“Gymnasts are definitely creatures of habit … The way they prepare, before they approach the event, they try to keep that real consistent,” Nelligan said. “Because consistency breeds consistency … being consistent with your preparation leads to consistent performance.”

Burgess knows, however, the key to her success during meets is not her pre-meet routine. She would rather define herself as a gymnast through the effort she’s put into training her mind and body to overcome the adversities the sport can present.

While she says skipping her normal routine might make her more nervous than usual, Burgess thinks she would be prepared to tackle any mental obstacles and leave her game unaltered.

“If there was a meet where I did miss something that I usually do, I think I’d be able to kind of brush it off and not let that define the meet,” Burgess said. “At the end of the day, superstitions are just things that you create yourself that aren’t probably based on any reality or fact.”