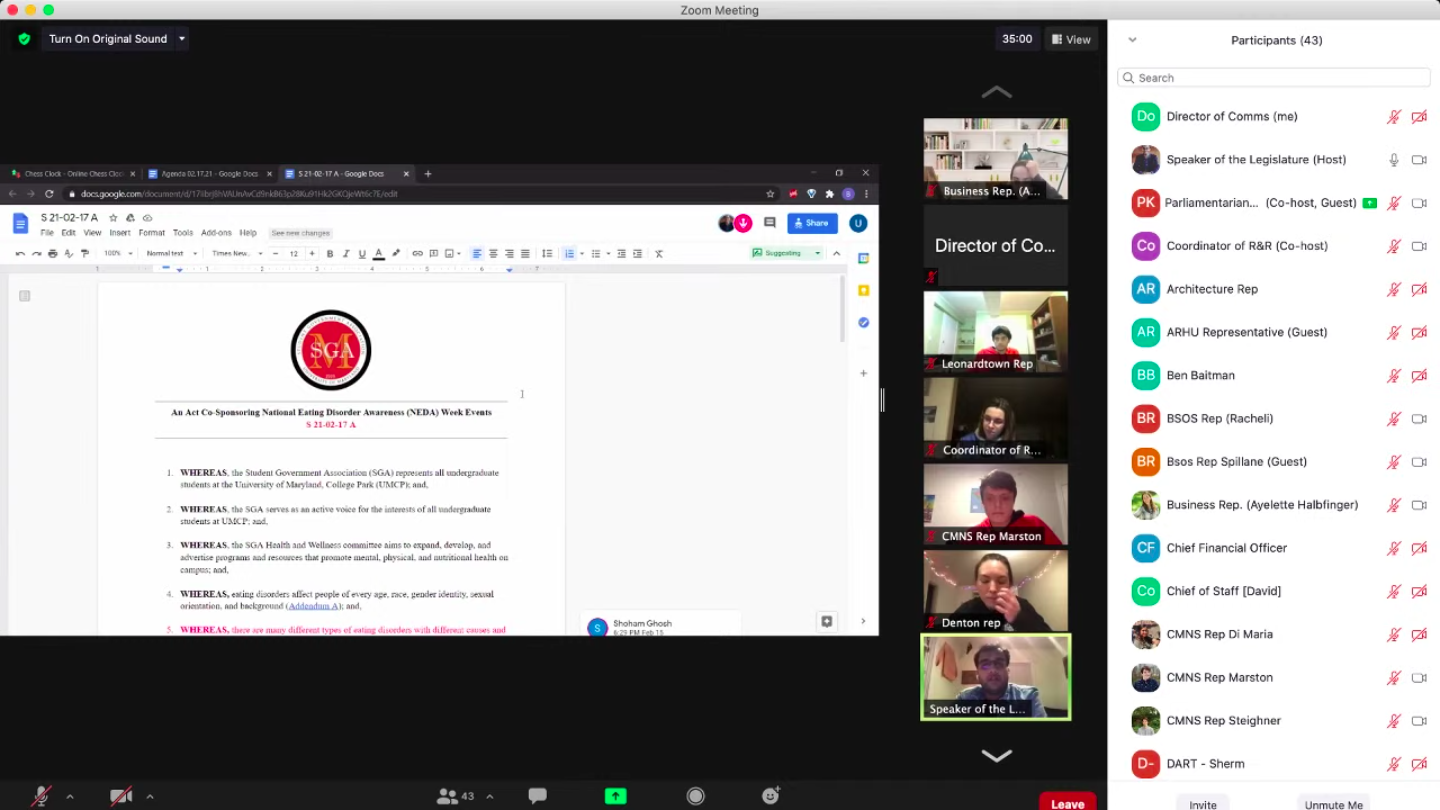 “It’s a really important initiative. I’m glad someone’s working on it,” said Racheli Cohen, who sponsored the bill. “I’m really looking forward to the events, and I hope a lot of people come to support because I think it’s an important issue.”

In November, the SGA cosponsored a similar town hall on body image that also featured Merson, along with psychology professor Dr. Monica Kearney. That presentation touched on how to bring up the topic of eating disorders with family and friends.

Cohen, who is a behavioral and social sciences representative, said she discussed the bill and importance of bringing awareness to eating disorders with Shoham Ghosh, director of the Health and Wellness Committee, and Jessica Levenson, a member of the committee.

Though Cohen did the research about eating disorders and wrote the bill, Levenson planned the events for the bill, which was difficult with a virtual environment. She said she made sure to only make the information session an hour because students often get Zoom fatigue from doing online classes all day.

“I don’t want any one group or culture to feel shadowed or not exposed. I definitely think the pandemic of racism has been around a lot longer than [the coronavirus] has,” Levenson said. “It’s important to make sure that no one race is more valuable than any other.”

On Feb. 24, the SGA will release informational graphics on eating disorders on its various social media platforms, including Instagram and Twitter. The infographics will include information about the intersection of eating disorders and the Black community, said Nyah Stewart, the body’s communications director.

“Because this week does fall in February, which is Black History Month, it’s important to maybe point out about how eating disorders affect African American and Black people specifically and how that might be different with regards to the general population,” Stewart added.

To conclude the week on Feb. 26, the SGA will host a meditation seminar with SKY UMCP through Zoom.

The goal of the NEDA week events is to bring attention to the issue of eating disorders among college students and provide resources on how to help those with eating disorders.

“If one student sees the information post or goes to the session and is like, ‘Hey, I know someone dealing with this, what can I do to help them?’” Levenson said. “ If just one student gets that from it, I’ll feel that it has been successful.”