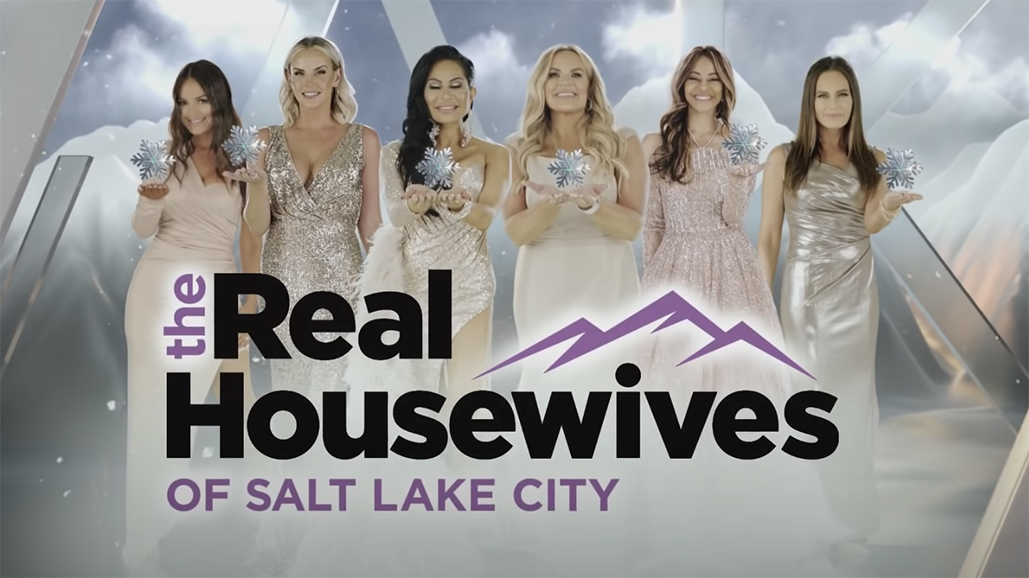 The Real Housewives of Salt Lake City reunion is just around the corner, and the inaugural season gave fans all the drama they could’ve asked for and more. With part one of three premiering tomorrow on Bravo, here’s a quick recap of everything you need to know.

Although Cosby was present in just a few episodes last season, she surely made an impression. One of her long running arcs was her conflict with Jen Shah. The once-close duo threw their friendship out the window after Cosby told Shah she “smelled like hospital” after Shah returned from visiting an aunt who had undergone a double amputation. The two attempted to make amends to no avail. Cosby also stirred the pot after telling Whitney Rose that Meredith Marks and Lisa Barlow claimed they were afraid of Shah. Cosby became a fan favorite with her questionable marriage to her step-grandfather, her odd relationship with housekeeper Charlinda and her title as first lady of her church. Will Cosby and Shah make amends? Will she address her comments made about Barlow and Marks? Will we finally get a better look at her marriage with her step-grandfather?

Saying Shah made waves this season would be an understatement — it would be more appropriate to say she caused a whole tsunami. Shah fought with just about every single one of her castmates, but mercifully only threw a glass at one or two of them. Besides her long-standing fight with Cosby, she also turned against her once close friends Rose and Heather Gay after a psychic in Las Vegas revealed that neither of the women trusted her. While she has since made amends with Gay and Barlow, her relationships with Rose and Marks still remain unclear. Shah also got very candid about her rocky relationship with her husband. Will Shah throw another glass? Will she throw something more dangerous? Have the Shahs worked through their marital problems, or is there still trouble in paradise?

[The best romance movies to hate-watch this February]

The self-proclaimed “queen of Sundance” had a mostly positive presence on the cast. Besides her altercation with Rose, Barlow stayed out of the drama. Although we still don’t know if she truly told Cosby she was afraid of Shah, we do know that she has forgiven Rose for repeating this allegedly false comment. Barlow gave an inside look at her many business ventures, often citing Warren Buffett as an inspiration for her drive. While Barlow loved her work, it caused some issues in her marriage. Her husband said she wasn’t spending enough time with her family, so to amend this, she helped her 16-year-old and 8-year-old start a hair care company. Has Barlow stepped back from business and worked on some more traditional family bonding activities, or is it still full steam ahead? Also, is she actually afraid of Shah, or was this a scheme created by Cosby to mess with Shah?

Marks had a season of highs and lows. She started off revealing she and her husband had reverted to the “dating” stage in an attempt to save their marriage. We saw the ups and downs of their relationship, but the breaking point for their separation was when her husband missed their son’s debut as a designer at Park City Fashion Week. Despite this, the two reconciled and are happier than ever, according to them, at least. The relationship was confusing to some of the women, leading Shah to allege that Marks had been seeing other people. Although Marks revealed she would see other men while she and her husband were on breaks, Shah’s comments did not sit well with her and the two have yet to resolve their differences. Is Marks’ marriage truly back on the right path, or was a façade put up for the cameras? Will Marks and Shah be able to mend their friendship?

[The 7 best Chrome extensions to start the semester off right]

Gay showed a side of the Mormon church that isn’t seen often. She struggled with her connection to church after feeling shunned by the community due to her divorce. Gay also showed off her booming beauty spa business while balancing her life as a single mother of three, raising her kids through an untraditional Mormon lens. Gay stood by Shah’s side for most of the season until enough was enough. Shah attempted to mend the friendship by taking Gay on a disastrous double-date and a semi-successful private shopping trip. While the gestures were nice, all of that went out the window when Shah physically attacked Gay during their trip to Las Vegas. Although Shah and Gay made up, the apology seemed insincere. Did Shah and Gay truly make up? Will Gay ever truly return to the church?

Rose had a wild season. She was not afraid to say what she wanted even when she wasn’t supposed to. Rose, often the middle man in delivering information between parties, was frequently fighting with the other women for speaking about what she heard. Needless to say, the women of Salt Lake City forgot the concept of “don’t shoot the messenger.” Rose also gave a candid look at her rocky relationship with her father. She spoke openly about his battle with sobriety, having him live in a sober-living facility and how his battle with addiction affected their entire family. Last we saw, her father was studying to become an instructor at cosmetology school. We can only hope he is still on the path to living a sober life. Will Rose bear the blame for being the messenger, or will the women realize she was just relaying information?

The Real Housewives of Salt Lake City reunion will premiere Feb. 10 on Bravo at 9 p.m.