Maryland men’s basketball vs. No. 4 Ohio State: How to watch and what to watch for 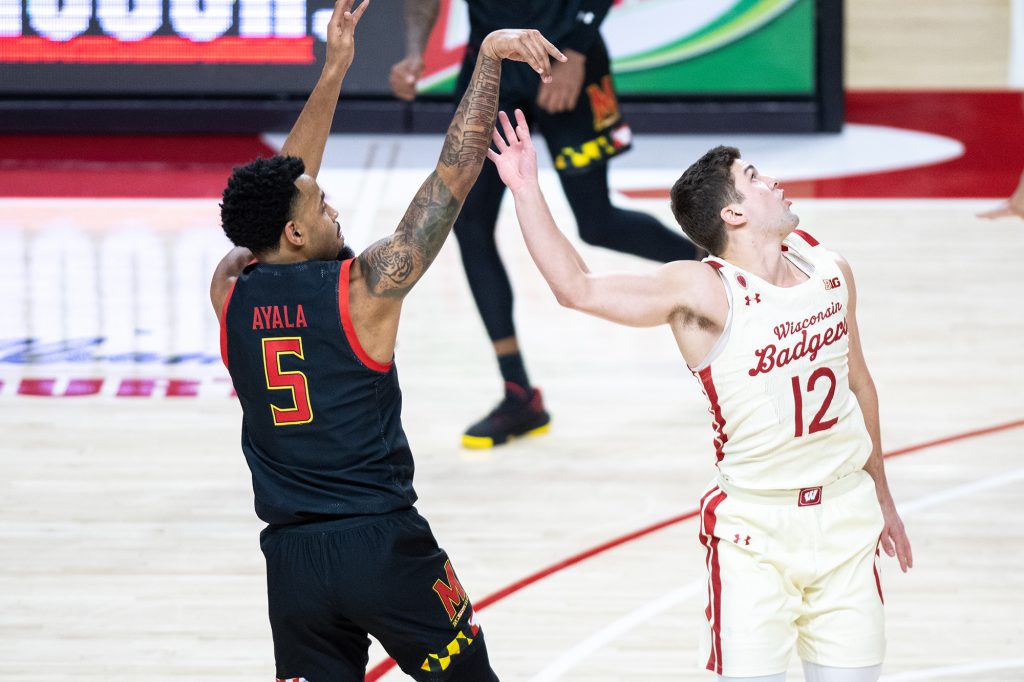 Guard Eric Ayala watches his shot attempt during Maryland's 61-55 loss to No. 14 Wisconsin on Jan. 27, 2021 at the Xfinity Center. (Julia Nikhinson/The Diamondback)

What to watch for Maryland: Will Maryland continue its odd play against ranked opponents?

In its 12 conference games this season, nine of Maryland’s opponents have been ranked. The Terps are 4-5 in those games and 0-3 in games against unranked opponents. Given Maryland’s last game was an ugly loss to a struggling Penn State, all signs should be pointed to an Ohio State win. However, due to the weird nature of this college basketball season, especially Maryland’s, all of that means nothing.

What to watch for Ohio State: E.J. Liddell

E.J. Liddell has been one of the most improved players on the Buckeyes’ roster from a year ago. The sophomore power forward is averaging 15 points and 7 rebounds per game, after averaging 7 and 4 a year ago. Liddell has scored double digits in six consecutive games and has scored more than 20 in four of those games.