Maryland men’s basketball vs. Penn State: How to watch and what to watch for 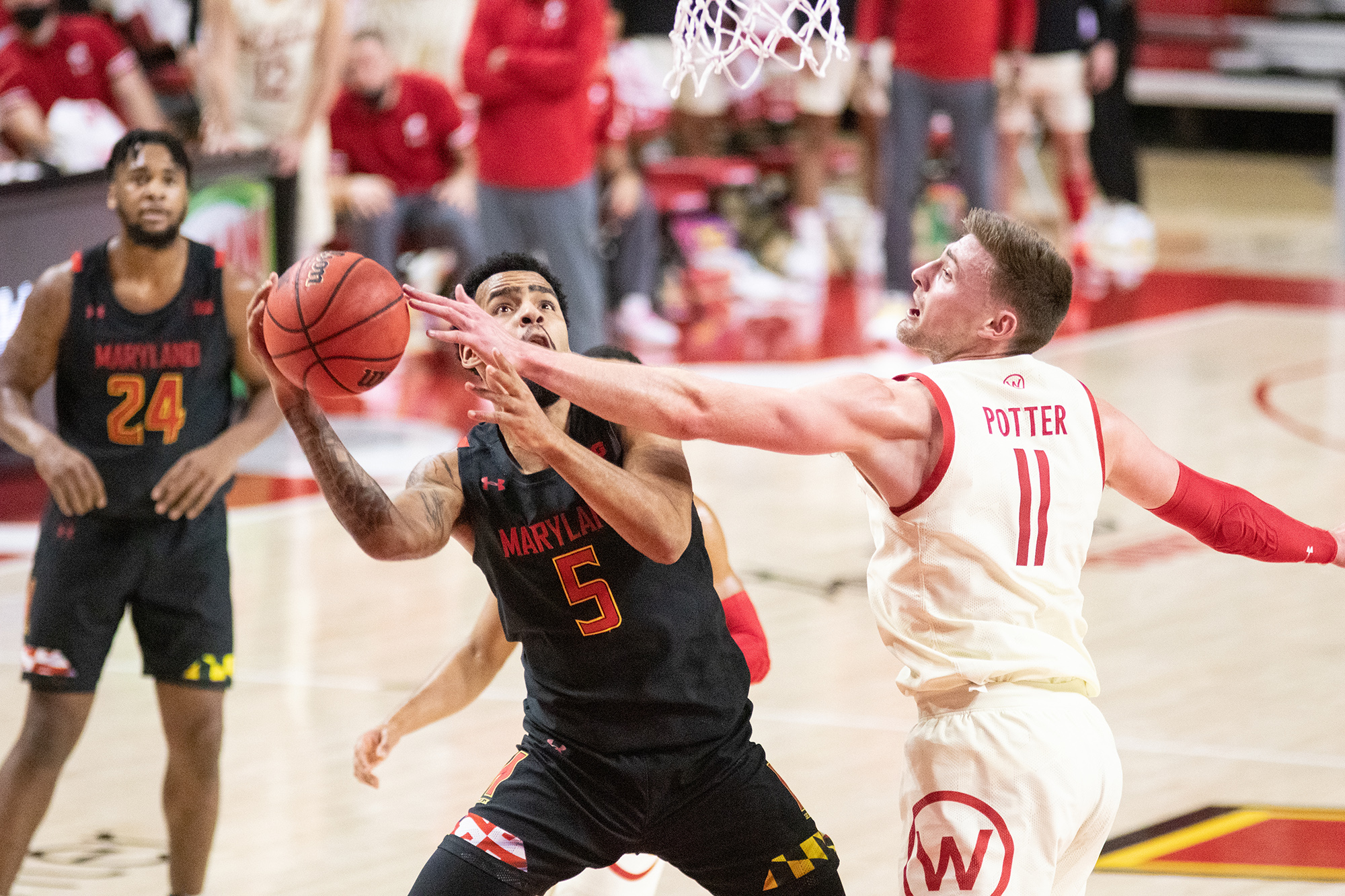 Guard Eric Ayala attempts a contested layup during Maryland's 61-55 loss to No. 14 Wisconsin on Jan. 27, 2021 at the Xfinity Center. (Julia Nikhinson/The Diamondback)

What to watch for Maryland: Will the Terps finally win a game in Bryce Jordan Center?

It’s been nearly six years since Maryland has won a road game at Penn State, which is unfathomable. In their last matchup in December 2019, Maryland was undefeated and the No. 4 team in the country and they still lost at Penn State. The Nittany Lions are only 6-8 this season but have some impressive victories over Wisconsin and Virginia Tech, which means Friday’s matchup will be another challenging conference road game for Maryland. Nevertheless, this is a game that the Terps need to win if they want to stay in contention for a potential NCAA Tournament berth in March.

What to watch for Penn State: The duo of Myreon Jones and Izaiah Brockington

These two guards have stepped up their play this season as the Nittany Lions attempt to replace the hole left in their lineup by the departure of school legend Lamar Stevens. Jones leads the team with 15.6 PPG while Brockington is the team’s second-leading scorer and averages 14.7 PPG. The Terps finally won’t have to deal with a dominant big man, which means they should focus their defense on limiting these two players as much as possible.