Terps in the NFL: Year in review 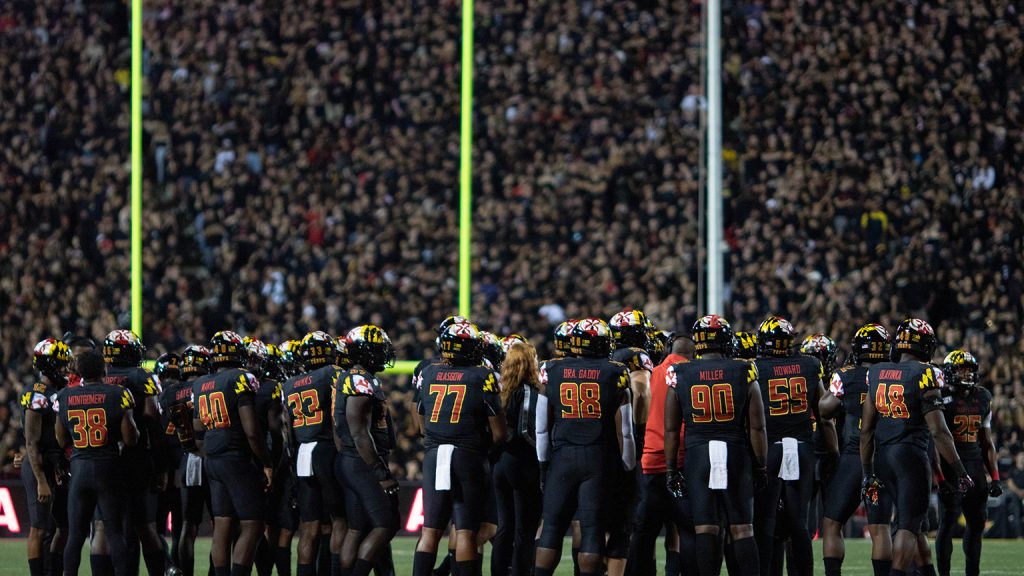 With Super Bowl LV less than a week away, the Kansas City Chiefs and the Tampa Bay Buccaneers will face off for the right to be crowned champions. With no former Terps on either of those teams, it was only right to take a look back at what they were able to do on their respective teams in 2020. A handful of Pro Terps had such great seasons they warranted their own articles, so they aren’t included in this one.

Michael Dunn, OL, Cleveland Browns– Having yet to find a consistent place to call home since he began his NFL career in 2017, Dunn found a role this season with the Cleveland Browns. After bouncing back and forth between the active roster and the practice squad throughout the season, Dunn went on to start at guard for the Browns in their first playoff game since 2002. The Browns went on to beat the Pittsburgh Steelers 48-37, before falling to the Chiefs the following week.

Ty Johnson, RB, New York Jets- Johnson was another former Terp who changed teams midway through the 2020 season, being claimed off waivers by the Jets from the Detroit Lions. In Week 13 against the Las Vegas Raiders, Johnson had the first 100-yard game of his career, rushing 22 times for 104 yards in the Jets’ loss. Johnson served as a rotational running back for New York and was an integral piece of their first win of the season, catching six passes for 39 yards and a touchdown as the Jets upset the Los Angeles Rams, 23-20. Johnson finished the season with 54 carries for 254 yards and a touchdown, and also caught 16 passes for 99 yards and another score.

Anthony McFarland Jr., RB, Pittsburgh Steelers- Selected in the fourth round of the 2020 NFL Draft, McFarland joined a crowded Steelers’ running back room, and as a result, saw limited action as a rookie. The former Under Armour All-American finished the season with 33 carries for 113 yards and caught six passes for 54 yards. He will enter his second NFL season still chasing his first career touchdown.

Tyler Mabry, TE, Seattle Seahawks– The former Terp and Buffalo Transfer, Mabry also went undrafted after declaring for the 2020 NFL Draft. He signed a contract with the Seattle Seahawks but has yet to see action yet in the NFL.

Trey Edmunds, RB/TE, Pittsburgh Steelers- Another former Terp running back now in Pittsburgh, Edmunds did not record any statistics in 2020. He played in four games for the AFC North Champions.

Yannick Ngakoue, DE/OLB, Baltimore Ravens– Ngakoue started the 2020 season with the Minnesota Vikings, before being acquired by the Ravens in an October trade. After spending the beginning of his career in Jacksonville, Nkagoue played this season on the franchise tag for the Vikings and Ravens, registering eight sacks, four forced fumbles and 23 tackles on the season. Ngakoue is expected to enter free agency where he could demand top dollar.

Quinton Jefferson, DL, Buffalo Bills– In his first season with the Bills, Jefferson recorded 14 tackles, three sacks and one forced fumble for a Buffalo team that went to its first AFC Championship since 1994.

Josh Woods, LB, Chicago Bears- Serving as a reserve linebacker for the Bears, Woods recorded 10 total tackles and recovered a fumble this season.

Tino Ellis, DB, Miami Dolphins- After originally catching on with the New Orleans Saints to begin his NFL career, Ellis ended the season as a member of the Miami Dolphins’ practice squad. He didn’t record any statistics on the season.

Antoine Brooks Jr., DB, Pittsburgh Steelers- Drafted in the sixth round of the 2020 NFL Draft, Brooks recorded one total tackle in 2020. He served as a reserve member of the Steelers’ secondary, seeing limited action as a rookie.

Sean Davis, DB, Pittsburgh Steelers- Davis, who signed with the Washington Football Team prior to the 2020 NFL season, was waived in September, before ending up back in Pittsburgh. The former second-round pick recorded 11 tackles and a pass deflection this season. Similar to Brooks, Davis also served as a depth piece in the secondary for the Steelers.