Maryland men’s basketball vs. No. 14 Wisconsin: How to watch and what to watch for 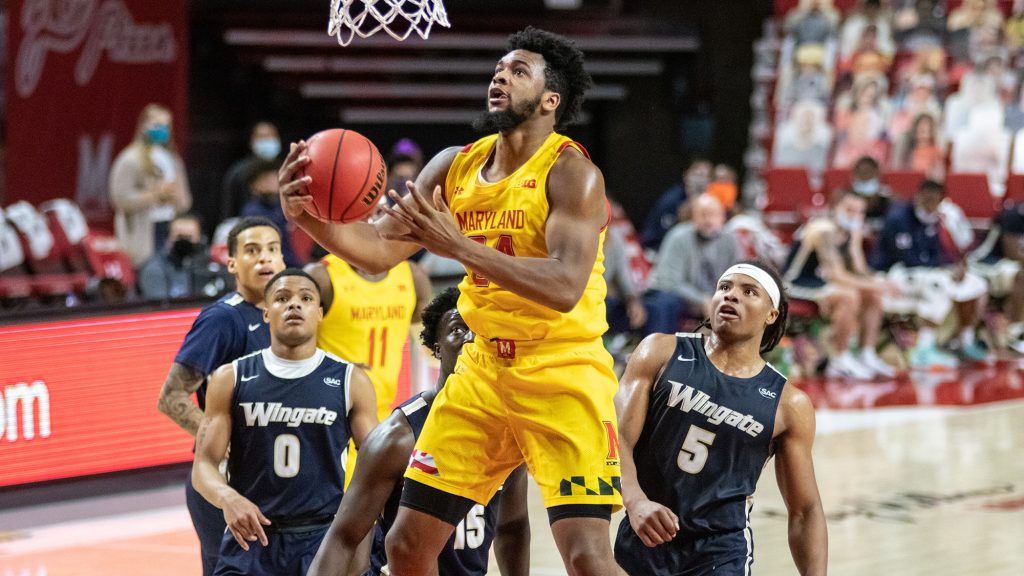 Donta Scott rises for a layup during Maryland's 100-58 win over Wingate on Jan. 15, 2021, at Xfinity Center. (Julia Nikhinson/The Diamondback)

What to watch for Maryland: Defense in the paint

A major component to the Terps’ upset at Wisconsin earlier this season was how they were able to defend the paint against Wisconsin’s bigs, and it will surely be key to their success for round two. The Badgers’ bigs (Nate Reuvers – 6’11”, Micah Potter – 6’10”, and Tyler Wahl 6’9”) outsized Marylands’ bigs (except for the 7’2” Chol Marial — though he only played three minutes), but the Terps went on to hold them to 6-20 shooting. Look to Aaron Wiggins and Darryl Morsell as major players for the Terps’ interior defense this time around, as the duo combined for 14 rebounds and four blocks.

What to watch for Wisconsin: Playing defense as advertised

For a team that has the seventh-best defensive rating in the nation per KenPom, allowing 70 points to an unranked Maryland team earlier this season was a rare sight for the Badgers. It was the only time this season that Wisconsin surrendered that many points to an unranked team in regulation, and it was due to a surprisingly lackluster defense — interior and perimeter — that allowed Maryland to shoot its best percentage (50 percent) against a conference opponent all season long. If Wisconsin hopes to achieve redemption during Wednesday night’s game, they need to bring the defense that’s kept opponents to a .405 clip all season long, especially with the height advantage they pose against Marylands’ bigs.