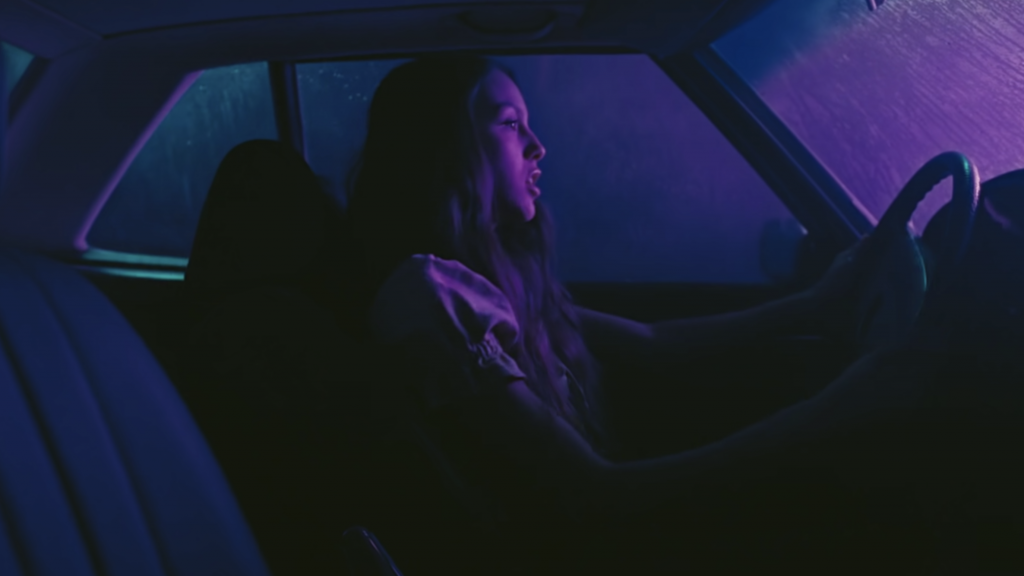 I was right to have high expectations — “drivers license” captures nostalgia and heartbreak in a hauntingly beautiful way. The song is about Rodrigo getting her driver’s license after discussing it with her ex-boyfriend, rumored to be her HSMTMTS costar Joshua Bassett (who apparently left Rodrigo for Sabrina Carpenter, yet another Disney star).

In the bridge, Rodrigo’s voice echoes as if through the empty streets she’s driving alone. The added “ooo”s linger like her visions of her ex, a feeling she describes when she says “I still see your face in the white cars, front yards.”

One thing noticeably absent, though, was a powerful drum track — an addition that could have elevated the song a lot. Some TikTok users even made remixes with drums added to show the potential. On the other hand, the lack of drums gives the song a hollow, dreamy sound. It reminds me a lot of Lorde’s album Pure Heroine, where the synths swell beneath an angelic voice.

Alongside the single, Rodrigo released the “drivers license” music video Friday, which has since racked up almost 23 million views. The video is a Gen Z masterpiece, tastefully integrating many TikTok trends. Colored lights dimly illuminate Rodrigo’s face as she sings, and she poses in front of a projector that plays the lyrics over her face. In a moment straight out of The Perks of Being a Wallflower, Rodrigo hangs over the edge of the car as it drives, her hair blowing in slow motion as she belts the bridge.

Rodrigo’s age makes her work all the more relatable, and it’s paying off. Billboard projects that the 17 year old’s song will debut high on the Hot 100 list this week, and it’s already hit No. 1 on both Apple Music and Spotify’s daily charts.

[The ‘Ratatouille’ musical shows the power of the Broadway community]

There’s also something really cathartic about hearing a Disney Channel starlet sing, “Can’t drive past the places we used to go to / ‘Cause I still fuckin’ love you babe.” I didn’t expect an explicit single, given Disney’s tendency to censor works of their stars, but that line packed the punch that the song needed.

That’s my biggest takeaway from the release of “drivers license”: When Disney gives their young stars artistic liberty, they run with it and make unironically great music. As a 20-year-old, I’m a proud fan of Rodrigo and find myself heavily invested in her drama — which, in the end, is great for Disney.

Don’t get me wrong, I love the old, clean classics of Disney starlets past such as Ashley Tisdale’s “He Said She Said” — but don’t you wish Disney afforded her a few explicit words to write a powerful ballad about her love triangle with Zac Efron and Vanessa Hudgens? Imagine the songs we could’ve had from that era of Disney Channel stars.

We’ve seen this before with Miley Cyrus, the pinnacle of Disney stars who, nearly 10 years after Hannah Montana ended, is finally finding her destined, pop-rock sound. Cyrus’ new album, Plastic Hearts, while incredible, was long overdue. Without the same Disney Channel setbacks,  Rodrigo’s immediate success with the release of “drivers license” gives me high expectations for her projects in the future, near and far.

To add to the fan theories surrounding “drivers license,” Rodrigo’s suspected ex-boyfriend, Bassett, announced earlier this month that his new single “Lie, Lie, Lie” is coming out Thursday. Here’s to hoping it’s explicit, and half as good as “drivers license.”

[Review: I watched ‘Bridgerton’ in 24 hours, and you should, too]

CORRECTION: Due to an editing error, a previous version of this story misstated Olivia Rodrigo’s age. Rodrigo is 17 years old. This story has been updated.