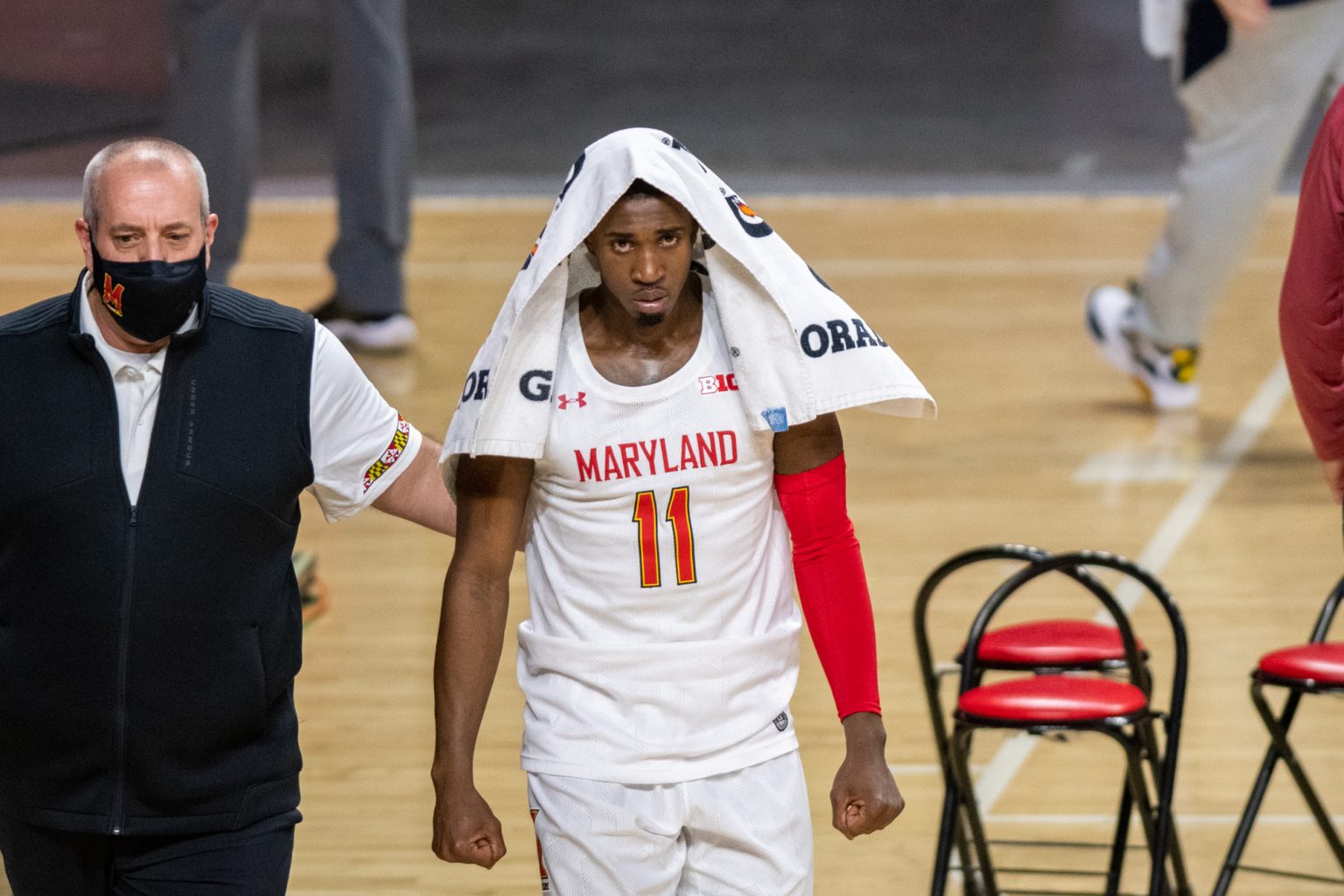 Guard Darryl Morsell walks off the floor during Maryland men's basketball's 84-73 loss to No. 16 Michigan on Dec. 31, 2020. (Joe Ryan/The Diamondback)

Maryland men’s basketball guard Darryl Morsell will miss one to two weeks after suffering a facial fracture during the Terps’ 84-73 loss to No. 16 Michigan on Thursday.

Morsell suffered the injury late in the first half after Wolverines guard Franz Wagner elbowed him in the face during a layup attempt. The senior left the court with an indentation on the left side of his face.

Morsell was taken to the sideline, burying his face in his hand and draping his face with a towel at different points. When the Terps returned to the court after halftime, Morsell was in street clothes.

He was transported to the University of Maryland Medical Center’s Shock Trauma Center in Baltimore Thursday night, Turgeon said, meeting his parents there. On Friday morning, Morsell announced that he had successful surgery to repair the fracture.

[Fueled by holiday road trip, Maryland men’s basketball is closer than ever]

Morsell, a Baltimore native, has started 90 games during his four seasons in College Park. He is perhaps Maryland’s best defender, earning an honorable mention on the All-Big Ten media team last season.

Morsell has started nine of the Terps’ opening 10 games, posting averages of 7.7 points and 4.8 rebounds on 41.9 percent shooting. The senior had shown signs of an improved jumper, although his shooting has thawed after suffering a shoulder injury earlier in the season.

Without Morsell, Maryland struggled, particularly on defense. Forward Donta Scott played 39 minutes, his offensive and defensive responsibilities swelling in Morsell’s absence. The sophomore scored 19 points, but the Terps struggled to contain the Wolverines’ threat. Michigan went on a 29-7 run in the second half to put the game away.

“Darryl’s injury changes everything,” Turgeon said after the game. “It changed everything in the second half for this team.”