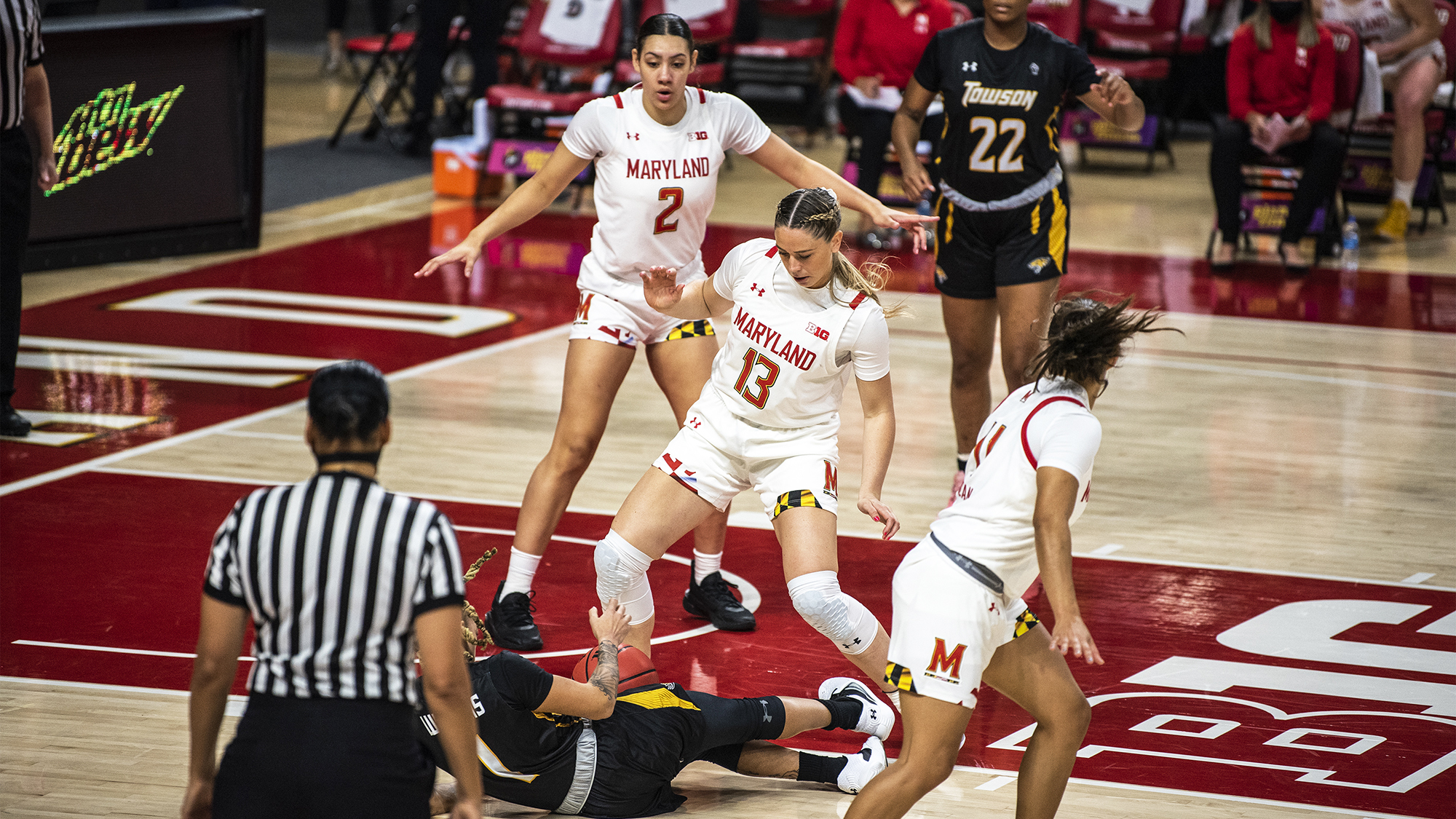 Early in the first quarter against Towson, Maryland women’s basketball guard Angel Reese grabbed a rebound and went coast to coast, stepping through and finishing past a Towson defender for two points that looked effortless until the end, when she landed awkwardly on her right foot. A couple of defensive possessions later, she began to hobble around the paint, struggling to put weight on her foot.

As the possession unfolded, Reese looked over to the baseline referee, gesturing at her right foot and in clear pain. Eventually, Reese committed a foul that let her exit the game. She recoiled as a trainer tended to the foot on the bench and would eventually leave to the locker room on crutches and with assistance from team personnel.

A day later, the team announced Reese had a fracture in that right foot, likely ruling her out for the rest of the regular season.

And although the Terps cruised to a 112-78 victory over the Tigers, considering the grueling Big Ten slate on the horizon — starting against Rutgers on Monday — Maryland will need to quickly find a way to mitigate the loss of Reese.

“Angel came out as a freshman and was doing a lot of great things for us,” head coach Brenda Frese said. “So obviously it’s a really tough loss for us.”

When Reese exited the game, Frese sent in forward Mimi Collins as her replacement. The redshirt sophomore has averaged 7.8 points and 5.5 rebounds in 20.3 minutes per game. However, Collins won’t be tasked with replacing Reese alone. Frese is also looking for guard/forward Faith Masonius to step up.

“They both have had really good practices, kind of owning and wanting that responsibility,” Frese said.

Masonius, who averages 6.3 points and 4.8 rebounds in 20.5 minutes per game, is a bit shorter than Collins and Reese at 6-foot-1. And that lack of size might end up mattering when it comes to a robust presence for the Terps inside.

“There’s going to be some big shoes that we need to fill in every aspect of the game,” Masonius said. “[We’re] just staying focused and doing what we have to do.”

Reese was a dominant shot-blocker, leading the team with six rejections in just over three games. Collins was second on the team with three while Masonius hasn’t registered one yet, but Frese thinks the lack of shot-blocking can be overcome in other areas.

“When you look at the experience of Faith and Mimi they probably have a lot more experience with our defense,” Frese said. “You know their communication is going to be key with the different types of defenses.”

“I think anyone could be a shot blocker with the right timing and discipline,” she said.

The Terps understand that replacing Reese will need to come in the aggregate. The 17 points and 8.7 rebounds she averaged in her first three games can’t and won’t be made up by just one player. And Monday’s contest against Rutgers is the first step in that journey.

“Like we talked about, nobody has to do it by themselves. It’s one rebound and one point more than what you were doing before,” Frese said. “This team has showed that they’re more than capable of being able to absorb that.”