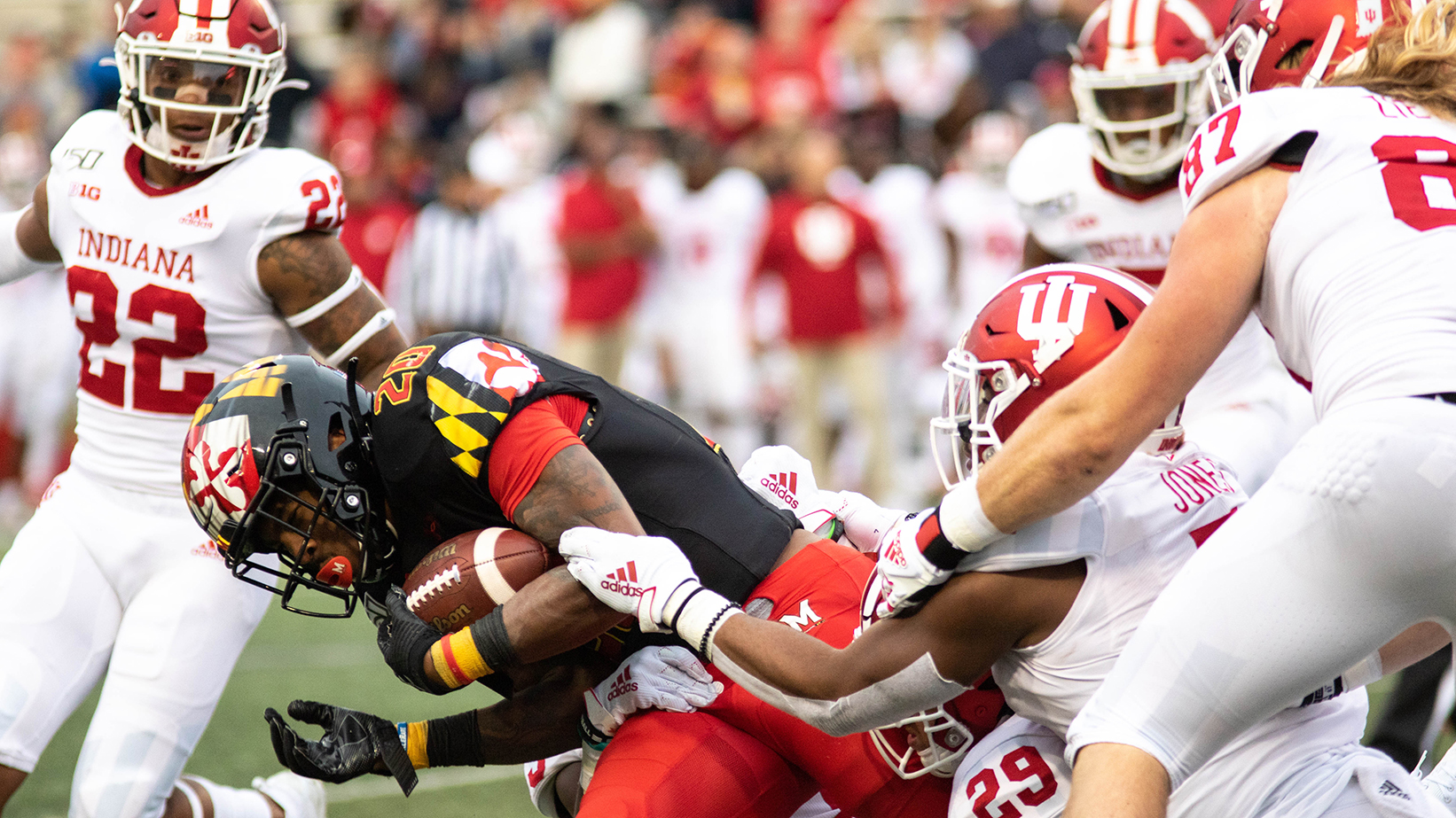 Maryland football running back Javon Leake is tackled during his team's 34-28 loss to Indiana on Oct. 19. (Julia Nikhinson/The Diamondback)

Last Maryland Win: October 28, 2017 – Maryland 42-39; In a high-scoring affair, Maryland reigned victorious as then-sophomore Jake Funk ran for two touchdowns in the fourth quarter to put the Terps ahead for good. (Could the now-senior running back replicate that performance as a last hoorah?)

Last Indiana Win: October 19, 2019 – Indiana 34-28; The best way to describe the last meeting between these teams would be a Maryland choke. The game was a shootout between Maryland quarterback Tyrelle Pigrome and an Indiana quarterback tandem of Michael Penix Jr. and Peyton Ramsey, but the Terps failed to convert two opportunities in the fourth quarter to go ahead. Running back Javon Leake fumbled in Maryland territory, followed by Pigrome throwing an interception inside Hoosier territory to seal the Indiana win.

Best Maryland Moment: September 27, 2014; Maryland’s first meeting with Indiana as a member of the Big Ten was the first meeting between them since 1935, and featured a shining gem of a performance from the Stefon Diggs-era of Maryland football. In a 37-15 Terps win, Diggs carried the freight with 112 receiving yards on six catches including a 29-yard touchdown reception amidst a 24-3 Maryland scoring run.

Best Indiana Moment: November 21, 2015; Indiana QB Nate Sudfeld left it all on the gridiron in his third-to-final collegiate game, sticking out as Indiana’s best moment against Maryland. The senior threw for 385 passing yards and five touchdowns to propel the Hoosiers to a 47-28 win after trailing 21-3 in the first quarter. Quite realistically, Sudfeld put the team on his back as he was responsible for all touchdowns scored in Indiana’s game-changing 37-7 run.