An Indiana beat writer tells us what to expect from the No. 12 Hoosiers against Maryland 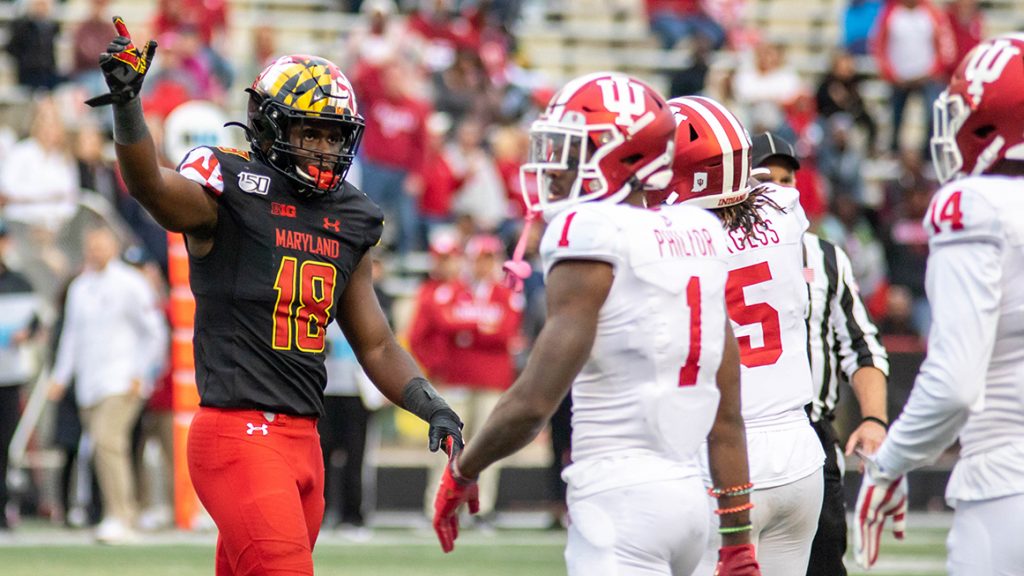 Maryland’s defensive back Jordan Mosley during the Terps’ 34-28 loss to the Hoosiers on Oct. 19, 2019. (Julia Nikhinson/The Diamondback)

After having its last two games canceled due to a COVID-19 outbreak within the program, Maryland football is back in action as they travel to Bloomington, IN to take on No. 12 Indiana. The Hoosiers, who are off to a blistering 4-1 start, fell short in their upset attempt against No. 3 Ohio State a week ago. Ahead of the Terps visit to Indiana, we reached out to Evan Gerike of the Indiana Daily Student to learn more about the Hoosiers.

Our conversation has been edited lightly for clarity.

Indiana has caught the nation by surprise, getting off to a great start to the season. What makes this Indiana team different than previous years?

Indiana’s start is a culmination of experience and Tom Allen’s recruiting. Players that Allen has brought in, like Michael Penix Jr. and Tiawan Mullen, are now returning for their second or third seasons. The talent has been there, now they are showing it to the rest of the country and they have the confidence to back it up.

Whop Philyor and Ty Fryfogle comprise one of the nation’s best receiving duos. What makes the two so hard to guard?

Philyor is the quicker receiver that can slip open, Fryfogle is the guy who will just jump over defenders to make a play. The two of them make for a relentless receiver duo and give Penix the ability to turn to either at any time. Part of their success also comes from Indiana’s other receivers. Guys like Miles Marshall, Peyton Hendershot or David Ellis can also make plays, and since Penix is comfortable hitting them as well as his top two guys, the offense becomes a lot harder to handle.

Indiana’s defense has been very active, forcing 15 turnovers so far on the season. What makes the defense so successful in the takeaway department?

The secondary is very active and is not afraid to make a big play. Tiawan Mullen was an honorable mention all-Big Ten last season and has only gotten better. Safeties like Jamar Johnson and Jaylin Williams seem to be all over the field and have been instrumental in breaking up passes and picking off quarterbacks.

Players like Michael Penix Jr., Whop Philyor, Ty Fryfogle and Tiawan Mullen receive a lot of praise for their play. Who are some of the more unheralded stars on Indiana?

Penix, Fryfogle and Mullen have received a lot of praise this year, and rightly so. But there have been many contributors, like Marshall, Johnson and Williams. Linebacker Micah McFadden has also had a huge season and has been one of IU’s best defensive players, especially stopping the run game.

Indiana wins if the defense slows down Taulia Tagovailoa and the offense continues to play like it has.

Maryland wins if it can shut down Penix and its offense can spread the field enough to keep the defense on its heels.