Season four of ‘The Crown’ is a smashing success 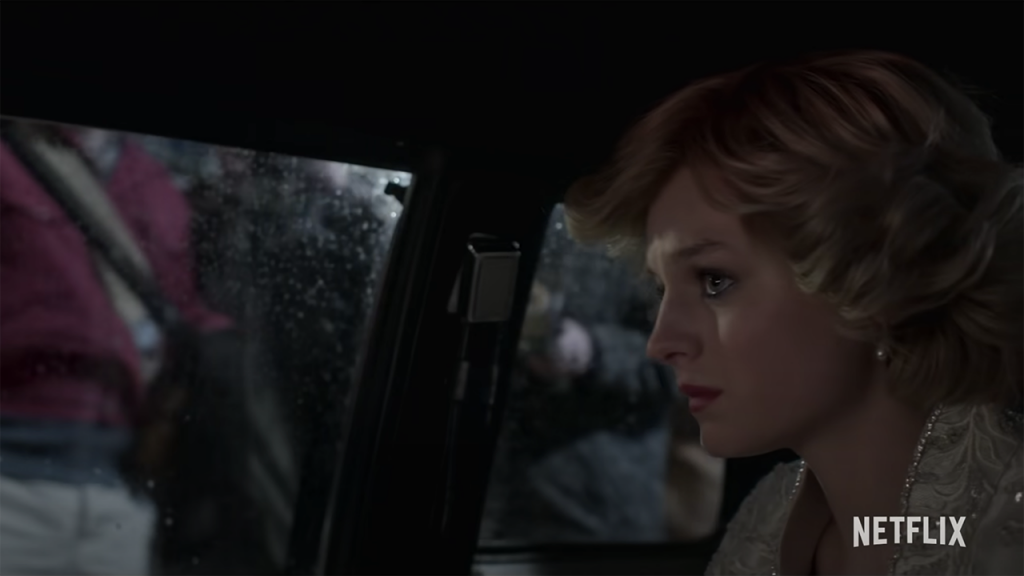 Why would I care about the royal family? At least other celebrities offer some special talent or backstory I find endearing. The royals, on the other hand, are mostly unremarkable and certainly didn’t earn their place in popular culture on the merits of any special skills. The best explanation I can think of comes from the old adage that truth is stranger than fiction. By this logic, real-life drama creates the greatest spectacle. The royals make for the best drama, probably because the details of their lives play out like a soap opera. But what happens when you’re on the other end of that spectacle, and you have to live your life under the microscope?

Season four of The Crown examines this. Through the experiences of these regal figures, we witness the toll this level of scrutiny takes on a person’s behavior and happiness. It shouldn’t come as a surprise to viewers of the show or followers of the royal family that these effects are not particularly positive.

This season takes place between 1979 and 1990, which means its primary fixations are the emergence of two incredibly important women in British and world history: Princess Diana (Emma Corrin) and Prime Minister Margaret Thatcher (Gillian Anderson). The members of the family we have typically followed for three seasons take a backseat. There is not a lot of Prince Philip (Tobias Menzies) or Princess Margaret (Helena Bonham Carter), and what we do get from them mostly amounts to comic relief. Frankly, I was taken aback by how little of the queen (Olivia Colman) we get compared to previous seasons. To be sure, this is a product of history; there just wasn’t a lot going on with the royal family’s elders in the ’80s. What we do get from these characters is splendid.

[“A Teacher” is average, but addicting]

Much of the family’s story is told through the relationship between Prince Charles (Josh O’Connor) and Diana. For the royals, life in the spotlight and under the thumb of countless traditions and customs created a sense of detachment from reality and their emotions. In seasons 2 and 3, we saw this mold Charles’ insecurities and outlook. In season 4, we see him inflict it onto Diana, the outsider whose desire for a happy marriage is met with Charles’ resentment and jealousy, as he envies her popularity with the public.

Corrin does a great job at capturing Diana’s likability, which quickly catapulted her to global icon status. For his part, O’Connor masterfully captures the insecure snobbery of Charles, whose resentment of Diana leads him to constantly cheat on her with Camilla Parker Bowles (Emerald Fennell). Watching this relationship blossom and then sour is incredibly engaging. In the season’s strongest episode, “Fairytale,” we witness Diana’s journey from love-struck soon-to-be princess to emotional wreck because Charles won’t return her calls. We see the beginning of a notoriously fraught relationship ahead of the iconic royal wedding. Alas, the episode never actually shows us the wedding. Many viewers learned the events of this story long ago, but that does not diminish how enthralling it is to see them dramatically portrayed.

The season’s other main storyline was the tenure of Thatcher, a controversial figure in British history. She, along with her American counterpart Ronald Reagan, pioneered a brand of conservatism that reduced government power by taking funding and resources away from government programs. Under her leadership, the United Kingdom experienced widespread unemployment and labor strikes.

The season most directly reflects this historical moment in the episode “Fagan,” which follows a disaffected Brit who ends up breaking into Buckingham Palace to air his grievances to the queen. Anderson imbues Thatcher with the requisite stiffness that earned her the moniker “The Iron Lady,” but also affords her a humanity that allows us to sympathize with her and understand her unique position as the U.K.’s first female prime minister.

One intriguing aspect of The Crown is that they recast each role every two seasons to account for the passage of time. I think there is something unintentionally poetic about this aspect of the show. Sometimes, we look back on our past selves and we see an entirely different person, the way Colman’s Elizabeth might look back on Claire Foy’s version of the same role (maybe I’m thinking too much about this). Next season, we’ll be getting Imelda Staunton (who played Dolores Umbridge in the Harry Potter series) as Queen Elizabeth, Lesley Manville (Phantom Thread) as Princess Margaret, Jonathan Pryce (Game of Thrones) as Prince Philip and Elizabeth Debicki (Tenet) as Princess Diana. I’d really like to see Benedict Cumberbatch take on the role of Prince Charles, but we rarely get what we want in life, so I’m not counting on it.

Season four of The Crown proved to be quite the enjoyable ride. The show is so well crafted in every area — acting, writing, direction, costume and set design — that it never ceases to impress and entertain. The only aspect of the season leaving me wanting more was the music choices. The score is great (Hans Zimmer really popped off on the theme song), but the ’80s was a great music decade, and I could have used some more of The Smiths. I’ll forgive them, as nobody’s perfect. The show’s gift of fictionalization turns these stuffy uber-aristocrats into marvelously entertaining characters, keeping us interested in what would otherwise be a pretty boring family.